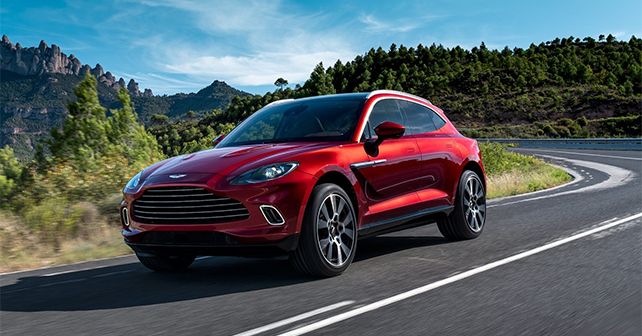 After Bentley, Lamborghini and Rolls Royce, now, Aston Martin has taken the wraps off its first SUV – the DBX. Five years of development has gone into producing the DBX. It will be powered by an AMG-sourced 4.0-litre twin-turbo V8

Even the best luxury and sportscar brands are not being able to resist venturing into SUVs. Over the past few years we have seen brands like Bentley, Lamborghini, and Rolls Royce bring in SUV. Now, Aston Martin has joined the bandwagon with the official unveiling of the new DBX SUV.

Given that Aston Martin has been struggling over the past few months, it has its hopes riding high on the DBX. At least in terms of the design, Aston Martin seems to have got it right. The DBX retains essential Aston Martin design cues like the horizontal slat front grille, the pulled back headlamps and a neatly crafted bonnet with sharp creases. The DBX has a hot looking profile too. The roof blends into the tail section in a coupe-esque manner. Just like the Vantage, the DBX too gets a fixed spoiler and a singular bull-horn shaped taillight running across the boot.

At just over 5 metres in length, the DBX is the shortest car in its class. Aston Martin has also managed to keep the weight in check. The DBX tips the scale at about 2240kg which is higher than the Urus but considerably lighter than the Bentayga and the Cullinan. 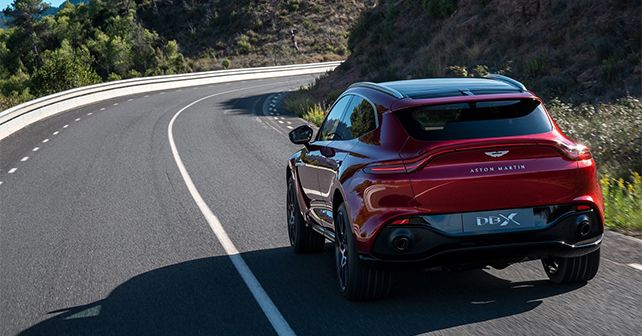 Just like the Vantage and some variants of the DB11, the DBX too will get its firepower from a 4.0-litre V8 twin-turbo sourced from AMG. This one produces 542 horses and 700Nm of torque. The 9-speed automatic transmission has also been borrowed from Mercedes. Aston Martin claims that the DBX can do the 0-100km/h dash in 4.3 seconds and record a top-speed of about 291km/h.

Aston Martin claims to have worked hard to ensure that the DBX retain the brand’s driving DNA. The SUV is fundamentally rear-wheel driven but a central transfer case ensures that torque is sent to the front wheel when demanded. The DBX also gets torque vectoring on the rear differential. Other features include adaptive dampers and air suspension and five driving modes.

Bookings for the Aston Martin DBX have commenced and deliveries are expected to start around May 2020. In the American market, the DBX is priced at $192,086, roughly Rs 1.37 crore.