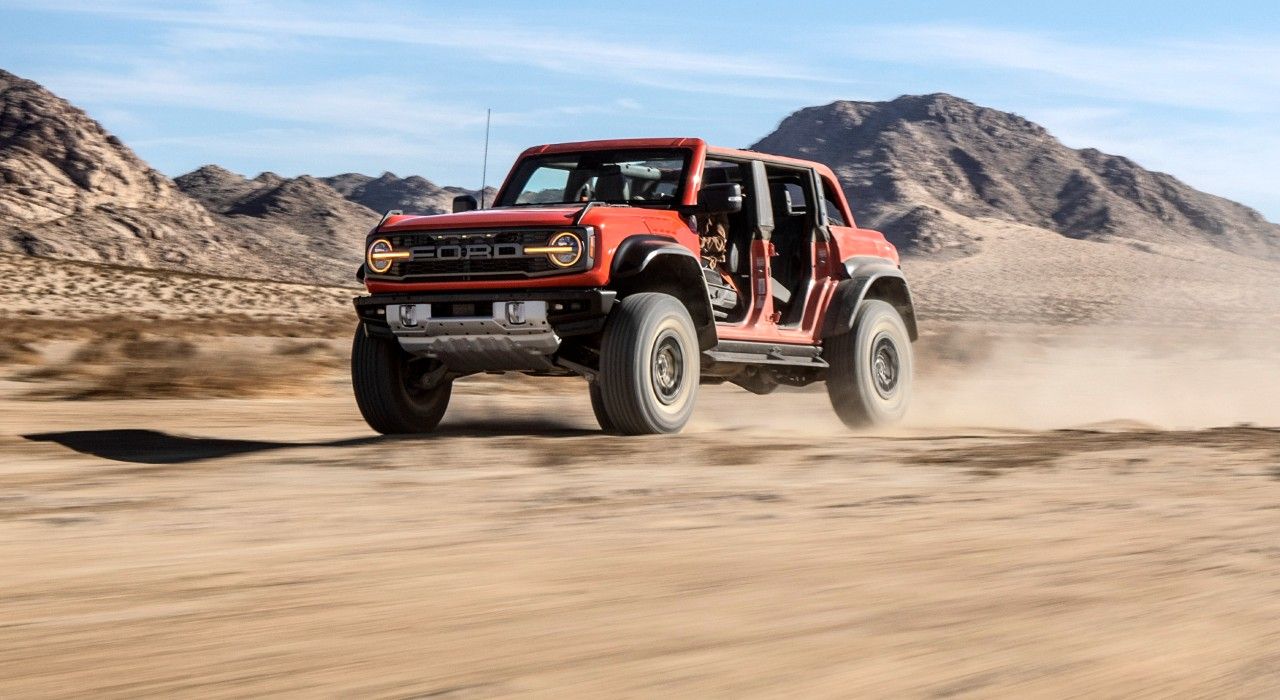 The Ford Bronco Raptor is the most powerful street-legal Bronco ever!

The Ford Bronco Raptor has been a long time coming, and while it isn’t really expected to come to the Indian market, it is still a really substantial upgrade over the standard Bronco, which includes some rather drool-worthy features. From the Baja Mode and race-ready suspension to extremely wide tyres, a washable interior, and more, let’s take a look at the five coolest things on the Bronco Raptor.

The regular Bronco marked the debut of the G.O.A.T. modes, with various programs for different terrain, and the Bronco Raptor builds on that with an all-new Tow/Haul mode, which allows you to tow over 2000kgs. However, the cooler update is to the Baja Mode, which activates a turbo anti-lag calibration to give you instant power while bashing dunes. 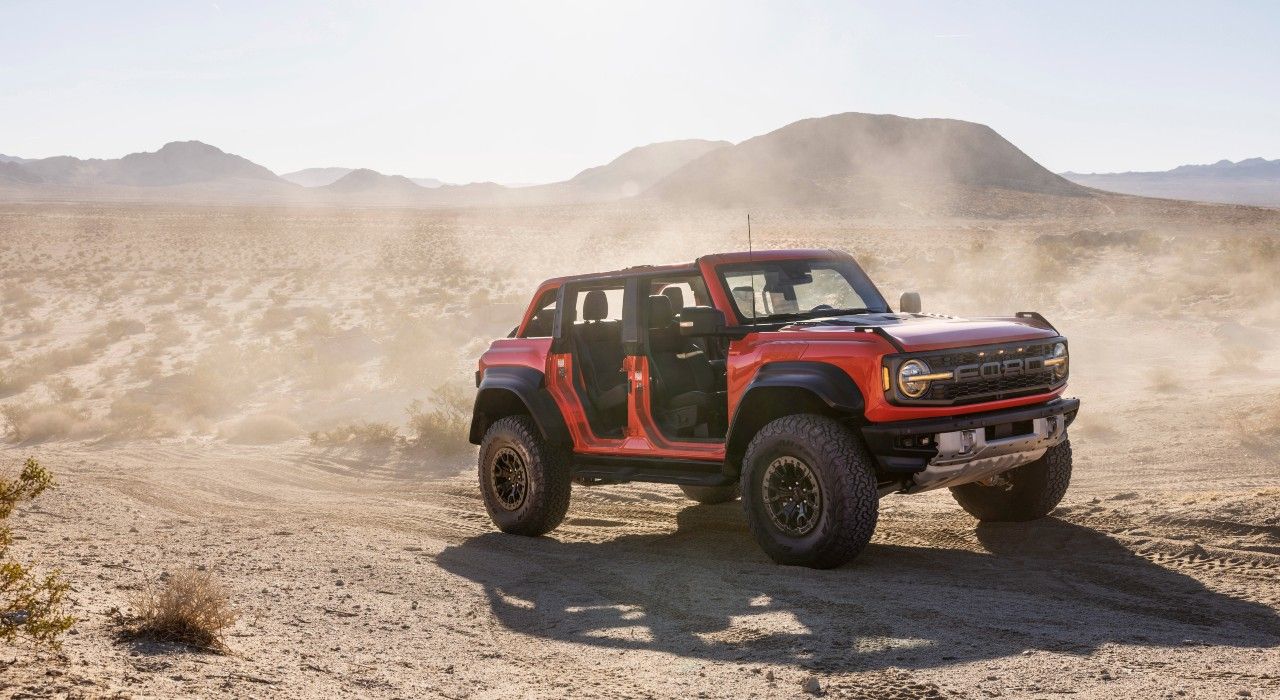 Dirty outside, clean inside

As standard, Ford will offer the Bronco Raptor with fabric seats and no carpeting on the floor to allow owners to easily wash the interior in case it gets dirty while off-roading. You can, however, also option suede seats and carpets, among other luxuries. 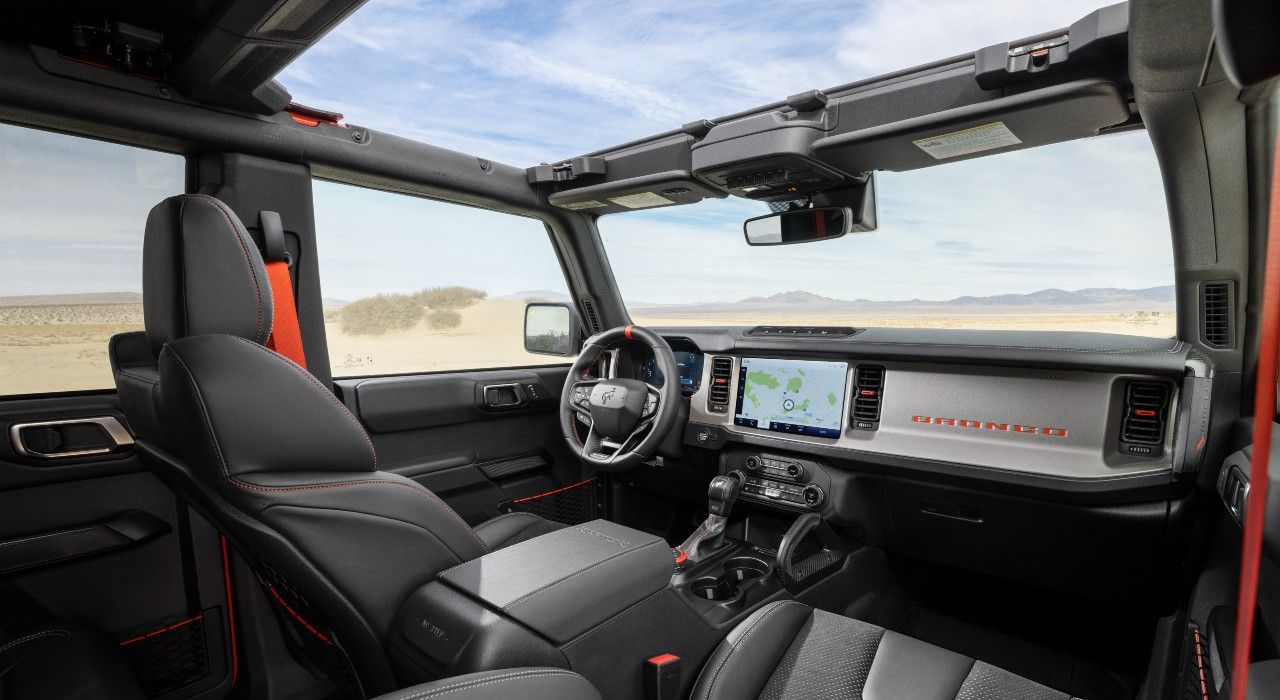 One of the highlights of the Bronco Raptor was its engine – a 3-litre EcoBoost V6. While it is larger than the one found on the standard Bronco range, it isn’t an engine commonly used in the Ford lineup and definitely not the same unit as the F150 Raptor’s 3.5-litre V6. Ford hasn't stated specific figures yet but says that it will produce over 400hp, which should give enough oomph to the Bronco Raptor.

Probably the coolest thing about the Bronco Raptor is its incredible numbers – 330mm and 355mm suspension travel at the front and the rear, respectively, and 332.7mm of ground clearance. And if all that isn't enough, it features 37-inch tyres – the largest tyres for any production SUV in the United States! 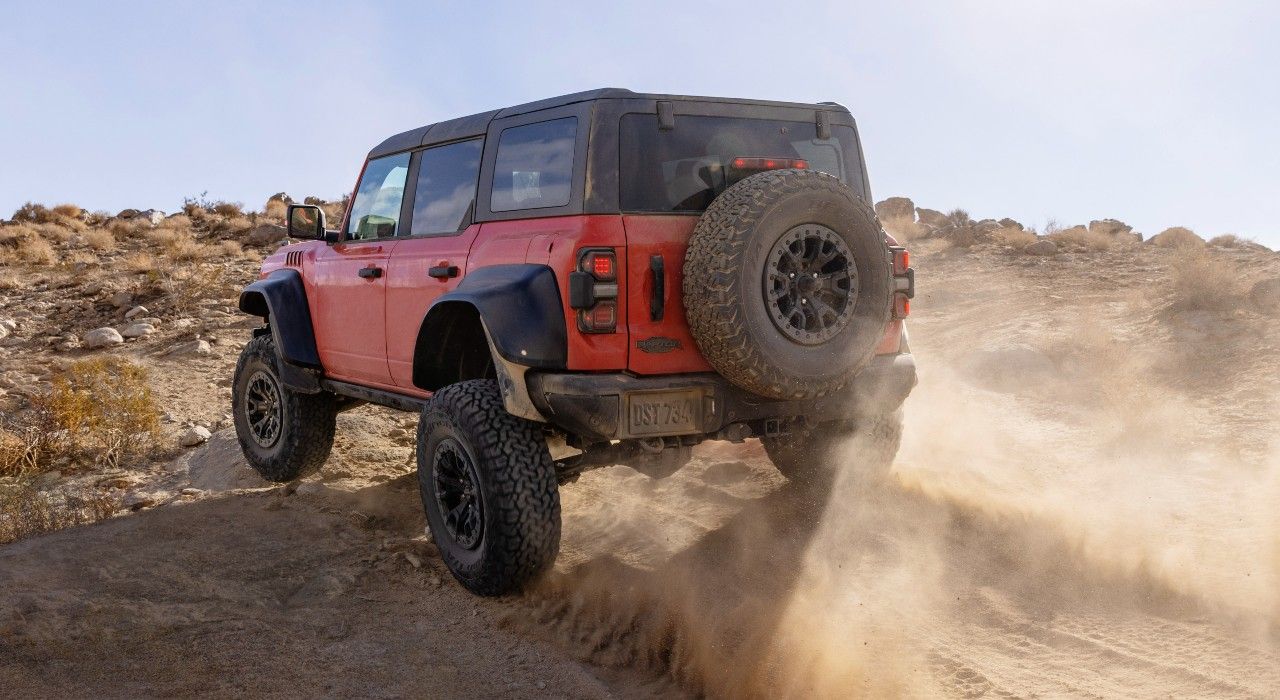 That said, the fact that the Bronco Raptor won’t make it to India is slightly heartbreaking. It would be cool to see a direct rival to the mighty Jeep Wrangler here in India.