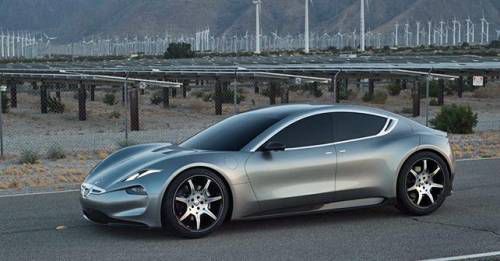 Fisker has revealed an image and some intriguing details about the new Fisker EMotion electric vehicle.

Henrik Fisker, tweeted an image of his new car the Fisker EMotion and has revealed some fascinating details about the car prior to its official public debut.

The image only reveals the exterior design of the EMotion which kind of resembles the Tesla Model 3… only bigger. The Fisker EMotion has a sloping roofline and is styled to look somewhat like a notchback. The EMotion is a four-door saloon, and all of them have a butterfly opening mechanism. The car sits on large wheels with 7-spoke rims.

Fisker claimed in the tweet that the EMotion will be the world’s most advanced electric vehicle. In addition, he also claimed that the plug-in electric vehicle will have a range of over 640-kilometres, and will have a capability of fast charging its batteries in just nine minutes. Of course, this fast charging will most certainly depend on the equipment the vehicle is being charged with. However, the EMotion will have autonomous drivability and will also be a connected car. The EMotion will feature LIDAR technology for its autonomous driving features, however, up to what level will it be autonomous, remains to be seen.

At the moment, the EMotion looks like it is in its concept stage. However, only time will tell if Fisker can turn this wish list into reality.