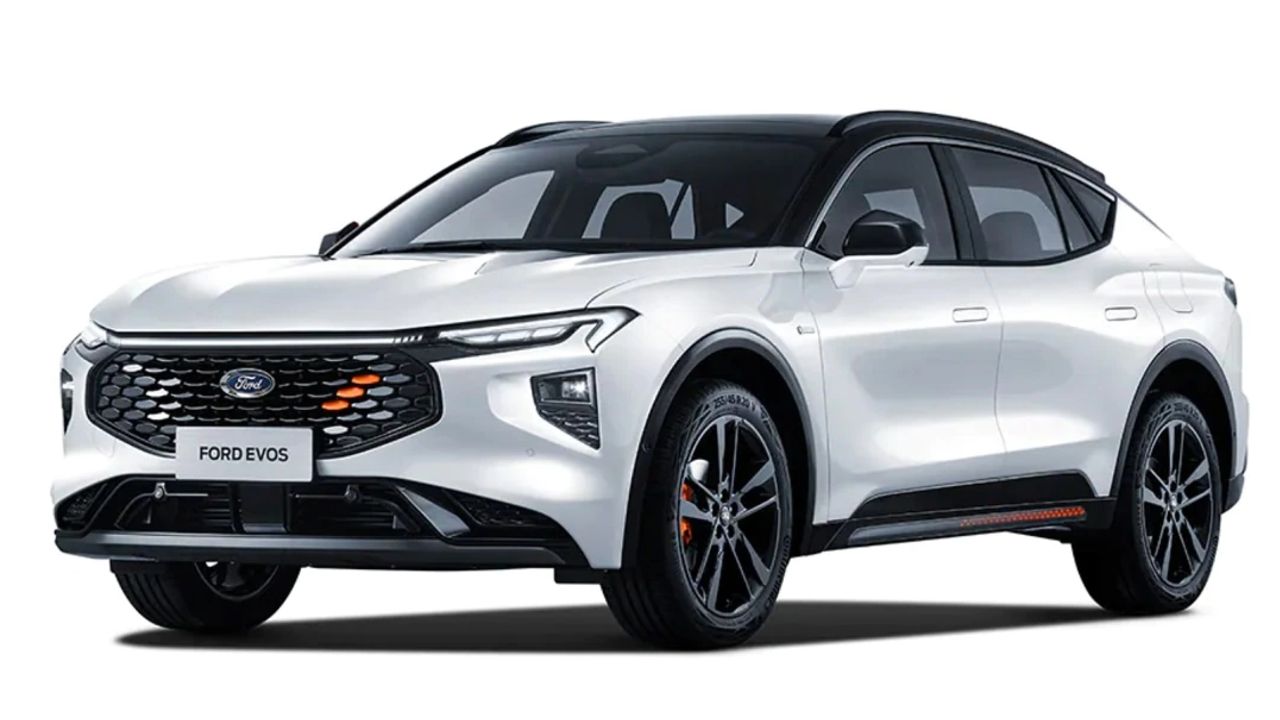 Ford Evos, a crossover developed for China, has been unveiled at the Auto Shanghai 2021. Technical specifications have been kept under wraps, but the exterior and interior have been completely revealed.

Ford has revealed the Evos crossover at the Auto Shanghai 2021. The Evos is the first product to break cover under Ford China’s 2.0 strategy, and Ford has also confirmed that the vehicle has largely been developed by its team in China. 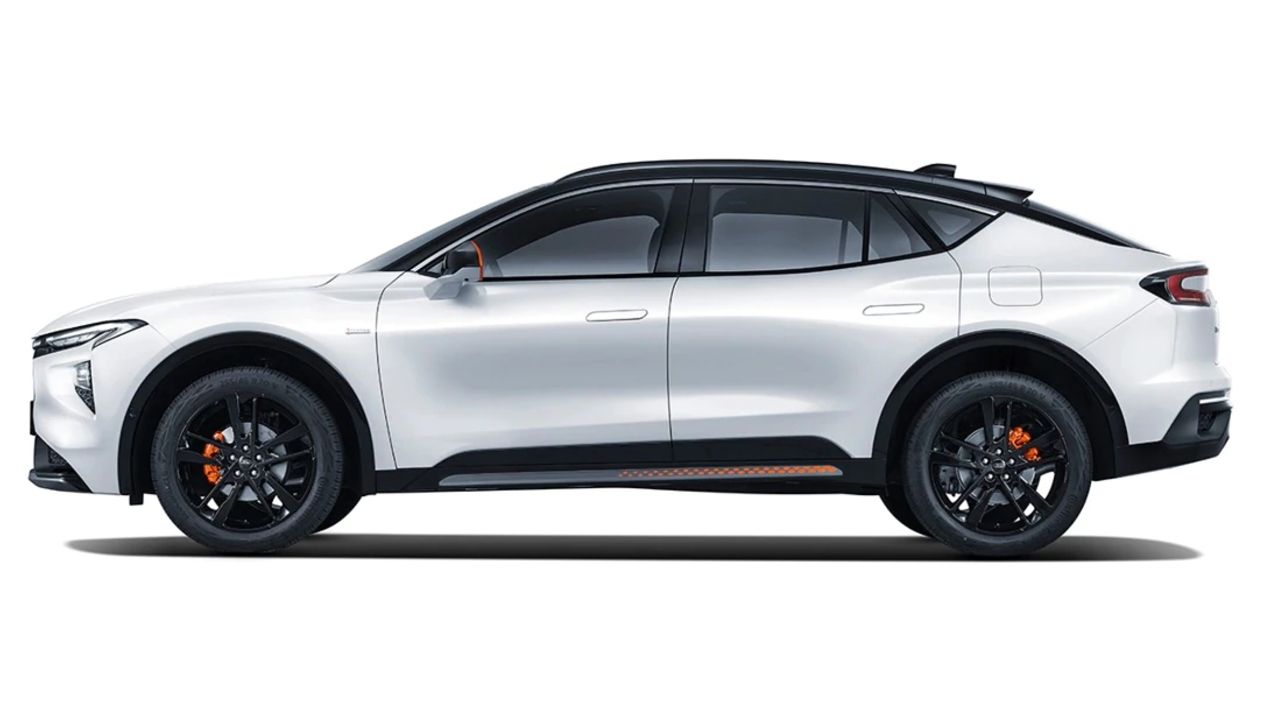 Ford China has peculiarly styled the new crossover as an SUV coupe. The roofline slopes downwards and blends into the body panel eliminating the D-pillar. In the profile view, you see flush door handles and minimum body cladding. The body cladding sports an orange highlight, which compliments the orange-painted brake callipers on all four wheels. The orange highlight is also noticed on the rearview mirror surrounds. The rear end of the Ford Evos sports a boomerang-styled tail lamp assembly. The light bar surrounds the crease (meeting point) of the boot-lid and the rear glass. 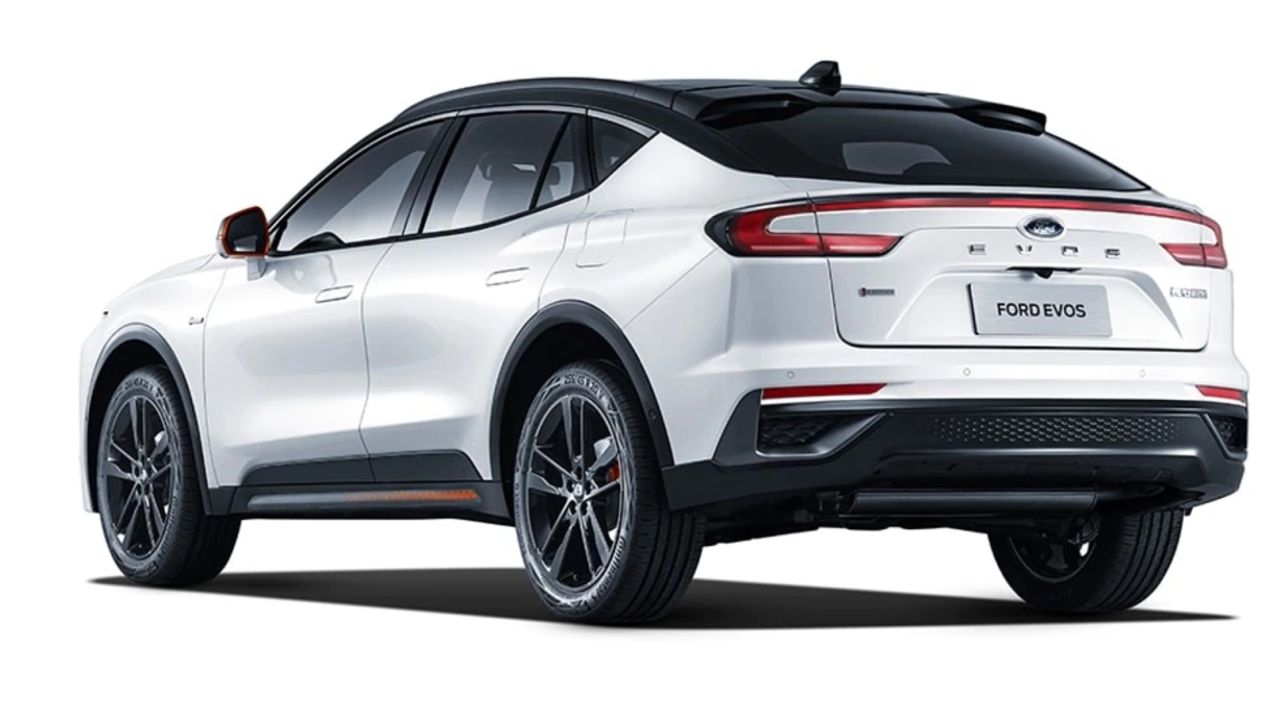 Inside, the orange highlights continue on the steering wheel, as well as, on the centre console. The seats and the soft-touch materials on the dashboard and door cards get orange stitching as well. However, the mainstay of the cabin is the 27-inch ultra-wide touch-operated screen. While the one-third side of the screen is exclusive to display the instrumentation and necessary driver information, the middle and the remaining side is used for the multimedia infotainment system that can be operated by the co-passenger. The screen has been equipped with Ford’s SYNC+ 2.0 along with Baidu's artificial intelligence – similar tech is available in the Ford Mach E, which is on sale in the international market.

The source of power is likely to be a 2.0-litre turbocharged unit, which also does duty in the Ford Bronco Sport; however, Ford has not disclosed any of the technical specifications of the Evos yet. 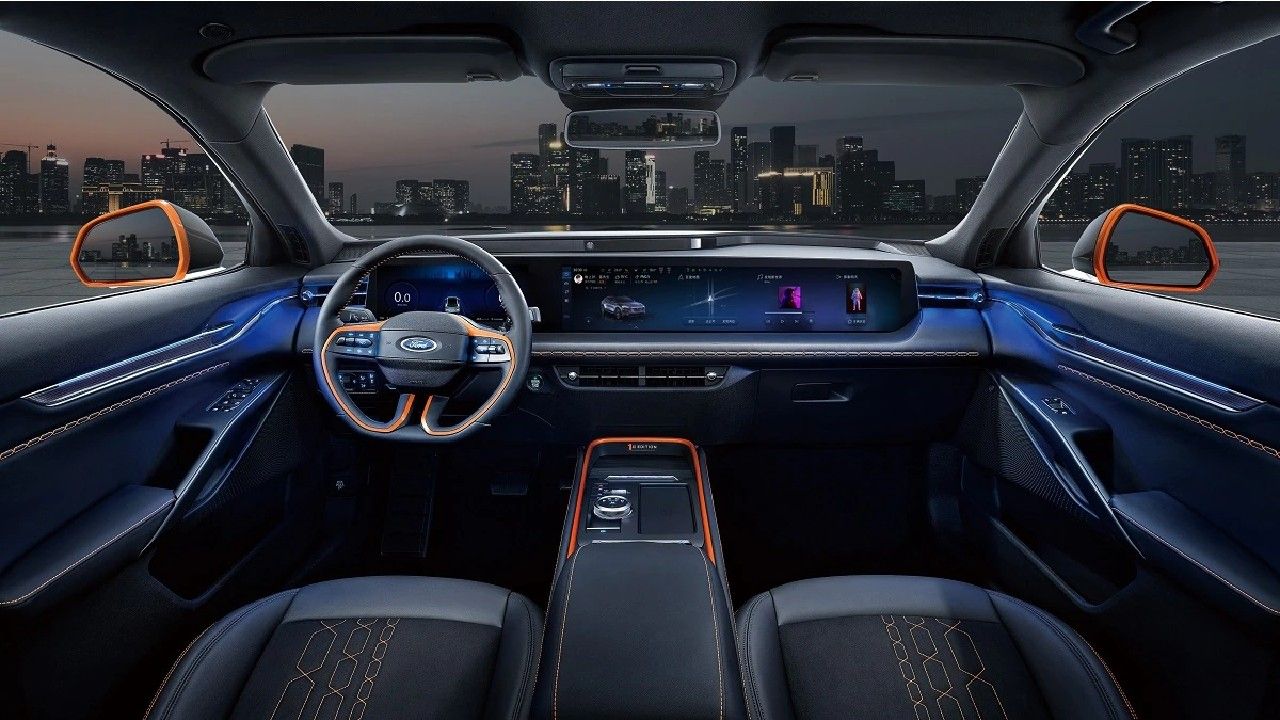 Currently, Ford India has the EcoSport and Endeavour in its SUV vertical. Ford had recently updated the EcoSport with the SE variant in India. The EcoSport is priced between Rs 8.19 and Rs 11.69 lakh, and the Endeavour starts at Rs 29.99 lakh and goes all the way up to Rs 36.25 lakh (all prices are ex-showroom). The pricing gap between the top-spec EcoSport and the base variant of the Endeavour is Rs 18.3 lakh. Ford India has no product that rivals the SUVs in the market space, such as the Hyundai Creta, Kia Seltos, Tata Harrier, MG Hector, and the upcoming Skoda Kushaq and Volkswagen Taigun. It was rumoured that Ford and Mahindra’s JV could conceive a 5-seater SUV for the Indian market; however, since the joint venture has been called off, no platform or powertrain sharing will take place, confirmed Ford India. However, a possibility of a newly developed crossover SUV from Ford for the Indian market cannot be ruled out.