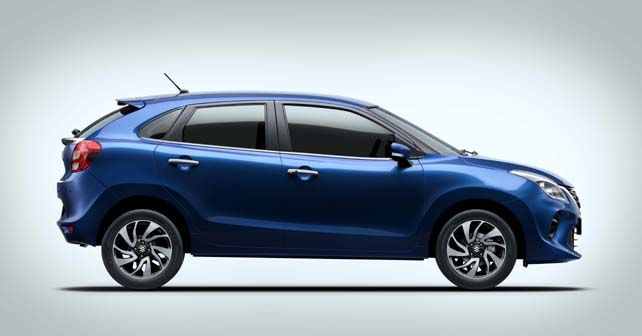 It seems like the time to bid farewell to the potent Baleno RS is just around the corner. This notion stems from the fact that Maruti Suzuki has recently announced a hefty price cut on its lone performance hatchback, which has failed to deliver in terms of sales figures. The price cut, which is pegged to be around the ₹ 1 lakh mark, can further be combined with additional discounts/benefits being offered by NEXA dealerships on the Baleno RS' existing inventory. Together, the total benefits available on the performance hatchback are anywhere between ₹ 1.5 lakh to ₹ 1.65 lakh.

To understand this move, we need to go back in time a bit. In April 2019, Maruti Suzuki started its BS-VI innings by introducing the updated Baleno. The BS-VI Baleno received a new 1.2-litre K12C DualJet Smart Hybrid petrol motor and Maruti Suzuki also took the opportunity to update the existing 1.2-litre K12B petrol engine as per the new emission norms. With both petrol engines now BS-VI compliant, it seems only natural that Maruti Suzuki is likely to phase out the 100bhp, 1.0-litre three-cylinder Boosterjet motor, which is exclusive to the Baleno RS. In terms of controlling production costs, it does not make sense for the homegrown carmaker to invest in the upgrade of an engine which is not shared with any other model in its portfolio.

Apart from the Baleno RS, Maruti Suzuki is also offering limited-time (till 30th September 2019) discounts on all its NEXA models. Out of all the deals, the most lucrative one appears to be that on the S-Cross. Combining all the offers on it, the S-Cross can save you up to ₹ 1.13 lakh! Meanwhile, the diesel units of the Baleno & Ciaz are also on sale with discounts ranging from ₹ 62,000 going up to ₹ 87,000.