Hyundai Aura teased, may sit above the Xcent 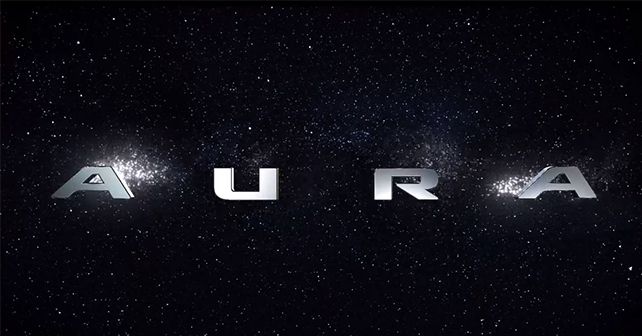 Hyundai has been on a car launching spree this year. After the Kona, Grand i10 Nios and the Elantra, they have now announced the name of its upcoming car - the Aura.

Hyundai India has released a teaser video of its upcoming product and announced that it will be called Aura. While details of the new Aura haven’t been revealed yet, we expect it to be a new compact-sedan that will replace the Xcent. The company claims that the upcoming Aura will be an amalgamation of comfort, style, technology and safety.

Earlier this year, Hyundai brought in the Grand i10 Nios and positioned it above the Grand i10. It seems Hyundai would be following a similar strategy for the Xcent as well, with the Aura positioned above it. Keeping that in mind, expect the Aura to be loaded in terms of equipment and comfort features.

Test mules of this new car have been spotted on several occasions but most have been very well camouflaged. Given the family design language, it is safe to expect that the Aura will have a face similar to the Grand i10 Nios. On the inside, a large touchscreen with Apple CarPlay and Android Auto, leather wrapped steering, automatic climate control, cooled glove box and more can be expected.

As far as engine options go, the Aura will share its motor with the Grand i10 Nios - a 1.2-litre 4-cylinder Petrol and a 1.2-litre 3-cylinder diesel - both of which will be BSVI compliant.

The Aura will compete against the likes of the Maruti Suzuki DZire, Honda Amaze, Ford Aspire and the likes.