Hyundai Elantra – All you need to know 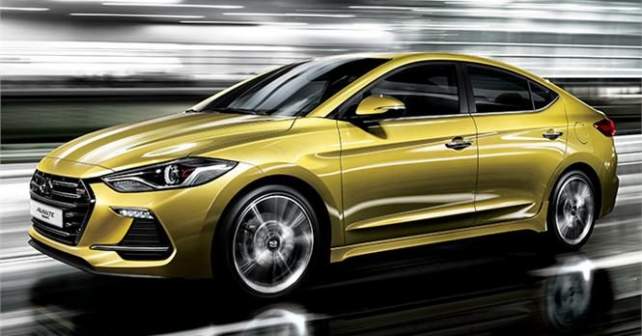 While the D-Segment sedans have been dominated by the Toyota Corolla Altis every since its launch despite the segment not having many takers in India, Hyundai is planning on bring the sixth-generation Hyundai Elantra to the market.

Hyundai is expected to launch the car by the end of August or early September 2016. So if you are looking for a D-Segment sedan and are waiting for the Elantra to arrive, we and penned down all the things you need to know about the updated Elantra that is on its way.

Hyundai will offer the Elantra in India with a petrol and a diesel engine options. The same 1.6-litre, 4-cylinder petrol and diesel engines that power the current Elantra in India will remain under the bonnet, however some refinement in performance is expected in the new generation Elantra. The 2.0-litre petrol engine that is offered in the international market, may also be introduced in India. A 6-speed manual and a 6-speed automatic gearbox options will be offered in the new Elantra.

While both the 1.6-litre engines will likely remain, some performance enhancements are expected in terms of economy and refinement. The 1.6-litre, diesel unit produces around 126bhp and 260Nm of torque. The 2.0-litre, petrol unit that may make it to Indian shores develops 149bhp and 179Nm of torque. All engines will have a manual and automatic options.

With a new generation of the Elantra, Hyundai will probably try and squeeze out some more mileage out of the engines. The current Elantra diesel has a claimed fuel economy of 19-22kmpl*. The refined diesel engine in the Elantra is expected to be in the ball park of 22-23kmpl*. The petrol engine which currently gives 14-16 kilometres to a litre, is expected to give some where around 17-18kmpl of fuel economy in the updated car.

Apart from the brand new styling, the Elantra will come loaded with features just like every other Hyundai on sale in India. The sixth-generation Elantra will get LED Day-time running lights, a brand new head-lamp assembly that will also feature cornering lights, 17-inch alloy wheels, LED tail-lamps are only to name a few from the long list. The interior will also get electronically adjustable front seat with memory function, multifunction steering wheel, Android and Apple CarPlay with an 8-inch touchscreen for the infotainment system, and park assist with a reversing camera. The new Elantra will also be fitted with ABS, traction control, Airbags including a driver knee airbag, Blind Spot Detection System and Cruise Control.

The D-Segment sedans has been dominated by the Toyota Corolla Altis that sells around 500 units on average every month. Followed by the Skoda Octavia and the Volkswagen Jetta which sell in significantly less numbers compared to the Corolla. While Chevrolet offers the Cruze and Renault with the Fluence make up the segment in addition to the Elantra. None of these cars have been able to dethrone the Corolla from the top spot, but we will have to wait and see how the new Elantra stacks up against the competition.

To stay competitive with the Corolla Altis, Hyundai may decide to launch the Elantra at a similar price point to the ever popular Japansese sedan. The 1.6-litre petrol version is expected to be launched around Rs. 16-18 lakh ex-showroom, while the diesel could be around the price range of 17-19 lakh ex-showroom. The 2.0-litre petrol engine, if it makes it to Indian shores, would probably priced slightly more premium.