Hyundai Grand i10 Nios to be launched in 10 variants 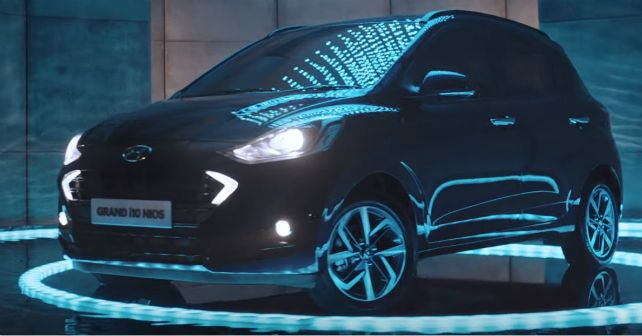 Expected to be launched on 20th August, the Hyundai Grand i10 Nios will come in seven petrol and three diesel variants. This third-gen offering will ditch the old four-speed automatic in favour of an AMT

Hyundai released the first images of the new Grand i10 Nios earlier this week. We told you all the significant updates that the car has from the old Grand i10. Right from the exterior design, features to the interior, pretty much everything about the Grand i10 Nios is new. It has now come to light that the car will be introduced in 10 variants – seven petrol and three diesel.

This new hatchback is likely to continue with the same engine options as the Grand i10 – 1.2-litre petrol and diesel motors. There will be two key differences though, these motors will be BS-VI compliant, and unlike before, the they will now come paired with an AMT too. Just like the Korean car maker does with the rest of the model range, the Grand i10 Nios will only get the AMT in the higher trims.

As far as petrol trims go, the Grand i10 Nios starts with Era as the base and Asta at the top. Both these variants will only come paired with a 5-speed manual to start with. The mid-spec Sportz trim will possibly get the AMT option. The higher variants will also come with dual-tone interior and the top-end Asta will come with all the bells and whistles.

For those looking for a diesel, the Grand i10 Nios Magna will be the base and it will come with a 5-speed manual transmission option. Despite being at the bottom of the diesel range, the Magna is likely to have a reasonable equipment list. Just like the petrol iteration, the diesel too will get the AMT option in the Sportz trim. Top-spec models – of petrol as well as diesel variants – will get diamond cut alloy wheels, projector headlamps, boomerang shaped LED lamps flanking the grille, chrome garnish on the door handles and more. On the inside, the Grand i10 Nios will come with a large touchscreen infotainment which is Apple CarPlay and Android Auto compatible, automatic climate control, four power windows, day/night IRVMs, electrically adjustable and foldable ORVM and more.