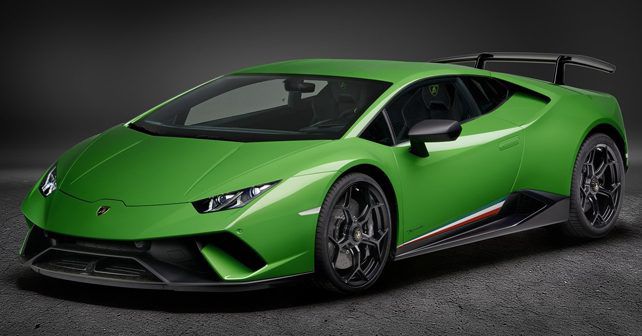 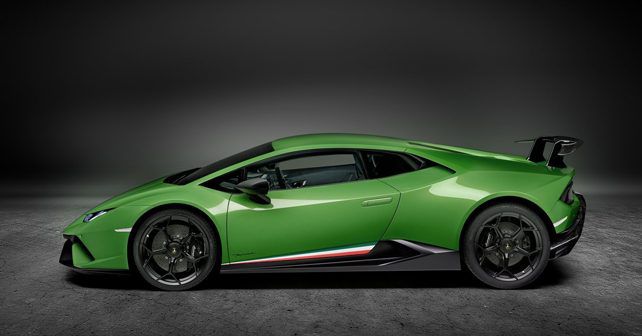 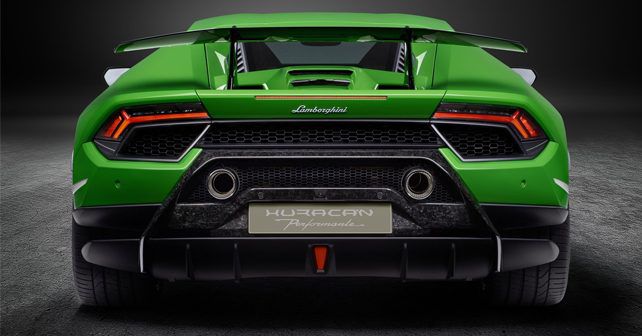 Roughly a month after its global unveil at the 2017 Geneva Motor Show, the track-bred Lamborghini Huracan Performante is now on sale in India.

Lamborghini seems to be on a roll these days in India. After launching the Huracan RWD Spyder and Aventador S over the span of last three months, the Italian sportscar marque has now brought the Huracan Performante into the country. And as you’d imagine, it carries an exorbitant price-tag of Rs 3.97 crore (ex-showroom).

For the uninitiated, the Huracan Performante is the track-bred version of the regular Huracan LP610-4. Every component has been fine-tuned in the Performante so as to make it quicker and more involving over the ‘standard’ model. For instance, the naturally aspirated 5.2-litre V10 powertrain comes with a raft of modifications here, featuring a new bronze manifold, redesigned intake and exhaust manifolds, new titanium valves and new lighter exhaust system that’s placed at a higher and central position so as to reduce back pressure. The combined result of the all that sees the peak power output climb up to 631bhp (vs 602bhp) along with a 40Nm bump in peak-torque to 600Nm. Lamborghini also claims that over 70 per cent of the torque kicks in at just 1,000rpm. The seven-speed dual-clutch automatic transmission has also been tweaked to match the more aggressive engine characteristics of the Performante.

Besides the powertrain, the chassis components have also been modified to rein in the extra firepower. The suspension setup of the Performante is 10 per cent stiffer over the regular Huracan. Lamborghini claims these tweaks improve the roll stiffness by 15%. There’s also a huge rear wing to increase downforce, resulting in vastly improved grip levels. The Huracan Performante also incorporates something called “forged composite” materials in front and rear spoiler, the engine bonnet, rear bumper and diffuser – all of which results in weight savings of up to 40kg.