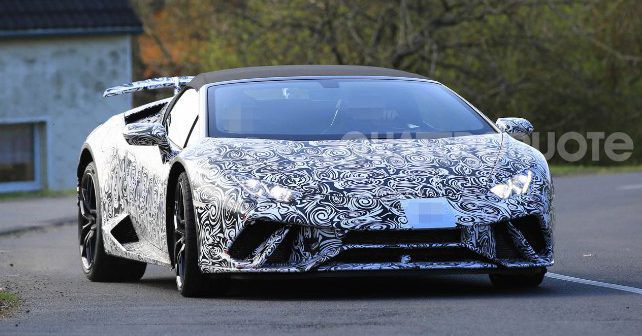 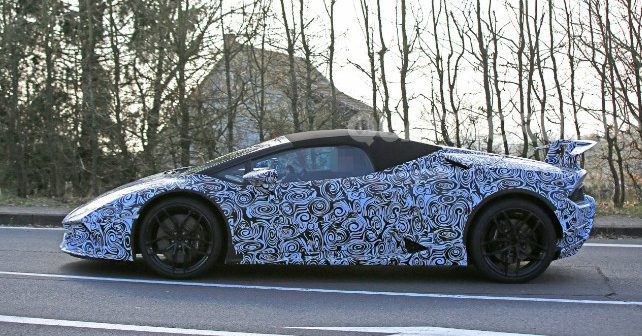 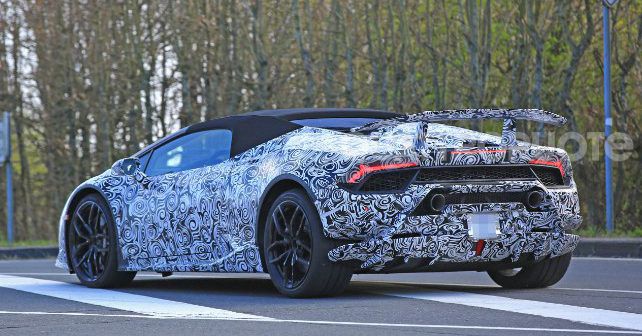 Things seem to be moving at a faster pace at Lamborghini these days. After launching the track-focused Huracan Performante last month at the 2017 Geneva Motor Show, the firm is now busy testing the drop-top version of the same. Our magazine partner in Italy, Quattroruote, has spied the test mules of the Huracan Performante Spyder around Volkswagen Group’s testing facility at Nurburgring.

For the most part, the basics will remain the same with the Huracan Performante Spyder. Like the coupe, it’ll feature a naturally aspirated 5.2-litre V10 that pumps out 631bhp and 600Nm of torque. Power will be channelled to all four wheels via a seven-speed dual-clutch auto.

As is with most of the convertibles, the Huracan Performante Spyder will also come with extra chassis strengthening components so as to compensate for the lack of rigidity of a fixed roof. Performance-wise, expect it to be a bit slower than its coupe derivative, but not by much. Just to remind you, the Huracan Performante does 0-100km/h in 2.9 seconds and has a top speed of 325km/h. The Spyder version shouldn't be far behind in the numbers game.

Another major highlight of the Performante Spyder will be its improved chassis and aerodynamics over regular Huracan models. Like the Performante coupe, the Spyder is expected to incorporate “Forged Composite” in its structural components including front and rear spoiler, the engine bonnet, rear bumper and diffuser. In the coupe, all of these contribute to around 40 kilogrammes of weight savings. In addition to that, the Spyder also gets a massive rear wing for increased downforce, while it’ll also have stiffer springs and arm bushings.