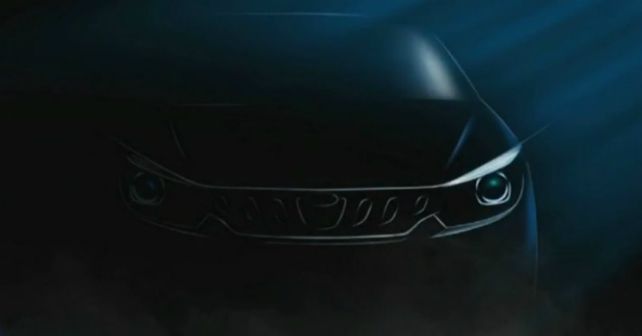 Mahindra has gradually been building up interest about the Marazzo for the past few weeks now. They started with the announcement of the name towards the end of July. Soon after they released an image of the dashboard and more recently the entire cabin. The Nashik-based company has finally announced the launch date of the upcoming MPV - 3rd September.

Detailed information about the Marazzo is still not out, but Mahindra has revealed that the Marazzo will be based on an all-new platform. The company claims the Marazzo has the biggest footprint of all its product. It will go on sale in seven and eight seat layouts. The interior too has been revealed and as expected the 8-seat variant has expected it comes with a beach seat in the second row. The second row has a 4:20:40 split. If the pictures are anything to go by, with all three rows up, there's not much bootspace at the back. Moving up front, the dashboard is draped in beige and black. The T-shaped centre console comes with a 7.0-inch touchscreen infotainment system.

Details of the engine are still not out yet, but the Marazzo is expected to come with a new 1.5-litre diesel motor that makes about 120bhp and 300Nm. This engine is likely to be mated with a 6-speed manual transmission. The Mahindra Marazzo will be launched on 3rd September. On launch, it will slot between the Maruti Suzuki Ertiga and the Toyota Innova Crysta.