Mahindra Y400 to be launched on November 19th 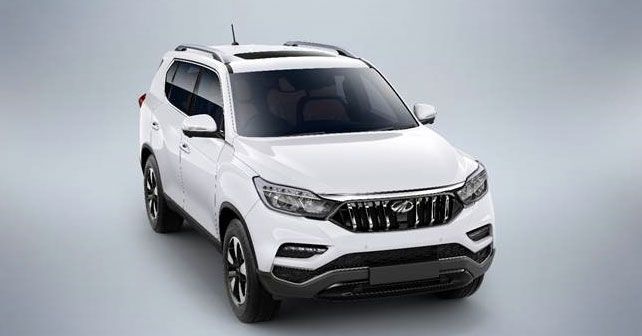 Mahindra will be launching its new flagship SUV on the 19th of November. Here’s what you need to know about it.

Mahindra is gearing up to launch its new flagship model later this year. The homegrown car maker has now revealed that it intends to launch its new SUV in India on the 19th of November. What Mahindra has not done till now is reveal the name of the vehicle. Codenamed as the Y400, the new Mahindra flagship SUV is, in fact, a badge engineered version of the current generation SsangYong Rexton.

The SUV has good road presence with an overall length of 4,850mm and is built on a ladder frame chassis. The Y400 is expected to retain the dimensions and specifications of the Rexton and will be powered by a 2.2 litre, four cylinder, turbo diesel engine good for 183bhp of max power and 420Nm of peak torque. Internationally the SUV is offered with a choice of a six-speed manual gearbox or a seven speed automatic, although the India spec model is rumoured to be offered solely with the automatic transmission.

The Mahindra Y400 will rival the likes of the Skoda Kodiaq, Toyota Fortuner, Ford Endeavour, etc. But is expected to under cut its rivals on the price front by a considerable margin to keep itself competitive.

Speaking on the announcement, Rajan Wadhera, President – Automotive Sector, M&M Ltd. said, “The Y400 is one of the most eagerly anticipated launches of this year. Positioned in the high-end SUV segment, the Y400 is a high-end, xfull sized SUV that offers luxury and exclusivity in its tasteful design, lavish interiors, thrilling performance and best in class features. We are sure that it will further enhance our SUV portfolio.”

Mahindra intends to sell the new Y400 through an exclusive and dedicated area within its existing showrooms to give customers a more high-end buying experience.