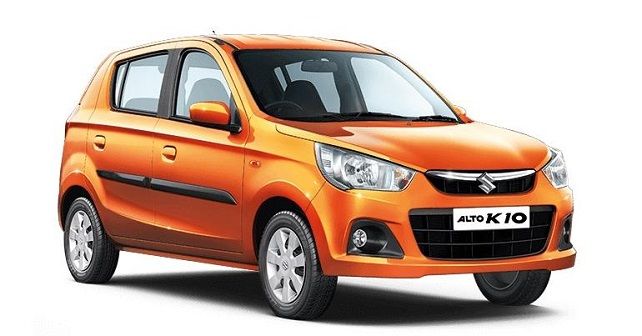 Thanks to BS6 norms and strong sales of the S-Presso, the Alto K10 is no longer available. There's no news if the company will bring it back anytime soon.

Maruti Suzuki has pulled the plug on the Alto K10, as the hatchback is no longer listed on the company’s website. The Alto K10 was the only petrol model in the company’s line-up that wasn’t BS6 compliant. As a consequence, it won’t be on sale anymore. At the moment, there’s no news if Maruti Suzuki will bring it back with a BS6 engine.

The Alto K10 was the more powerful version of the entry-level Alto (800cc). It came powered by a spritely 1.0-litre K10 petrol engine that developed 67bhp of max power and 90Nm of peak torque. The car was offered with either a 5-speed manual gearbox or an automated manual transmission (AMT or AGS). The Alto K10 was also available in a CNG version.

The Alto K10 was a more upmarket offering compared to the Alto 800, albeit it was still more affordable than the company’s other budget hatchbacks, like the Celerio and Wagon R. However, after Maruti Suzuki launched the S-Presso in 2019, it became responsible for a major chunk of the company’s entry-level car sales. And since the price difference between the S-Presso and Alto K10 was around Rs 30,000, it was no surprise that people prefer the former over the latter. Not to mention, the S-Presso is more spacious and offers more features. With the S-Presso’s sales still going strong, it’s unlikely that Maruti Suzuki will bring the Alto K10 back.

Apart from the Alto K10, the implementation of BS6 norms has also seen a couple of best-sellers disappear from Maruti Suzuki’s portfolio, as the company has discontinued all of its diesel cars in the country. The company was forced to discontinue its diesel-only models, the Vitara Brezza and S-Cross, due to the BS6 norms. The Brezza, however, was launched with a 1.5-litre petrol engine earlier this year, and the company is also planning to launch the S-Cross petrol with the very same powertrain in the country soon.