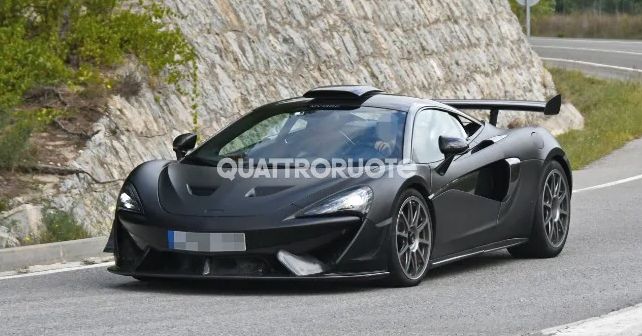 Last year, McLaren had revealed the ultra-exclusive 570S MSO X - a special, road-legal version of the standard 570S Coupe that borrowed its bodywork & aerodynamic package from the 570S GT4 racer. However, the ultra-exclusive badge meant that McLaren only produced 10 units of the bespoke special edition version. 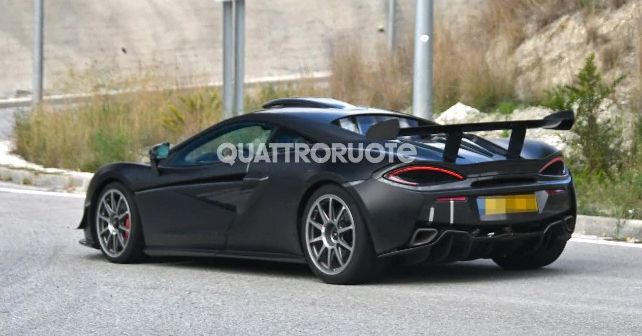 Now though, the 570S is once again in the limelight. Well, indirectly. Recent rumours & speculations suggest that McLaren is working on another road-legal model derived from the 570S GT4 racer. However, this one is likely to enter series production & give rise to a new model, by the name of 620R. What's interesting is the fact that McLaren seems to be using the 570S as the base once again, even though they already have the more hardcore 600LT in their Sports Series line-up. What confirms this is the test prototype's design, which features identical exhaust layout & bumper design as the 570S. The 600LT, on the other hand, features top-exit exhausts. 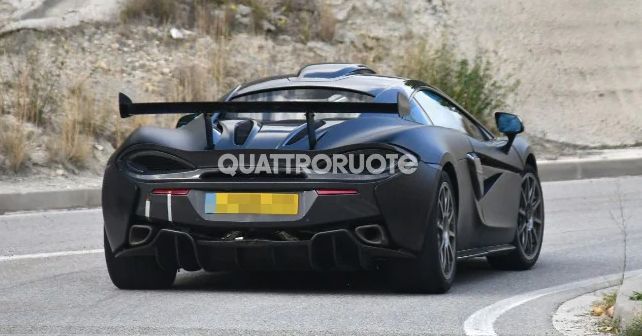 Coming to the 620R's relation to the 570S GT4, the test prototype is seen fitted with a large rear spoiler, a prominent front splitter & an air scoop on the roof, which are all design hallmarks of McLaren's GT4 race cars. The new air intakes cut out in the bonnet further cement the relation. The 620R is also likely to get a bespoke alloy wheel design.

Keeping in mind the fact that the 600LT & 570S share the same 3.8-litre twin-turbo V8 engine, McLaren is likely to plonk the same motor into the 620R as well. However, to justify the 'R' in the moniker, the 620R may get the V8 engine in its most powerful state of tune yet.