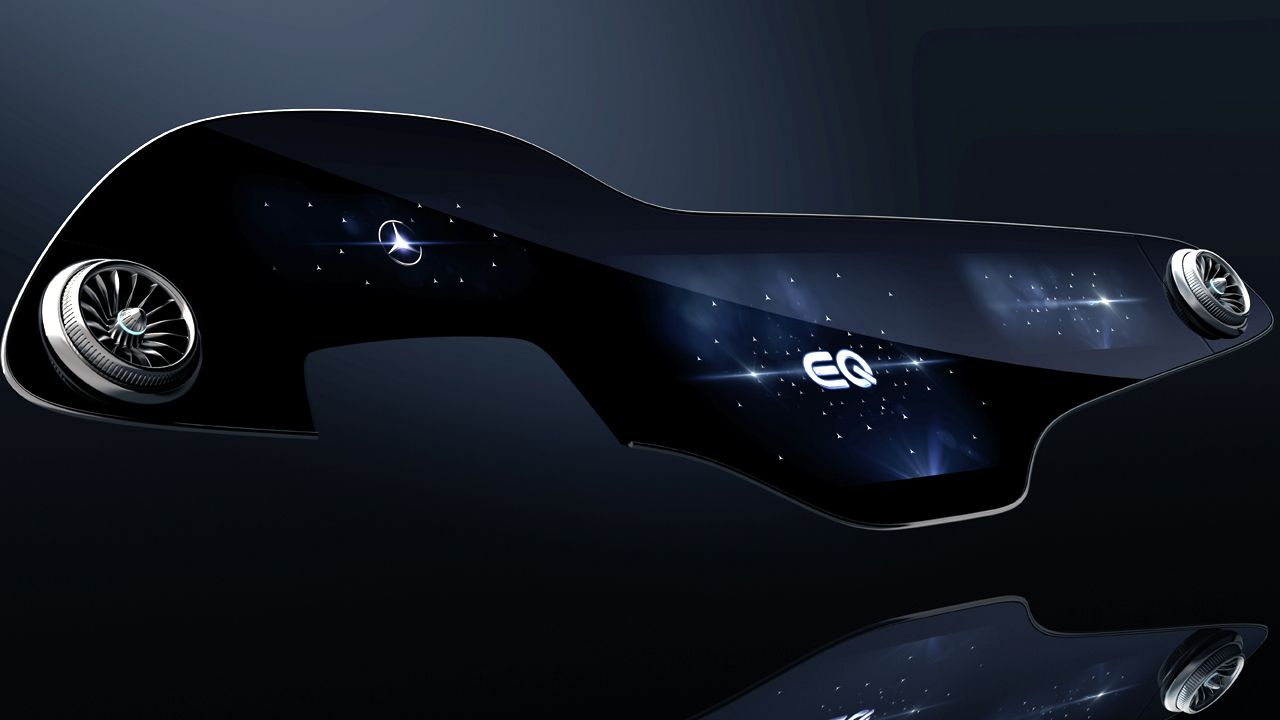 Extending almost the entire width of the interior, the AI-enabled MBUX Hyperscreen is touted as one of the key technological highlights of Mercedes' upcoming all-electric flagship – the EQS.

After revealing the second-generation MBUX system on the 2021 S-Class, Mercedes-Benz has now taken the next step in showcasing the revolutionary technology, which is set to arrive with its upcoming flagship EV, the EQS. A nugget of that tech has been revealed in the form of the 'MBUX Hyperscreen' – an AI-enabled display, which represents the 'emotional intelligence' of the EQS. 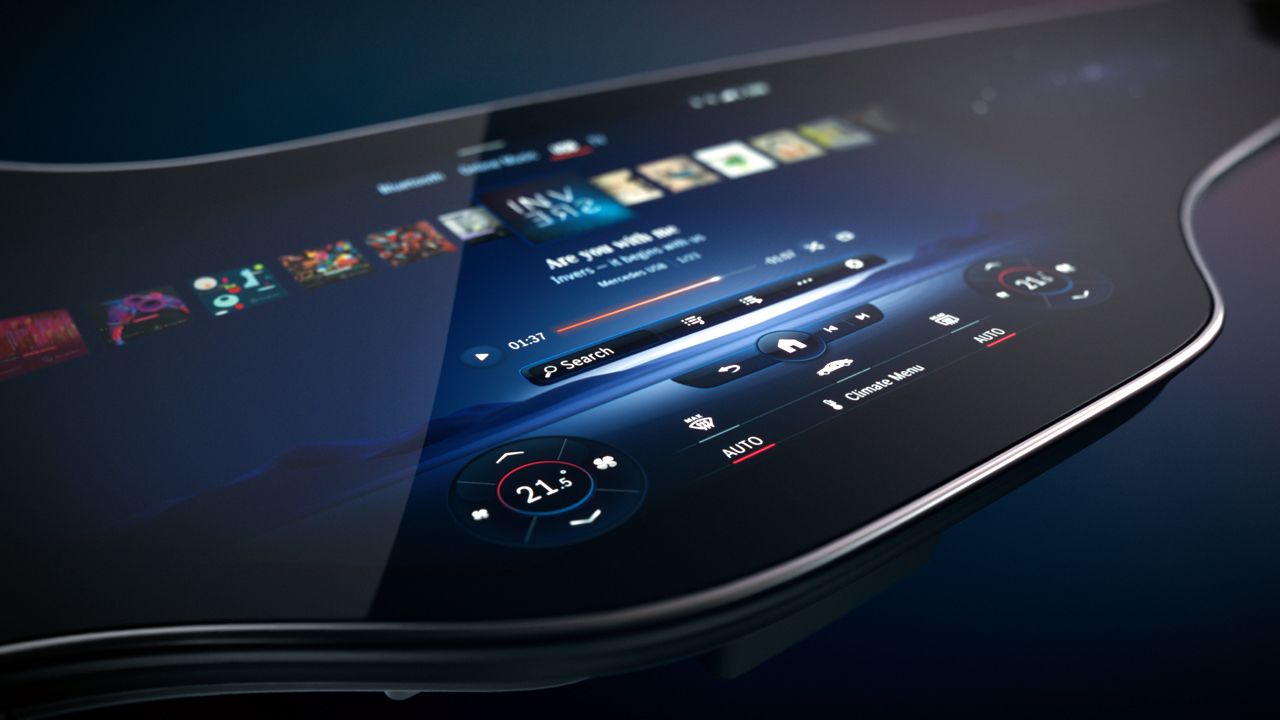 The MBUX Hyperscreen is best described as 'an example of digital/analogue design fusion'. The single-piece curved screen band (over 56 inches wide) features several displays, which blend seamlessly, while the 'analogue' AC vents integrated into the digital surface represent the 'connect between the digital and physical world'. Plus, with ambient lighting integrated into the lower part of the Hyperscreen, the entire display unit appears to 'float' on the instrument panel. 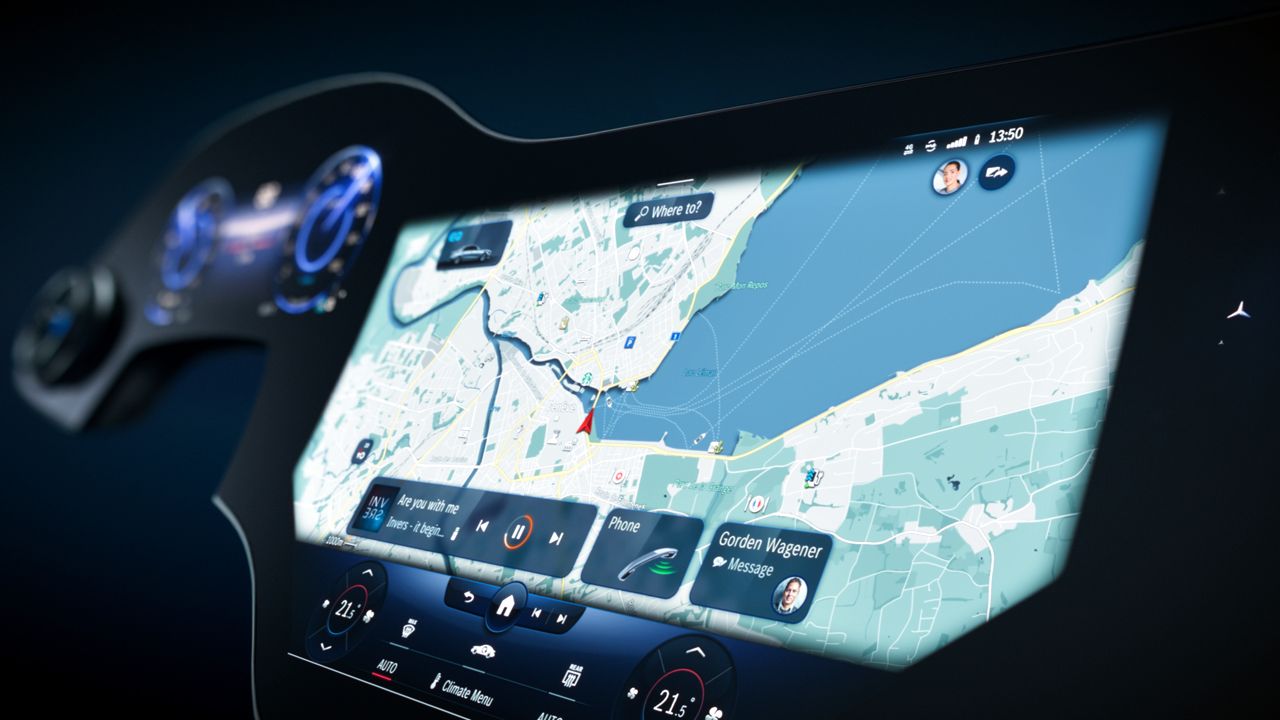 It's not just size where the MBUX Hyperscreen really shines but also in terms of the figures it brings to the table – the software works via eight CPU cores, 24GB RAM, and 46.4GB per second RAM memory bandwidth. The display unit is also quite complex – 12 actuators sit beneath the touchscreen panel for haptic feedback, and there are predetermined breaking points as well as five holders for safety, which yield in a targeted manner in the event of a crash to protect the occupants. 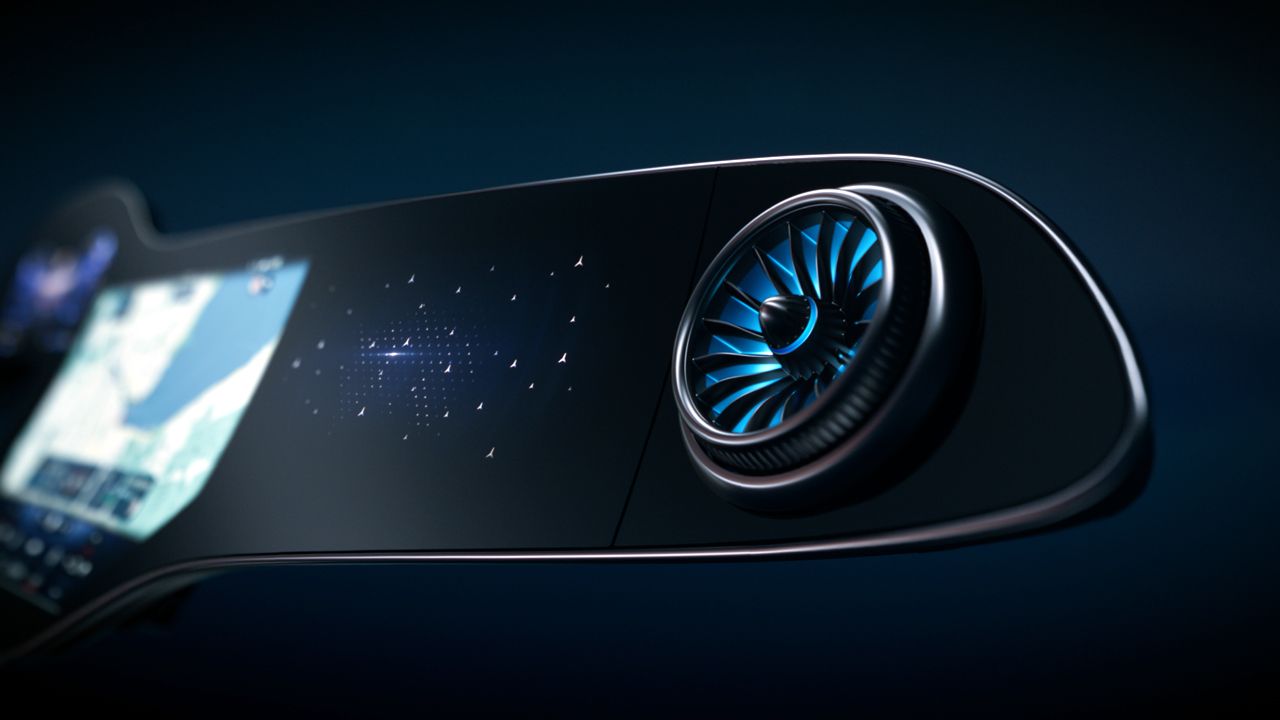 As the MBUX Hyperscreen is AI-enabled, the system is capable of constantly learning and adapting to occupant preferences. The user-interface works via 'context-sensitive awareness', which has led to the creation of a new  'zero-layer' feature. With this, a user will no longer have to scroll through sub-menus or give voice commands, as the most important applications 'are always available in a situational and contextual way at the top of the driver’s field of vision'. This is not just applicable to the driver, as the front passenger also gets a dedicated assistant, display, and operating area. 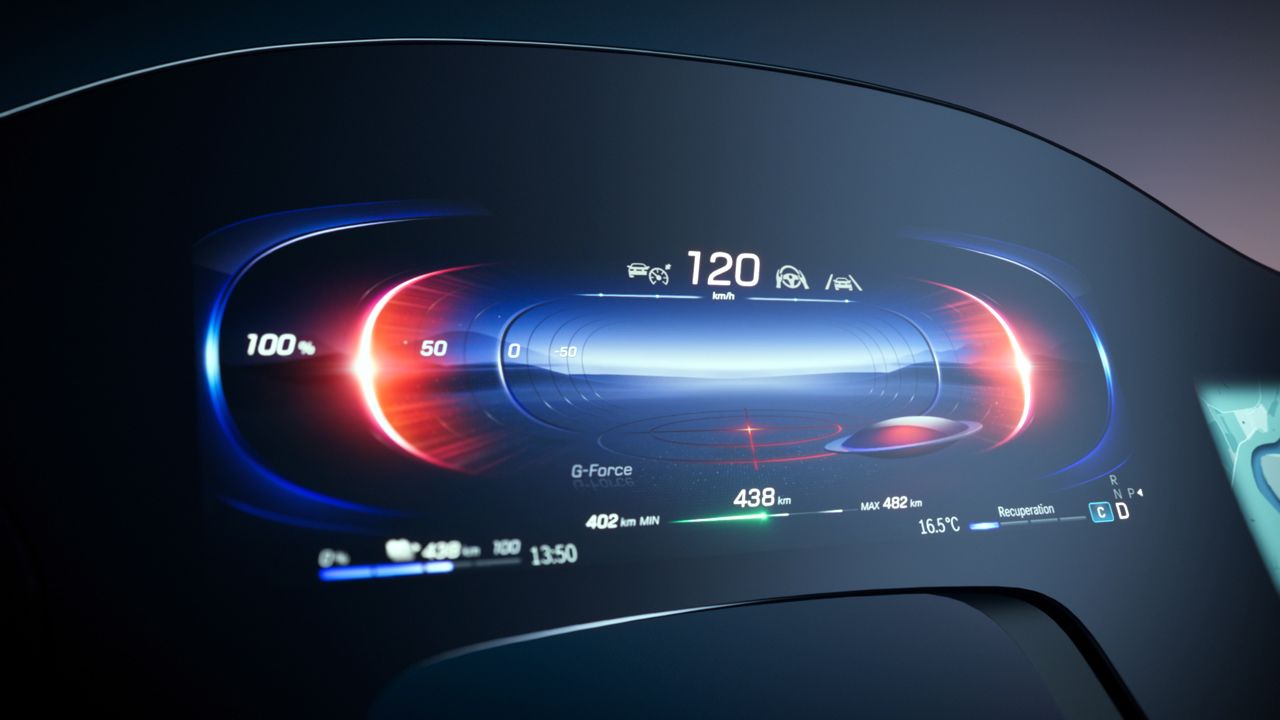 Thus, in the words of Sajjad Khan (Member of the Board of Management of Mercedes-Benz AG and CTO), 'The MBUX Hyperscreen is both the brain and nervous system of the car. It continually gets to know the customer better and delivers tailored, personalized infotainment, and operating offerings without the occupant needing to click or scroll anywhere.'

As of now, the MBUX Hyperscreen will only be available on the upcoming Mercedes-Benz EQ models, starting with the 2022 EQS. However, there too, it will be an optional extra.