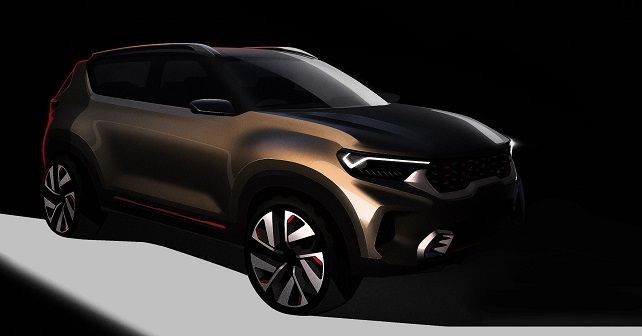 The new Kia SUV will be a sub-4m vehicle, which will compete with the likes of Maruti Suzuki Vitara Brezza, Ford Ecosport, Tata Nexon, Mahindra XUV300 and Hyundai Venue. It's expected to go on sale in the country in the second half of 2020.

It’s been known for a while that Kia is working on a sub-4m compact-SUV for the Indian market. And now there’re are new developments. You see, in a couple of days, we will have a first glimpse of the new Kia SUV, as the company will be showcasing its concept model at the 2020 Auto Expo, which goes live on 5th February. And, in the build up to the unveiling ceremony, Kia has now also dropped some teaser sketches of the new model.

Codenamed QYi, the upcoming Kia SUV will compete against the likes of Maruti Suzuki Vitara Brezza, Ford Ecosport, Tata Nexon, Mahindra XUV300 and its own cousin, the Hyundai Venue. Naturally, the QYi will also share its underpinnings with the Venue. However, while it'll have the same sub-4m footprint as the Venue, its design will be very different from the Hyundai, which is kind of evident in the images you see here.

The front-end will be heavily inspired from the Seltos, as it features a similar set of headlamps and a Tiger Nose grille. The side-profile is compact, but, again, it’s clearly influenced by the Seltos. The rear-end looks beefy, thanks to its prominent haunches and floating D-pillar design. Overall, it looks very sporty. 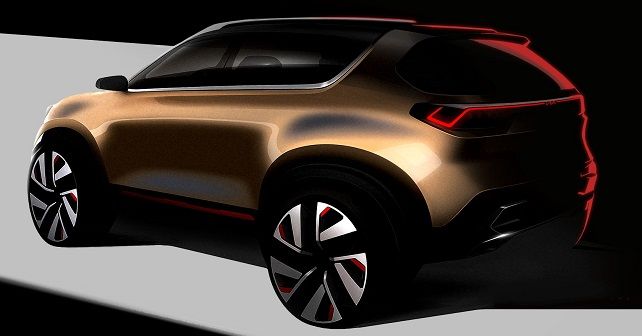 Kia hasn’t revealed the interior of the concept as yet, but expect it to offer similar levels of features and equipment as the Venue, as and when it goes into production. Powertrain options in the new SUV are likely to include three engines – one diesel (1.5) and two petrol units (1.2 and 1.0 Turbo GDI). Expect it to come in both manual and automatic transmission (dual-clutch) options.

After its world premiere at the Auto Expo, the Kia compact-SUV is expected to go on sale in the country during the second half of 2020, sometime around the festive season.