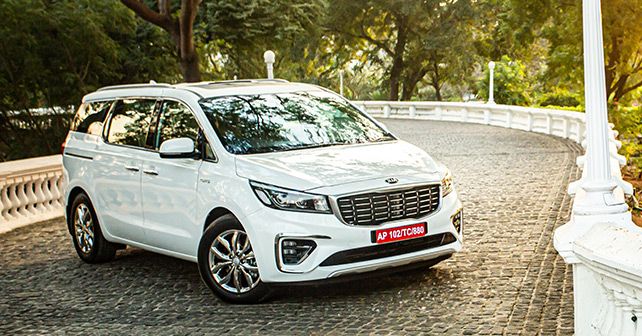 With the Carnival, Kia is aiming to trump a product unrivalled in India – the Toyota Innova. But, is Kia’s latest product really good enough to challenge a model that’s a brand in and of itself?

If there’s a hallmark of the Indian market, I think it would have to be cutthroat competition. Given the growth of the Indian automotive market over the decades, and the number of manufacturers competing in this space, it’s certain that a successful product or a segment will attract competition. For example, the Ford EcoSport and Renault Duster made mid-sized SUVs popular in the Indian market, but other manufacturers like Hyundai and Maruti Suzuki soon joined in and became the dominating force in the segment.

An exception to the rule
However, there’s always an exception to the rule, and, in the Indian market, it’s the Toyota Innova. Since its arrival, almost 20 years ago, the Innova has been remarkably successful on the sales charts and still remains immensely popular. And, surprisingly, despite being so successful for so long, it really doesn’t have any direct rivals in the Indian market. Kia, however, is looking to change exactly that with the Carnival. With a more spacious and more car-like rival, Kia is aiming to dethrone the King. 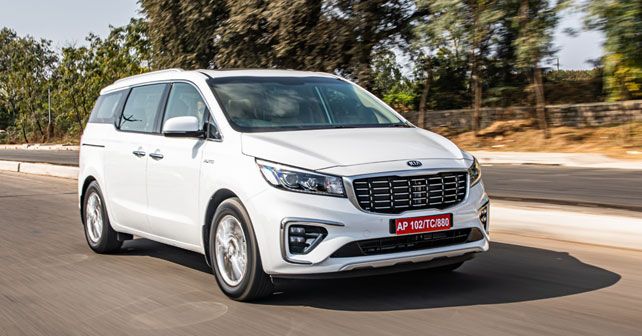 Same, but different
Now, since the Carnival is also a people-mover, or MPV, like the Innova, one may think that they would both be largely similar. In reality, though, the Carnival is poles apart from the Innova. Fundamentally, the Carnival is a monocoque construction, which means that its design has inherent advantages. For instance, its body is stiffer and the NVH levels are better than a typical body-on-frame vehicle, such as the Innova. Similarly, since it’s a car-like single construction body, its space management is also superior. And, lastly, it’s usually impossible for a body-on-frame vehicle to match the ride quality that a typical monocoque vehicle provides.

Stylistically, the Carnival is quite pleasing. The front-end features typical Kia design cues, like the big tiger-nose grille, large headlamps, and ice cube foglamps. The sides, of course, are dominated by large doors. But with an interestingly designed glasshouse and two strong character lines, the sides don’t look as flat as you would expect in what is essentially a van. The rear, of course, is dominated by the massive boot door, which is operated electrically. Breaking the monotony of the rear, however, are two large taillamps and a big chrome strip just above the number plate. Most people would find the Carnival aesthetically pleasing. However, one aspect of the design that I didn’t find very appealing is the chrome alloys on the top spec models – they’re a bit overdone for my taste. If you ask me, the machine-finish alloys on the lower trim versions look much better. 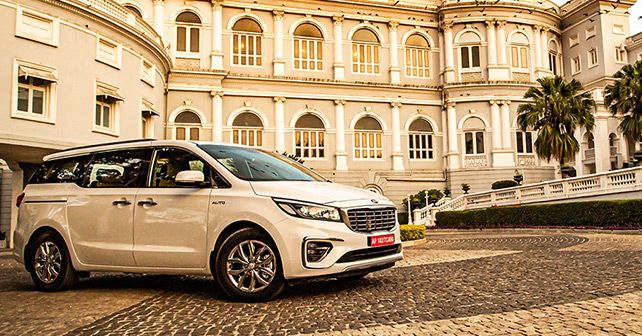 Into the Bat Cave
Now, there are two aspects of the Carnival that can be a total game-changer for the MPV segment. First, its massive sliding doors, which make getting in and getting out of the vehicle an absolute breeze. Second, it’s interior space. To say merely that the Carnival is spacious would be an understatement. You can easily fit six or seven full-sized adults – comfortably! Well, I suppose a length of 5.1-metre has its advantages, doesn’t it?

Also, the aircraft-style reclining rear seats – our top-of-the-line Limousine trim test car had a pair – look and feel luxurious in every sense of the word. Plus, the ability to adjust the middle row seats sideways, forwards, and backwards makes the second row a great place to spend time in. Unlike most other MPVs in India, the Carnival can easily accommodate full-size adults in the third row, given its more than ample head and legroom. In fact, three full-size adults, one behind the other, can sit in the three rows of seats quite comfortably, with room to spare. This makes the Carnival feel truly cavernous. And, while we’re talking about space, let me just say that with all three rows of seats in play, the Carnival still has 590 litres of boot space available, which is very impressive. And if you’re only using the first row, the other two can be folded to increase the boot space to an enormous 2,759 litres – so bring on that kitchen sink! 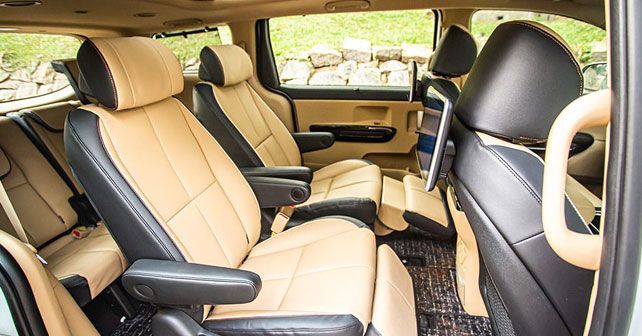 The front seats are also quite impressive, as is the quality of the cabin. Let’s just say that the overall build quality is very good. The standard equipment count is quite high too. Our Limousine trim test car had an 8-inch touchscreen mounted on the centre console, while both VIP seats in the second row had their own 10.1-inch touchscreens – each capable of streaming content from multiple sources independently. Then, there’s the dual-tone Nappa leather trim, as well as the dual-sunroof and a three-zone climate control system. And the rear cabin climate controls are conveniently placed above the B-pillar for ease of use.

However, all is not perfect with the Carnival. For instance, despite my 5’9” height, I found it hard to use the footrest in the middle-row captain seats, as my feet were obstructed by the front seat when the footrest was raised. Secondly, getting three full-size adults into the 3rd row is a tight squeeze. And, while there is enough space in the 3rd row for full-size adults, the lack of under-thigh support from the seat means that long journeys could be challenging for passengers. 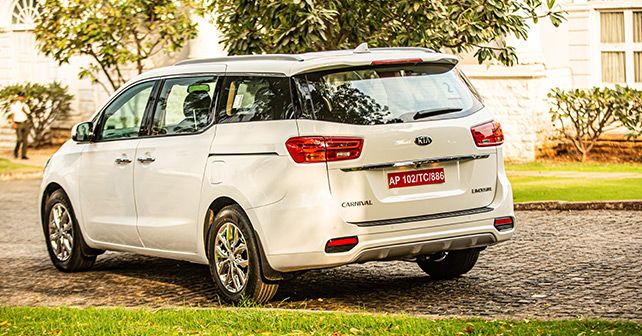 Piloting the Carnival
Needless to say, with its 5.1-meter length, the Carnival is quite capable of grabbing attention on the road. It’s big, and people notice it. However, when in the driver’s seat, you don’t feel that size. One of the benefits of the big glasshouse is that the outside visibility is great, which makes it very easy to manage the Carnival in traffic. What helps here is its 2.2-litre turbo-diesel engine, which is paired to an 8-speed automatic transmission – the only drivetrain offered in the Carnival – and it makes piloting the Carnival a breeze. The latest-generation 2.2-litre unit produces 197bhp and 440Nm of torque. And with the torque available from just 1,750rpm, the Carnival picks up speed very quickly, and allows you to easily maintain three-digit speeds. Another highlight is the excellent refinement and NVH levels, both of which are superior to the competition. 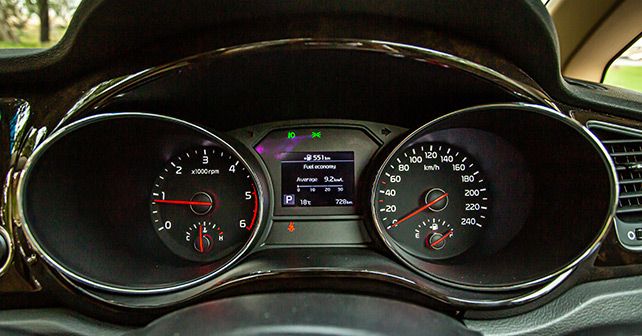 The other benefit of the monocoque platform is reflected in its ride quality. Whether its broken roads, potholes, or fast highways, the ride of the Carnival is fantastically comfortable and composed.

However, there are a couple of issues with the driving experience. One, the steering effort at low speeds is too high and can be annoying after a few minutes of manoeuvring through traffic. Sure, the steering has decent feel and communication, but muscling it around while driving in the city is not an enjoyable experience. Second, the throttle pedal also seems a tad too heavy to operate, and, third, I would really love to see paddle shifters to enable manual shifts. But, if you’re not driving, and simply enjoying the comfort and serenity of the cabin – as you most likely would be – then none of this really matters to you. 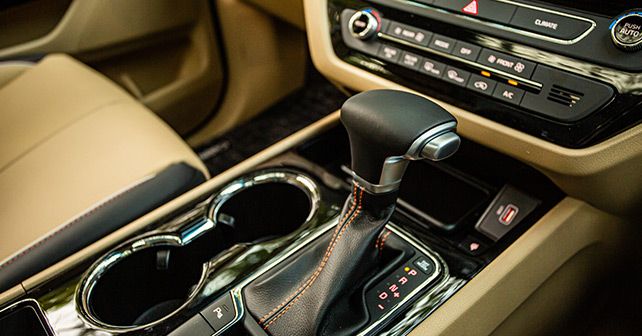 Hour of reckoning
There are many unique features that the Carnival brings to the Indian market – interior space, three usable rows of seating, excellent ride quality, and a long list of standard equipment. Add to that a truly car-like driving experience, as well as a powerful drivetrain, and the Carnival seems to be a fantastic MPV for the Indian market. There are, however, two main issues that the Carnival needs to tackle. First, it has to compete against the Innova, which is not easy. However, with its set of features and abilities, the Carnival is capable of outdoing the Innova purely in terms of usability and spaciousness. The real issue, then, will be its pricing. Sure, it’ll be tempting for the folks at Kia India to price the Carnival at a significant premium to the Innova – the Carnival is bigger, more refined, more powerful, better to drive, and better equipped – but to truly capture market share, they’ll have to price it such that a typical Innova customer can’t resist the package being offered by the Carnival. And if Kia succeeds in doing that, given the sheer strength of the product, I can’t think of any reason why this latest product from Kia can’t continue the Korean automakers trend of setting new benchmarks in the Indian market. 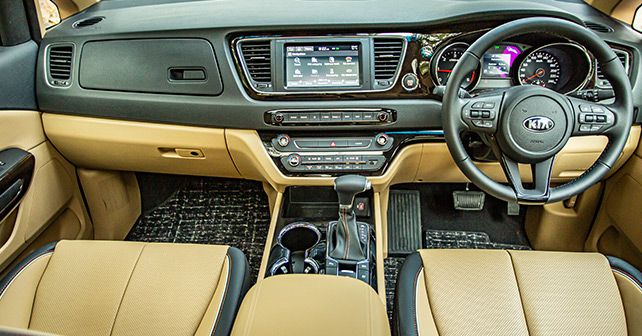 X-factor: With its combination of space, practicality and comfort, the Carnival is set to redefine the MPV segment in India. 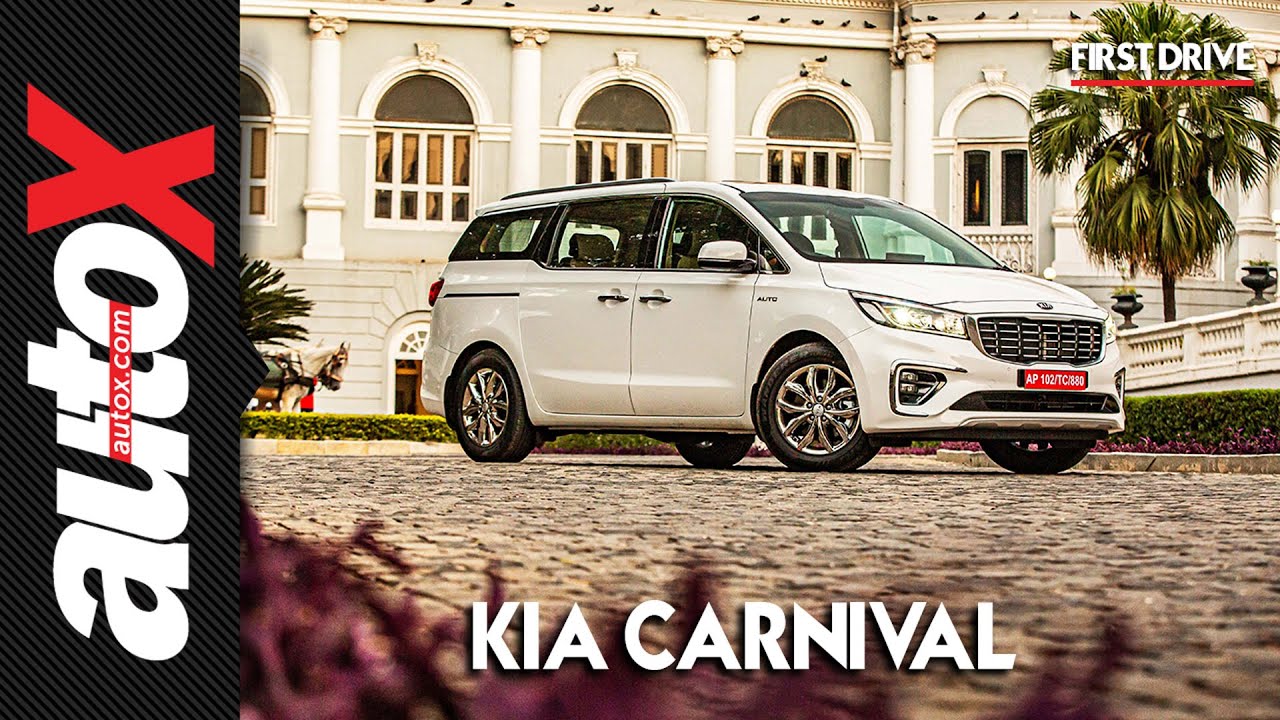