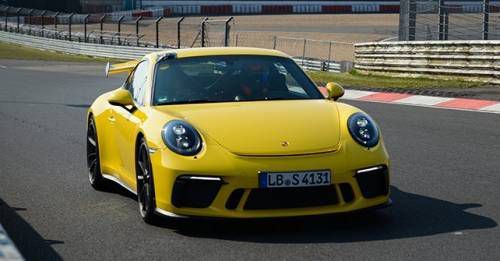 Porsche has announced that the latest 911 GT3 just set a new fast time at the Nordschleife beating the old model by a huge margin.

At the hands of Porsche Test Driver Lars Kern, the latest 911 GT3 has just set its time at Nordschleife, Nürburgring. The new 911 GT3 set a time of 7 minutes, 12.7 seconds which not only is the fastest road legal 911 GT3 time, but is also 12.3 seconds faster than the previous model. This makes it the second fastest Porsche after the 918 Spyder hybrid hypercar at the Nurburgring. 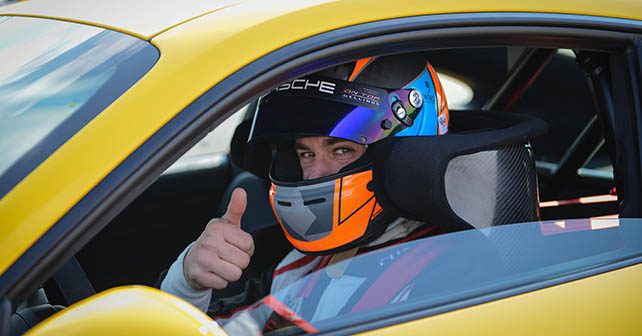 With the latest 911 GT3, Porsche brought back the manual transmission with a 6-speed gearbox from the hardcore 911 R. But Porsche will only put that version into production later this year in October. Therefore, Kern was given the 493bhp, naturally aspirated, 4.0-litre, flat-six powered sports car with its standard 7-speed Porsche Doppelkupplung (PDK) automatic transmission. The new GT3 is equipped with rear-axle steering and was riding on Michelin Sport Cup 2 N1 tyres which are offered as standard to customers. These specs were identical to the car which was used to set the lap time at the Nurburgring.

Andreas Preuninger who is the Director GT Product Line at Porsche stated that a few years ago, such lap times at the Nurburgring could only be achieved by thoroughbred racing cars with slick tyres.

Frank-Steffen Walliser, Vice President Motorsport and GT cars at Porsche said; “By achieving this time, we have emphatically proven that the new 911 GT3 not only provides the best driving experience, but can also deliver an impressive performance on the Nordschleife. The focus was on optimising the driving quality and adapting to the slight increase in engine power”.

To set an optimum lap time at the Nurburgring, not only is a brave and well trained driver required for the task, mother nature also plays a major part. Porsche claims that the atmospheric conditions were ideal for the test with an air temperature of 8 degrees and track temperature of 14 degrees Celsius.