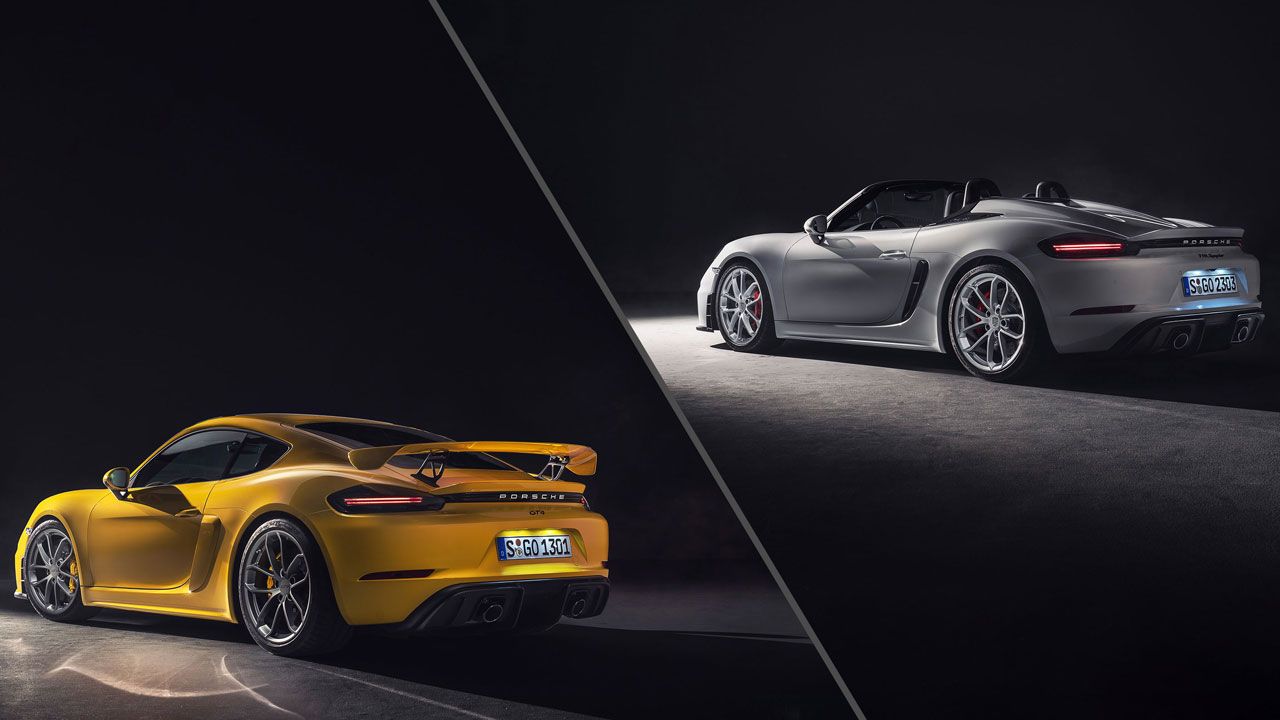 Porsche has officially launched the fourth generation Boxster and Cayman in India today, with prices ranging between Rs 1.59 crore for the 718 Spyder and Rs 1.63 crore for the 718 Cayman GT4 (both prices are ex-showroom, pan-India).

Porsche’s purist-oriented 718 Spyder and Cayman GT4 have hit Indian shores in their latest fourth-generation avatar. And this time around, Porsche is back with the naturally aspirated six-cylinder with a manual gearbox setup, something that attracted the attention of petrolheads and Porsche aficionados worldwide. The engine in question is Porsche’s 4.0-litre flat-six unit, which is good for 414bhp of max power @ 8,000rpm and 420Nm of peak torque between 5,000 – 6,800rpm. The engine is mated to a good old six-speed manual gearbox, which sends power to the rear wheels and gives both of these cars a 0 –100km/h time of 4.4 seconds. The Cayman GT4 maxes out at 304km/h, while the drop-top Spyder reaches a top speed of 301km/h.

The new 718 Cayman GT4 has considerably enhanced aerodynamics, which increases downforce by a staggering 50 per cent over the previous model, without increasing drag. The fixed rear spoiler alone increases downforce by 20 per cent. The new 718 Spyder meanwhile has an automatic rear spoiler, which rises at 120km/h. This and the new rear diffuser enhance downforce over the mechanically locking rear axle. Both cars also feature Porsche’s Active Suspension Management damping system, which can lower the ride height by 30mm for on-track performance.

Ashish Kaul, Head of Sales at Porsche India, said, 'Porsche India introduces two emotional and powerful models to the market, using a naturally aspirated powertrain that is based on the turbo engines in the current 911 Carrera model series. The 718 Cayman GT4 and 718 Spyder are about unrivalled driving fun and sheer emotions. They are the perfect sports car for those who like to push the limits and enjoy a racing pulse. We are very excited to offer these purist’s models to our customers here in India. With a limited allocation for our market, the 718 Cayman GT4 and 718 Spyder will be a rare and very special sight on our streets.'