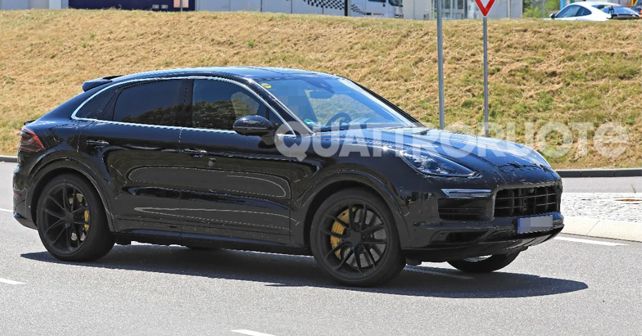 The Porsche Cayenne will become the newest entrant to the ‘Coupe styled SUV' trend.

While most of us have been scratching our heads over the inexplicable global trend of coupe-styled SUVs with vehicles like the Mercedes GLC, GLE coupe modes, the BMW X4, X6 and the new Audi Q8, Porsche has been spotted testing a Cayenne with a sloping roof, becoming the latest manufacturer to succumb to this demand from global consumers. 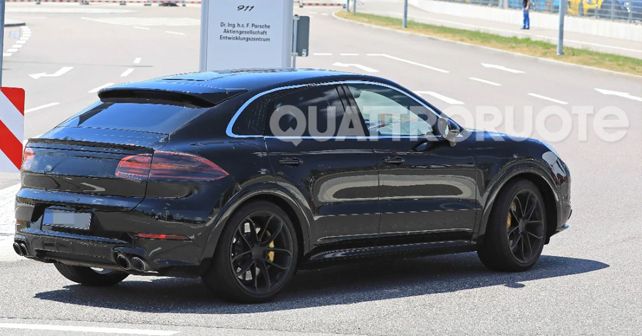 By the looks of things, the Cayenne Coupe will remain predominantly the same as the standard SUV. It will have four doors, albeit with a lack of rear headroom due to the sloping roofline, exactly like the models offered by other competition and sister manufacturer.

The front of the Cayenne Coupe will remain largely the same. The test mule that was spotted features large brakes with yellow calipers, which along with the styling of the front grille suggests the possibility that the mule on test was the ‘Turbo’ model. The main difference from the standard car begin to appear around the B-Pillar area, for it is where the roof begins to slope down all the way till the window sill, like it does on the standard Panamera.

When viewed from the rear angle, the raked rear design is more evident, however, unlike the SUVs offered by Mercedes, BMW and Audi, the sloping roofline is less prominent on the Porsche, but it does get a more dramatic rear wing. Additionally, the number plate on Cayenne is placed on the tailgate, but the coupe will have it placed on the rear bumper instead. This will be flanked on either side by a set of round dual exhausts, as opposed to the squared off tips on the standard Turbo. 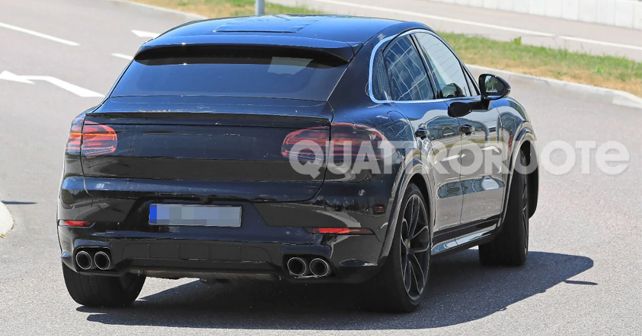 The Cayenne Coupe is expected to drop by the end of 2019 and is likely to come with a 2.9-litre twin-turbo V6 and a twin-turbo 4.0-litre V8. As the latest Cayenne is currently offered with only petrol engines, a diesel at a later stage is also possible.