Why Tata needs to bring back the Sierra 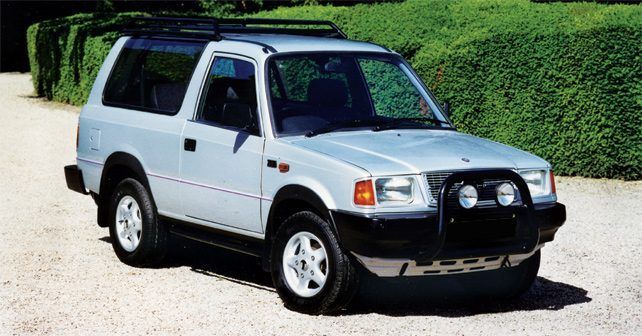 Abhishek thinks the Indian car market is finally mature enough for more interesting and lifestyle oriented mass-market models. He also thinks the Tata Sierra that was ahead of its time, is just the kind of car that would work.

Remember the Tata Sierra? For those who are heading to Google, let me cut to the chase. The Sierra was a rather awesome looking three-door SUV launched by Tata Motors in the nineties. It looked very cool with its butch stance, three-door body and those large windows for the rear seat passengers. I especially loved the Turbo model that came with chunky side cladding and more grunt under the hood. If your fingers are still itching to Google it, then you might as well also search for the Ford Bronco – the SUV that inspired the Tata designers. What’s more, they had some very cool advertisements for it too. One, where the tilt steering of the Sierra dropped on its own and then the car drove off by itself only to return to its owner in a mud splattered avatar to let him know what it was capable of. The other ad was for the Turbo model that saw its owner secure a parking lot spot for his Sierra. At the end of that ad ran a statement on the screen that said – “It’s not owned, its possessed!”

Where the good old days of automotive advertising have gone is anybody’s guess. But the fact of the matter is this – while the car and the ads were cool and desirable, most of India’s middle-class population didn’t have the disposable income to own a Sierra back then.

Which brings us neatly to the current state of things – you see, people now have that ability to splurge on a lifestyle vehicle. Take the Isuzu D-Max V-Cross for example, which has found a good number of takers in urban India – simply because it looks butch, unique and cool. Not to mention the emergence of aftermarket lamp kits, winches, wheels, off-road tyres, etc.

Based on that, and the success of the Mahindra Thar, I would have to say that I really can’t help feeling that if Tata Motors were to bring back a modern incarnation of the Sierra Turbo, it really would be the talk of the town amongst enthusiasts and the youth alike.

And based on the response to such lifestyle vehicles in recent times, I think I can safely say that it would find takers too. Just look at the number of off-roading clubs that have come up across the country. Mahindra took things up a notch to capitalise on this natural occurrence of events and now hosts an Off-Road Trophy that’s open exclusively to Mahindra 4WD vehicles.

And while the Thar is a hard core off-roader, with few creature comforts, and the D-Max V-Cross a little too large for urban conditions, Tata could fill this gap by developing a brand spanking new 4WD SUV that can handle the rough stuff while still functioning as a comfortable family car if need be.

Think about it, Tata Motors already has the powertrain, in the form of the 2.2-litre, DICOR engine doing duty in the Storme and Hexa. And the Storme has a proper low ratio box too. So, essentially, it looks like a plug-and-play affair, as only the gear ratios and throttle maps have to be figured for a lighter and smaller body shell and chassis – thereby creating a new mid-size Tata 4WD SUV.

But the whole purpose of this should be a lifestyle vehicle, and it shouldn’t be aimed at the likes of the Mahindra Scorpio. And, for that reason, it would be great if the Sierra itself could be resurrected with three doors, big windows and a butch stance – allowing owners to perform the office commute, manage a run to the shops, as well as indulge in some weekend off-road fun! And considering the ongoing SUV frenzy, to me, all this sounds like a great idea.

Moreover, going by the impressive driving dynamics of the Nexon diesel, and the upmarket interiors of the Tata Hexa – not to mention its imposing stance – Tata sure has the ability to produce modern and  desirable automobiles.

It’s also worth noting that the company is working on a new flagship SUV that will be underpinned by a Land Rover chassis, which was showcased in concept form at the 2018 Auto Expo. They also showcased an electric sedan concept at the 2018 Geneva Motor Show. And while work on both these concepts is undoubtedly going on at breakneck pace, it would make sense to focus on a more accessible mid-size SUV too. 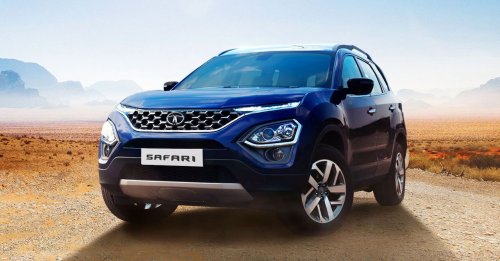