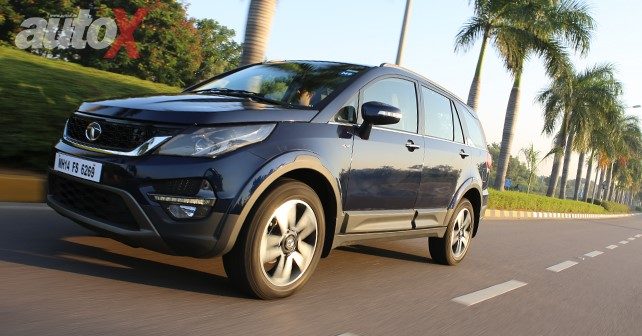 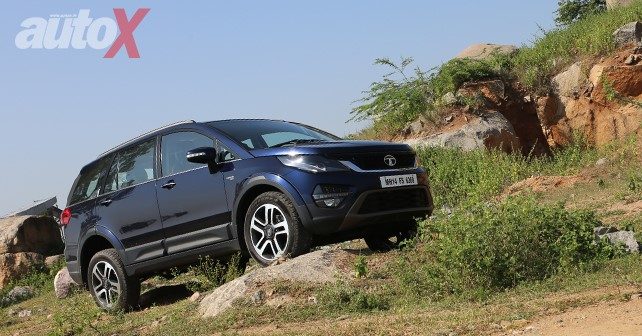 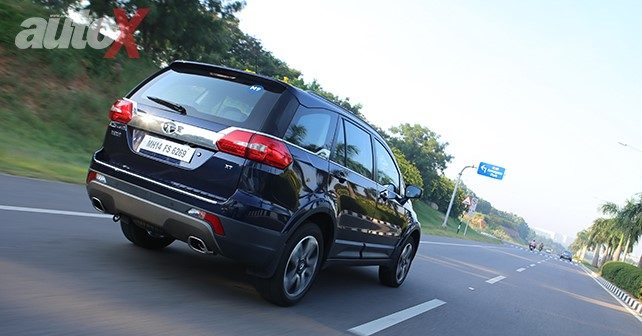 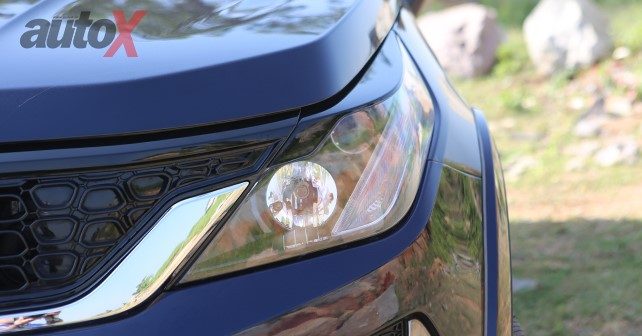 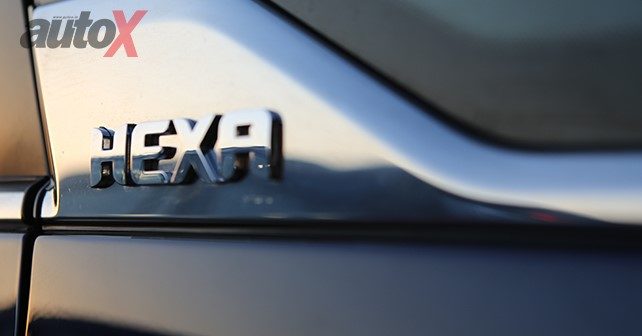 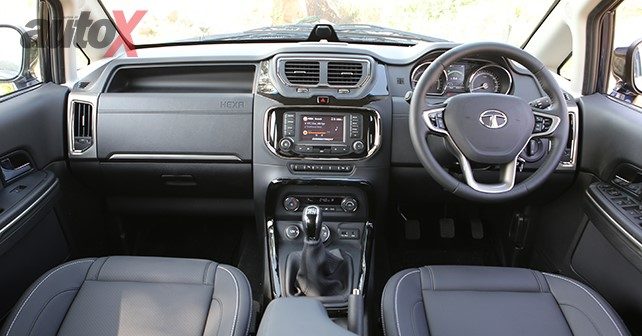 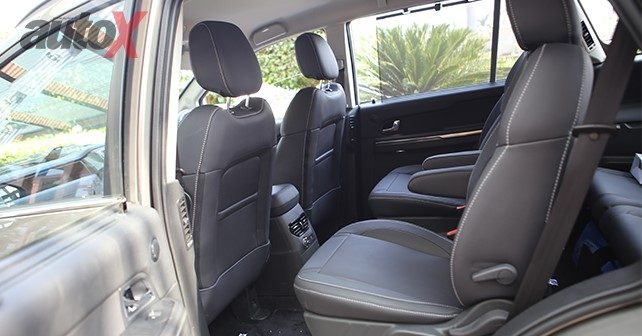 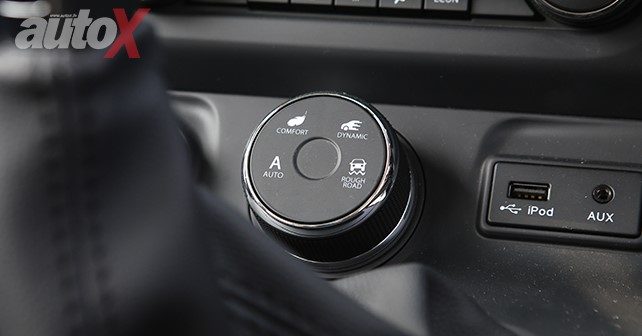 It’s big, butch, aggressive and more refined. Is the Hexa what Tata needs to go upmarket?

First introduced in 2010, Tata tasted limited success with the Aria. Although it came well equipped and was very spacious, it was a little rough around the edges and far to expensive to ever really stand a chance in our market. Four years later, they introduced a minor facelift and slashed prices as well, but the change came too late to fill the scars left by the pre-facelift model. It was then that Tata decided to go back to the drawing board and start all over again for another assault on the UV space. So, in January next year, you can say hello to the new Tata Hexa.

The Tata Hexa is a smart update in terms of design. It looks new and edgy, but at the same time it’s easy to make the connection with its predecessor. We loved the way the sharp outline on the bonnet runs along it's perimeter, much like the Safari Storme. The Hexa gets a piano black honeycomb grille that’s accentuated by the U-shaped chrome strip it has for company. It sports hexagonal twin barrel headlamps with projectors for better illumination. The bumper is humungous and has integrated daytime running lamps and fog lamps, aside from the large air dams. The Hexa’s muscular design continues in profile with the flared wheel arches, sporty 19-inch wheels and body cladding. While from the front the Hexa looks aggressive, at the back it’s rather neutral. It gets horizontally stacked LED tail lamps on either side of a dominating chrome strip. Overall, the Hexa is a pleasing design with the right stance and proportions.

As far as dimensions are concerned, the Hexa is marginally longer, wider and taller than its predecessor. At 2,850mm, the wheelbase remains the same. Space is in abundance on the inside. The adjustable second row of seats ensure that there’s reasonable room in the third row too. Buyers can opt for a layout with 6 or 7-seats – our preference is the former with its super comfortable captain seats. To keep the interior cool, Tata has fitted all three rows with AC vents. For the segment that the car falls under, it’s disappointing to see that it doesn't get electrically adjustable seats, not even on the driver’s side. That aside, the seats are very comfortable and extremely well bolstered. The top-of-the-line trim that we drove had seats draped in black leather with contrast stitching to make them appear sporty.

Tata is making huge progress in terms of quality, and the Hexa is a textbook example of this quest. The leather wrapped steering wheel is chunky and nice to grip. The dashboard and plastic parts all around are extremely well built and finished. There’s a large infotainment screen in the centre of the dashboard with the automatic climate control knobs below it. Brushed aluminum bits on the dashboard look good, but the chrome surrounds on the infotainment screen and door handles mean that there’s really quite a lot going on – in terms of materials.

In terms of features, the Hexa comes extremely well equipped. It gets a 10-speaker JBL music system with Bluetooth, AUX and USB connectivity. Steering mounted controls, smart phone integration, electrically adjustable ORVMs, a reverse camera, tilt steering and ambient lighting are some of the other highlight features. In terms of safety too, the Tata Hexa comes with all the bells and whistles – including six airbags, speed sensing auto locks, traction control, hill-descent control and, most importantly, four driving modes to make it an able off-roader. 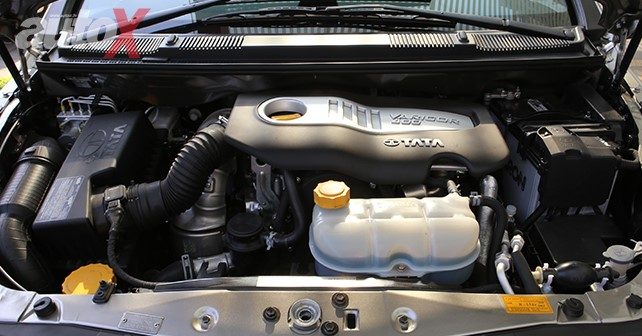 The Hexa comes with Tata’s 2.2-litre Varicor 400 diesel engine that churns out 154bhp and 400Nm. This is same engine that also does duty on the Safari Storme. The engine is more refined than before, but tends to get noisy as the revs climb up. Despite the increase in power from the Aria, it feels a bit sluggish bearing the over two-tonne weight of the car. That being said, it’s easy to maintain three-digit speeds on the highway – and it feels fairly planted while cruising. This engine comes mated to a 6-speed manual as well as an automatic transmission. We drove the manual first and found it to be quite disappointing. The transmission is very rubbery and doesn't slot into the desired gear with ease. Clutch action, though, is light – which should make it comfortable to drive in traffic. The 6-speed automatic transmission, on the other hand, came as quite a surprise. It shifts smoothly – whether in D, S or manual. In D, the car up-shifts quickly to stay in a lower gear in a bid to save fuel. The downside of this is evident when you’re going uphill – at which point you have to shift to Sport or Manual to drop a gear and extract more from the engine. Tata also has what it calls ‘Race mode,’ which can be activated by keeping the accelerator pedal pinned for a few seconds while in S. This allows the car to stay between 3,000-4,000rpm and somewhat negate the turbo lag.

Ride quality is brilliant – it makes a joke out of potholes and undulations of all sizes. Even at the back, you don't get tossed around nor do you feel the undulations. The large A-pillar hampers visibility on the driver’s side though, and one has to be really careful while negotiating right handlers. Being tall and bulky, the Hexa doesn't handle as well as you’d like. The high centre of gravity, body roll and the vague steering doesn't help its cause either. But, then again, it isn't supposed to be a vehicle to go corner carving in. We didn't quite get to take the Hexa off road, but Tata claims that the Super Drive Modes will help in tackling different road conditions and surfaces.

While the Tiago was a step forward from Tata in terms of quality, the Hexa takes the game further. It ticks all the right boxes in terms of space, comfort, features and safety. The engine, although more refined than before, could do with a bit more punch. And the manual gearbox could have been smoother too. That apart, Tata has tried to address all the drawbacks of the Aria in order to make the Hexa a much more wholesome and desirable package. What remains to be seen is the price, and we hope that Tata gets it right this time around when they launch the Hexa in January 2017.

Watch our comprehensive video review of the tata hexa 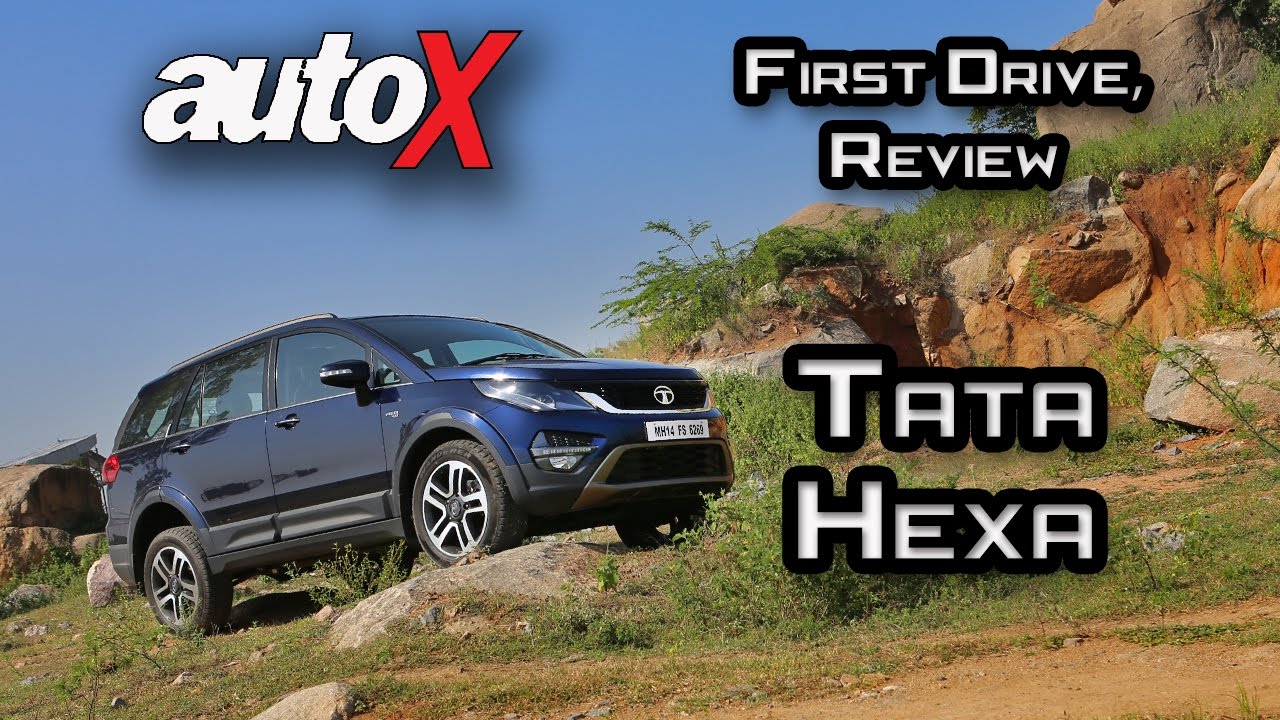