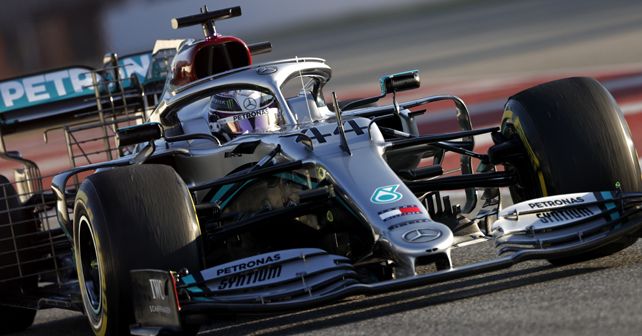 One should never pay much attention to the lap times in Formula 1’s pre-season testing, as we saw last year when everyone headed off to Australia expecting Ferrari to dominate – and we ended up with a Mercedes 1-2, with the best Ferrari in fourth place, almost a minute behind. It’s wiser to look at testing to see which teams are at ease with their cars, which can be measured by the number of laps that are achieved. One can try to calculate relative performance once the teams start doing long runs in testing, but it’s always a risky business if you’re looking to preview the World Championship. 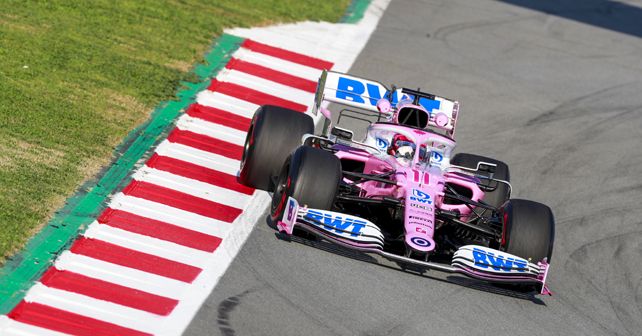 On the first day of winter testing in 2020, Mercedes ended up a solid 1-2, with Sergio Perez third quickest in a Racing Point that looked a lot like a pink Mercedes. There was a fair bit of grumbling in the paddock about the relationship between the two teams, but the current rules allow for a lot of cooperation between teams, and if Racing Point has worked the system to its advantage then good for them. Haas F1 did it a few years ago, with Ferrari, and Red Bull and Toro Rosso (now known as Alpha Tauri) have a similarly close link.

What was even more impressive, however, was the fact that the 10 Formula 1 teams completed a total of 1,355 laps in the eight hours of running on the first day of testing. To put that number into perspective, that’s the same as 20 cars running full race distances without any problems – on their first day out of the box.

Last year, the first day of testing (which featured only nine of the 10 teams) saw only 886 laps completed. The amazing reliability of these modern F1 cars can be attributed to the fact that all the major components that go into the cars have undergone a huge amount of testing before they’re all bolted together. The engines and transmissions run for hours on dynos, suspensions are battered on test rigs, aerodynamic shapes are tweaked in wind-tunnels and drivers are tuned into their cars on the incredible simulators…

This all meant that on the first day of testing there was not a single red flag! 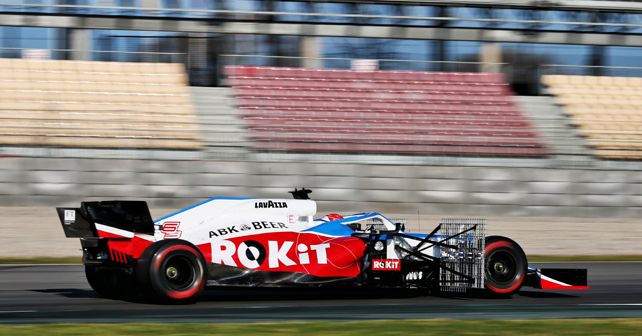 Mercedes ran both drivers and completed a total of 173 laps, which was five more than Max Verstappen did on his own in his Red Bull. Carlos Sainz completed 161 laps for McLaren, while Alfa Romeo did 138 laps, the work split between Robert Kubica and Antonio Giovinazzi, Williams completed 136 laps, shared between George Russell and Nicholas Latifi, and the performance suggested that the team will no longer be an embarrassment. This was more mileage than achieved by Ferrari, although 132 laps was still a pretty impressive effort. 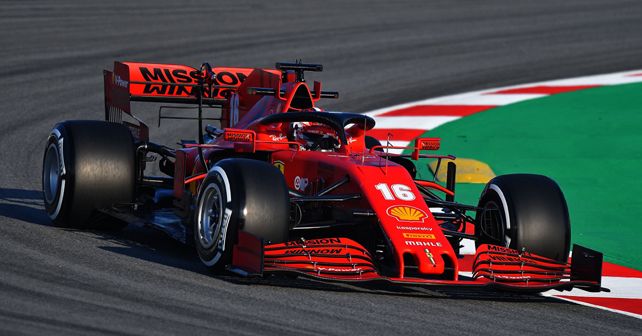 It was a low profile day for Ferrari, with Sebastian Vettel turning up for a photography session in the morning and then heading back to his hotel feeling like he was beginning to suffer from some kind of flu. Charles Leclerc happily took over the new car and had a solid day of running. It was worth noting that Ferrari CEO Louis Camilleri flew in from Italy to see the new car in action, underlining the importance of the 2020 season for Ferrari.

The lowest total of running on the first day was 105 laps by Haas F1.

Racing Point’s revival is not unexpected because the team has generally produced good results based on its modest budgets. This year those budgets have grown significantly and so the team is expected to be strong this year.

With the team transforming into Aston Martin F1 in 2021, it’s clear that Racing Point wants to build a solid foundation, particularly as Aston Martin has announced that it’s giving up on its plans to race the Valkyrie hypercar at Le Mans, which had been planned. Now the focus will be on Formula 1, which is not really a surprise given that Racing Point boss Lawrence Stroll is now the chairman and a significant shareholder in Aston Martin…

The key point in recent days has been the announcement that Mercedes F1 has signed a new five-year deal with Ineos, believed to be worth as much as $26 million a year. Wolff said that Formula 1 is a place where Mercedes has got a very good return on its investment, and he believes that the sport is on a good path for the future. He also took the opportunity to dismiss those who wrote that the firm would pull out of F1 as being ‘lunatics.’

The story was a good example of how something that was completely wrong was picked up by all manner of websites that write about F1, with no effort being made to verify the story. Such is the modern media, where websites care more about the number of people who read their pages, rather than whether or not a story is true – something which fans need to be aware of if they want a good picture of what’s going on in the sport they love...

F1 has transitioned into a fan-centric sport with growing popularity