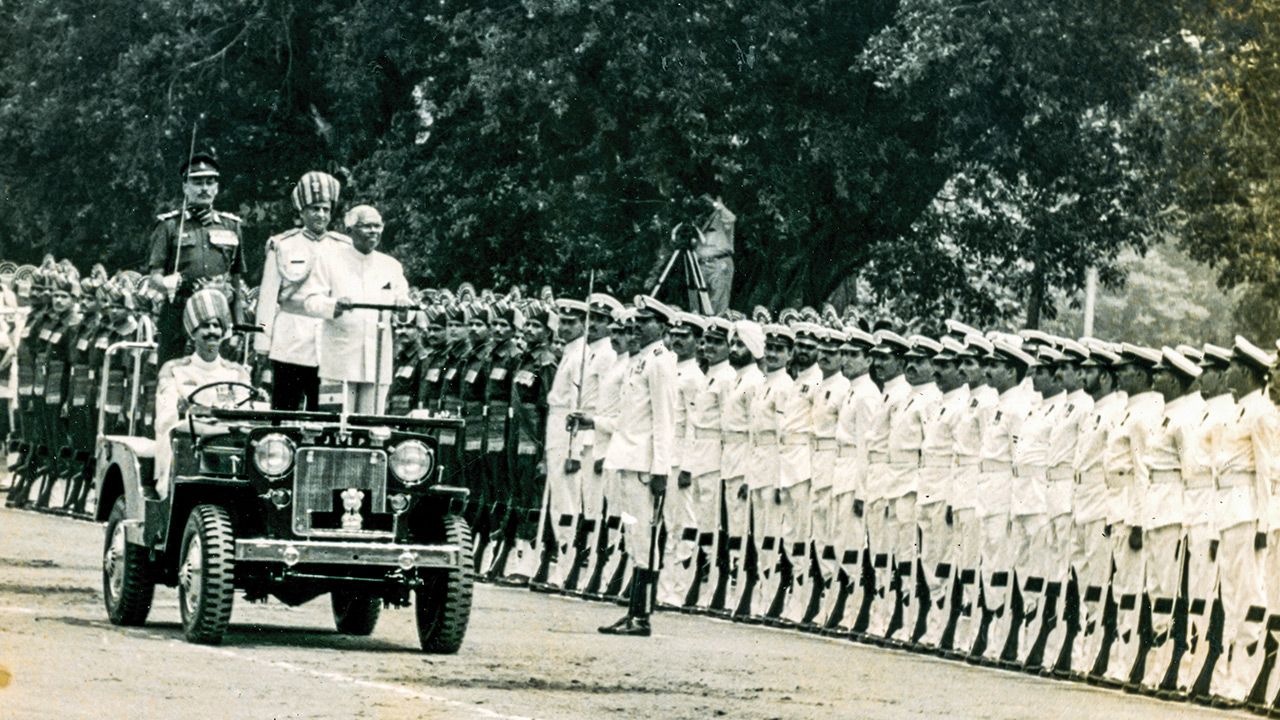 Memories of the second car in my family come rushing back to me as I read through Timeless Mahindra – a solid, near four-kilo tome by veteran auto journalist, author and historian Adil Jal Darukhanawala. Even before I turned 18, I was driving around in my father’s Mahindra & Mahindra CJ. We had sold our Ambassador and opted for the economy of a diesel vehicle, never mind that it had no creature comforts compared to the wizened old Amby. I remember fiddling with the CJ’s air vent located near the footwell to let in some breeze when it got too hot, and the distinctive 'flappety-flap' of the canvas top at higher speeds (we fitted a fibreglass Roplas body later). The Jeep made me ready for the floor-shift era compared to the Amby’s column-mounted gearshift. I even gave my driving test in it, with the RTO inspector commenting “Good!” on my performance. I wonder if he realised that, to get that approval, I had already been driving cars for several years before attaining legal age.

The Mahindra was our car of choice because it was an era when we needed to get the job done, in the most efficient way possible. No indulgences, no luxuries, just pure function. There was nothing that the Mahindra wasn’t summoned to do, whether it was to pick up relatives and accompanying luggage at the terminus or to drop off cement bags to some location. The clattery diesel engine intruded into the cabin, while the sliding windows of the Roplas body were fiddly. I believe we fitted a tape recorder that struggled to be heard above the accompanying din. Never mind. It was a rough-and-ready, but a versatile partner for a life which was then a work in progress.

Mahindra & Mahindra was forged in the anvil of war when the founders realised the powerful utilitarian attributes of the WWII Jeep. This veritable automotive Swiss Army knife would offer its multi-faceted attributes to build a newly independent nation. Moving on from importing, M&M would start a long collaboration with Willys-Overland, and its many subsequent owners, for manufacturing Jeeps in India. Mahindra’s Jeeps soon became part of India’s landscape, plugging away into the vast Indian hinterland, like worker-ants, busy doing a dizzying array of important things – from protecting Kashmir to starring in Tamil movies, and from helping forest rangers in Gir to manoeuvring through muddy tracks of tea-plantations in Assam. It was an extension of the soldier, farmer, policeman, fireman, Government official, doctor, lawyer, forest officer and, like my father, the entrepreneur.

Moving forward, M&M became more competent as a manufacturer, surviving an era of highly intrusive Government intervention to reaping the fruits of liberalisation, and prospering in the 21st century. Like the nation it had its deep roots in, M&M would create its own enormously difficult and challenging path, stumbling, falling, getting hurt, but, importantly, rising and moving on to where it is today – confident, capable and, overall, a positive force in the world.

This eventful journey is signposted by the numerous vehicles that M&M became known for, not just in India, but around the world. The innumerable CJ variants, the FC trucks, the Indian adaptation of the Willys Station Wagon, world-class tractors, the MM series, Armada & Armada Grand, the Bolero range, Scorpio, Thar, the path-breaking XUV5OO to the all-new Thar – these signposts indicate slow but steady progress, from utilitarian vehicles to lifestyle objects – reflecting the evolution of the Indian customer too over the decades. In many of the crucial moments of our young democracy’s seven-plus decades, Mahindra vehicles have had a central role to play. The enormity of this is evoked in the stirring black-and-white images of Timeless Mahindra and Adil’s accompanying text.

American author and journalist Jim Bishop said, ‘Books, I found, had the power to make time stand still, retreat or fly into the future.’ I came across this quote in a pink paper on the day I was writing this and felt there could be no better statement to encapsulate Timeless Mahindra. Right from the Jeep’s WWII antecedents, this book celebrates the 75-year journey of the automotive manufacturer by bringing alive not just the aforementioned vehicles, but the significance of the firm’s achievements over the years in a staggering variety of fields, be it their service in the armed forces, their presence on the silver screen, fighting it out in motorsport or the objects of passion of individuals from a wide swathe of Indian society. Your eyes open up to the growth pangs of the early days that have eventually borne fruit, as Mahindra vehicles conquer distant terrains around the world, and realise how deep Mahindra has become part of our lives. It also gives a glimpse of the future of the brand, with its investments in design, testing, engineering and manufacturing proficiencies. Of course, how could it do without the pages dedicated to the bunch of enthusiasts who keep the flag flying and challenge themselves and their machines to perform on extreme terrain. And then there is the tribute to the extraordinary, unique nationwide movement created by Mahindra Adventure. 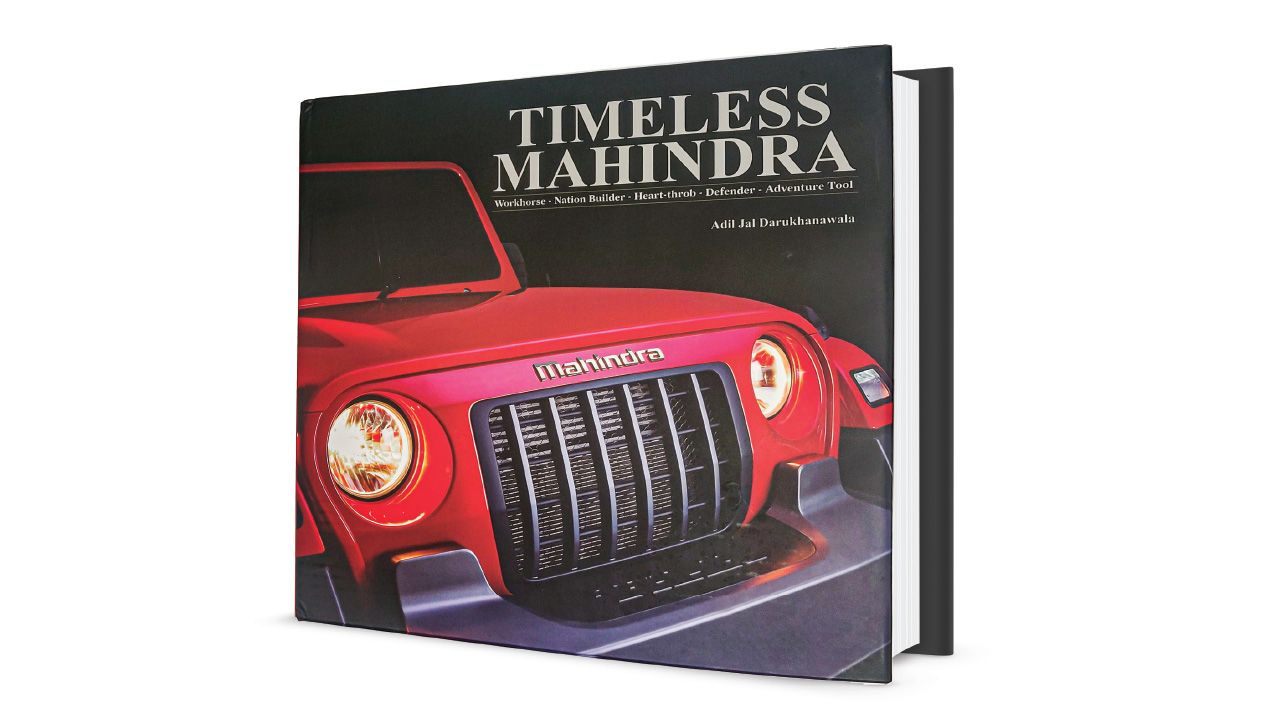 Let me assure you it’s not a hagiography; it’s a fairly objective record. By opening up their archives, the Mahindra journey comes alive in this book. To me, the most special parts are the little nuggets which are strewn around, as Adil takes you on this journey of discovery. Like the fact that most of the Kaiser Jeep CJ-5s in the country preserved by enthusiasts are those abandoned by the Pakistani Army when they were routed by India during the 1965 war. Or that the Government of India imported CJ-3Bs for the General Elections, promptly supplied by Willys-Overland, as mentioned in M&M’s 1954-55 Annual Report. The warts are also there. Like Mahindra employees taking orders from an enthused public at the Hanover Show for CJ-3Bs in the mid-1980s, ignorant of the fact that without a TUV certification, no car could be legally plied on German roads. Or scrambling desperately to give the Bolero something as elementary as a curved windshield within a budget. I’ll leave you to mine your own nuggets in this comprehensive tome; be warned, there are a lot of them.

Today, it’s easy for an auto manufacturer to take shortcuts to buy technologies, components and parts and even whole vehicles, and forsake the excruciating learning process to develop and manufacture its own. But that does not improve one’s standing in the eyes of the world, and, importantly, in your own eyes, as an Indian manufacturer. If you cannot develop a vehicle from scratch, what does that indicate regarding the capabilities of a nation and its people? Which is why M&M has to be appreciated because the journey of learning is arduous and never-ending, but essential. Because competence, capability and confidence cannot be bought, they can only be built. Timeless Mahindra draws attention to this fact in its own way.

1,328 road crashes in India during the lockdown

Watch on Netflix: Tucker – The Man And His Dream