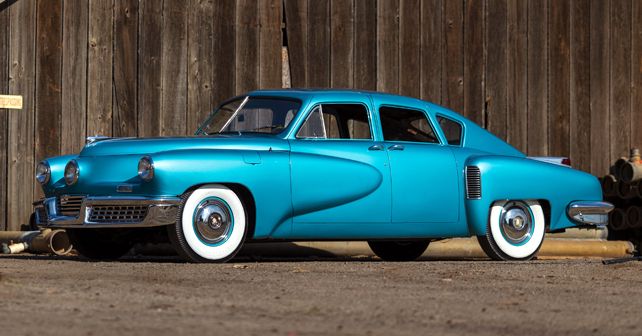 Did the failure of America’s most advanced car in 1948 slow the pace of American automotive innovation? Here’s the sad story of the Tucker 48.

In January 2019, at the RM Sotheby’s Arizona auction, a 1948 Tucker 48 was acquired for a staggering 1.6 million dollars. In just three months, at Bonham’s Tupelo Automobile Museum Auction, another Tucker sold for nearly two million dollars. But that was only the third-highest auction price paid for this rare American classic; the record is held by a Waltz Blue Tucker that was picked up for 2.9 million USD at the 2012 Barrett-Jackson Scottsdale auction. With only 51 units ever produced in a country that pioneered mass production and celebrated mass consumption, the Tucker 48 is the Holy Grail for American classic car collectors.

When it rolled out of the world’s largest factory building in Chicago – a facility that made Boeing B-29 Superfortress bombers – the Tucker 48 was ahead of its time compared to the rest of the Detroit iron. The cars produced by the Big Three – General Motors, Ford and Chrysler – were essentially based on carryover models of the WWII years. While the Tucker 48 – billed as ‘America’s first completely new car in 50 years!’ – was bristling with innovations. 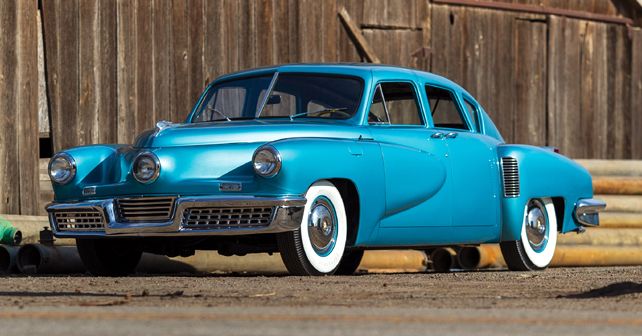 It was lower and sleeker than the competition; a ground-hugging aerodynamic projectile (with a Cd of .30) that could attain a top speed of 193km/h – making it one of the fastest American production cars of its time. It was initially called the Tucker Torpedo, but the name was scuttled owing to its negative war references. Its 166bhp 5,500cc flat-six Bell helicopter engine, which was converted to a water-cooled system, was located at the rear of the car. The ‘Cyclops’ headlight swivelled in tandem with the steering wheel, a pop-out safety windshield and a padded dash provided protection in case of a crash and the passenger compartment didn’t crumple. Dynamically too, the Tucker 48 was vastly better than the rest. It cornered well and stayed planted owing to its wide track, while all-round independent suspension with rubber springing meant that it offered a plush ride too. The Tucker 48 was simply ‘years ahead.’ It was not a typical advertising hyperbole.

Despite that, the production car did not come with quite a few of the features that were originally promised. This included seatbelts (because it would imply that the car was unsafe!), disc brakes, a sealed cooling system, electronic ignition, fuel injection, and more. One would expect that an automobile like this, which had over 5,000 people attending its launch, would be lapped up by an eager, car-hungry public and become a monumental success. Sadly, the opposite took place. 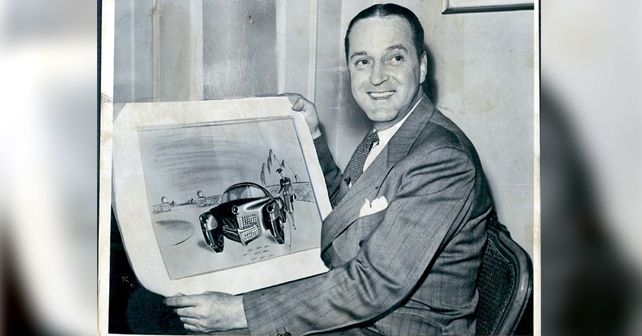 The Tucker 48 was the dream of Preston Tucker, a canny engineer and a deal-maker, with a gift of salesmanship. Though it was rumoured that the Big Three conspired with a Michigan senator to bring down his company, it was several other factors that put an end to Preston Tucker’s ambition. By the time the engineering challenges to make the car production-ready were surmounted and a few cars started trickling out, the business came under the harsh scrutiny of the US Securities and Exchange Commission – mainly because there was a difference between what the sales prospectus promised and what emerged from the production line. Word leaked out about its engineering and financial problems that further conveyed the impression that all was not well with the car or the company. Wall Street was convinced that Preston Tucker was a fraud because the cars did not fulfil the promises he made. By the time Preston Tucker and his team were exonerated by the SEC, the company had to get into voluntary liquidation. A mismatch between Tucker’s ambition and underfunding sealed the fate of America’s most advanced car, and perhaps slowed down American automotive innovation. 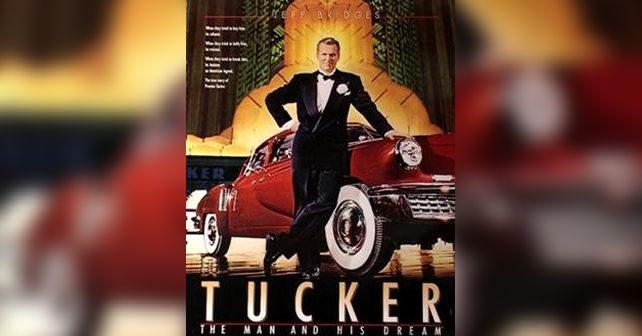 Tucker: The Man And His Dream

Since you may have some free time owing to COVID-19, you could watch the 1988 movie based on Tucker on Netflix, if you haven’t seen it already. Tucker: The Man And His Dream is directed by Francis Ford Coppola, starring Jeff Bridges as Preston Tucker. Like his subject, after several false starts, Coppola’s dream ultimately came to life when George Lucas of Star Wars fame stepped in as executive producer. The movie transformed from a musical, which was in Coppola’s mind, to a gutsy story of the American Dream. A caveat: it crunches timelines and takes quite a few cinematic liberties. Still, it’s a must-watch because both Coppola and Lucas were passionate about Tucker’s story and his 48. Oh, and both owned two each of the 47 cars that survived. 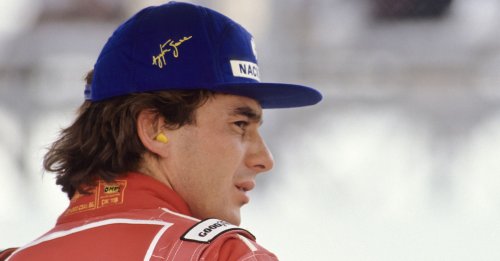