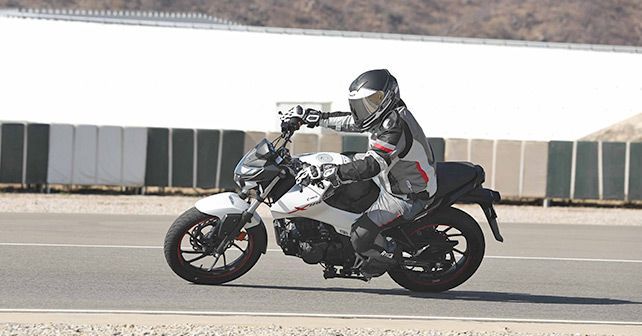 Hero’s Xtreme range is now being joined by a new 160cc streetfighter – an all-new, super-aggressive, and, as we learned after a quick ride, very capable rider!

It has to be said that Hero MotoCorp – which, for a long time, was engaged in producing a million iterations of the Splendor, along with some other commuter bikes – is suddenly showing a lot of interest in the ‘premium’ segment. You see, in just over a year, it’s given us four new 200cc bikes – the Xpulse 200, Xpulse 200T, Xtreme 200R, and Xtreme 200S. What’s more, it now has another premium naked bike that is all set to go on sale very soon.

The new bike that I’m talking about is the Xtreme 160R. Now, before you make the mistake of judging this bike by its cubic capacity, hear me out. The Xtreme 160R is an all-new motorcycle – it’s built completely from the ground up. Plus, it looks rather more attractive than its bigger siblings. And, then, there’s the way it rides…

Beefed Up
On the face of it, you may think that the Xtreme 160R is based on the same principles as the Xtreme 200R. And while that may be the case to some extent, the 160R looks and feels more modern in every way.

First up, the design. The Xtreme 160R has a more aggressive stance – it’s got more muscle, and the bodywork is edgier than the 200. In terms of equipment, the 160R comes with full-LED lighting – the headlamp, taillamp, and indicators are all free of the old-world battery-sapping halogen bulbs. The instrumentation is all-digital and feels rather premium too. There’s a hazard light switch and also a side-stand-engine-cut-off function. 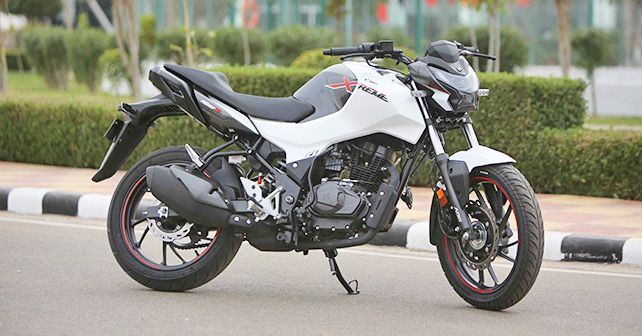 Amongst other design highlights, the 130-section radial tyre at the back adds to the sporty aspirations of the bike. Overall, the Xtreme has a beefy look, and I find it quite attractive and proportionate. The quality of plastics around the switchgear feels substandard though.

Light is right
According to Hero, the Xtreme 160R is an all-new bike, which means that the diamond-frame is all-new, and so is its 160cc air-cooled engine. Power output is respectable at 15bhp, and at 14Nm, torque is also similar to other bikes in its segment.

But what really sets the Xtreme 160R apart is its kerb weight of 138.5 kilos. This makes it nearly 10kgs lighter than its main competition, the TVS Apache RTR 160 4V. And this also means that it has an impressive power-to-weight ratio. Not to mention the fact that Hero claims that it can accelerate from 0 to 60km/h in 4.7 seconds, which is quite quick.

We rode the motorcycle at Hero’s test track in Jaipur. And although it was a very short ride – just 3 laps of the ‘handling’ circuit – the track did have a nice mix of elevation changes, flowing corners, straights, and tight bends. Performance-wise, the Xtreme 160R feels light on its feet, with brisk acceleration. The engine is smooth, but once you rev it past the 5,000rpm mark, you can sense vibrations through the handlebar.

The 5-speed gearbox feels a bit notchy, but the clutch is light. The gear ratios are close, and I found the in-gear acceleration to be quite strong. 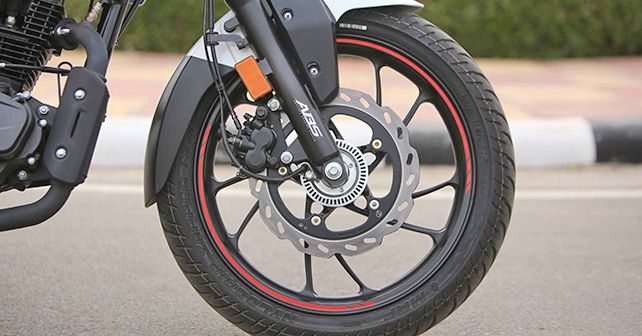 I would have to spend some more time with the bike to offer a clear assessment of its engine though. However, I’m totally convinced of its dynamic abilities. Frankly, the Xtreme 160R is a very sweet handling machine. It’s one of those machines that feels natural. The riding position is comfortable, but not entirely laid-back.

The 37mm Showa front forks load up progressively, and the bike doesn’t feel out of its element when you push it hard around corners. It’s super flickable during direction changes and doesn’t throw any surprises. The front-end feel and feedback of this bike is simply superb.

During my little time with it on the test-track, I enjoyed every second of it, throwing the bike around each and every corner! The tyres, too, feel grippy and sufficient for the task at hand. The brakes, however, have a very wooden feel, similar to how they are on the Xtreme 200.

First impressions
The Xtreme 160R may be making a somewhat late entrance, but it has all the makings of a winner, simply because it’s a likeable product. You see, it looks good, has strong engine performance, and, above all, it’s a very enjoyable motorcycle to ride. Plus, Hero’s brand name certainly adds value to the product.

Overall, if Hero manages to price it well, the Xtreme 160R will surely turn out to be a very worthy rival to segment best-sellers, like the Apache RTR 160 4V, Yamaha FZ-S, and Suzuki Gixxer.

X-Factor: The Xtreme 160R is a well-equipped and good-looking streetfighter, which is also surprisingly fun to ride.