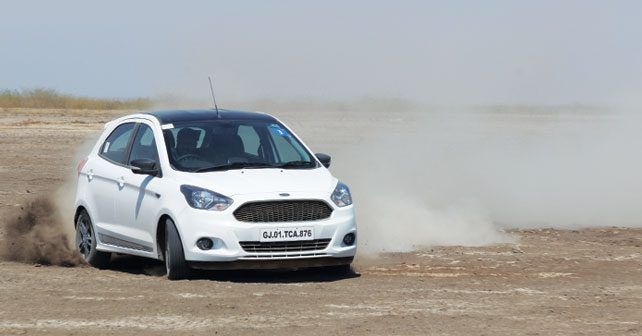 A discussion about affordable enthusiast offerings is incomplete without the ol’ Ford Fiesta 1.6 S. It had all that a petrolhead could ever ask for – a punchy motor, stiff springs, accurate steering and of course a sporty appeal. With such a high benchmark set in the past, the new Ford Figo Sports has massive shoes to fill. Can it deliver? 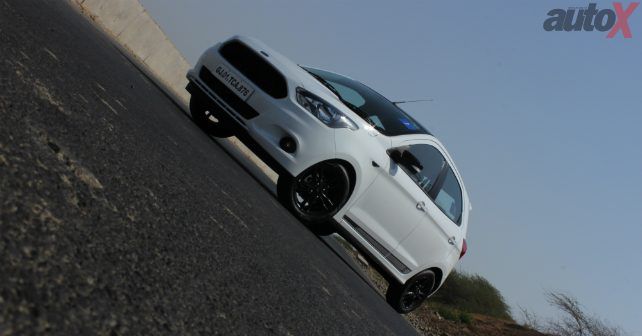 Unlike some other manufacturers, Ford has worked hard and made considerable changes to the Figo S thanks to which it is easy to distinguish it from the standard model. A majority of the changes to the new Figo S are cosmetic. The horizontally slat chrome grille gives way to a black honeycomb one and the standard headlight has been replaced by black bezel ones.  The alloy wheels, ORVMs as well as the roof get a piano black treatment as well. At the back, the Figo S gets a roof-mounted spoiler that adds a sense of sportiness to the design. Obvious distinction from the standard model comes in the form of ‘S’ decals along the sides – which by the way looks tacky. Strangely, there is no other badge flaunting its sporty DNA on the tailgate. One would have assumed that with so many changes, Ford would have at least fitted the Figo Sports with parking sensors, but the feature continues to be missing. 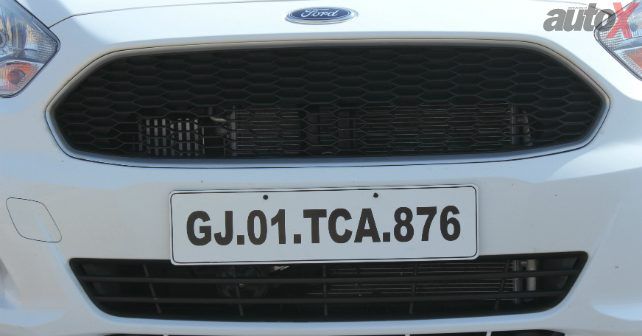 Changes on the inside are fewer and limited to a leather wrapped steering with contrast red stitching. The seats continue to be fabric but sport the contrast stitching too. Ford has launched the Figo Sport in the Titanium variant with the Ford MyDoc feature and not the top-of-the-line spec with the Sync AppLink. This move has been made keeping in mind that the Titanium model sells more than the top-end trim. Not to mention the price. The addition of all of these Sports updates would push it further up to some of the premium hatches. 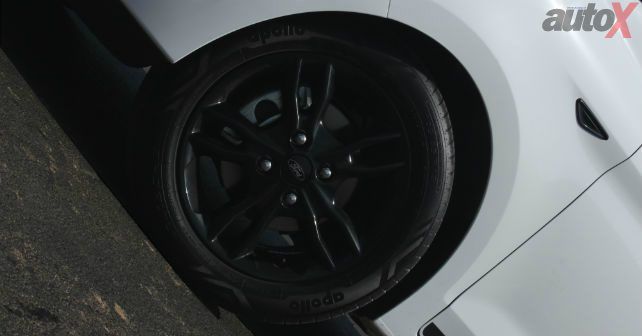 So, are the changes to the Figo Sports just cosmetic then? Not really. Ford has tweaked the suspension – made it shorter by 10mm, stiffer and the anti-roll bars too have been beefed up. Combined with that and the larger 15-inch rims and wider 195/55 section tyres, the Figo Sport has been endowed with better cornering capabilities. The planted feeling is reassuring and stirs you to push the Figo Sport harder. Although it doesn’t feel as sharp as the Fiesta S, but it does come somewhat close. The steering wheel is light, which should work for most buyers, but for some who are buying the car for its sporty dynamics, it can be a let-down. We would have loved a bit more weight and directness from the steering. The shortened springs would have ideally resulted in a lowered ground clearance but the larger wheels compensate to ensure that it remains unchanged at 174mm.

While the change in the suspension setup is obvious when attacking corners, it hasn’t adversely affected the Figo Sports’ ride quality. We drove it through from Ahmedabad through some of the interior roads of Gujarat, to Little Rann of Kutch. The route that was chalked out offered a fair combination of rough and smooth roads – which for the most part was tackled with fair poise by the Figo Sports. However, going over larger potholes does result in a fierce thud that even seeps into the cabin but that is the price you willing pay for improved dynamics. 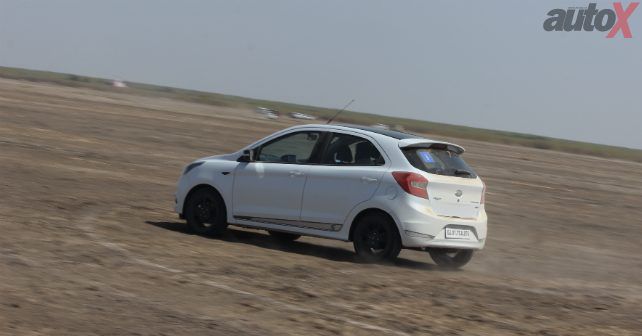 At the heart, the Figo Sports continues with the same engine options as the standard model with the exception of the 1.5-litre petrol which comes mated to the 6-speed automatic transmission. We sampled the one with the 1.5-litre diesel motor. The beauty of this engine is in its tractability which comes courtesy its 215Nm of torque kicking in as low as 1,750rpm right up to 3,000rpm. From there 99bhp engine ensures that it is easy to maintain the speeds. Once past the 4,000rpm mark, the graph somewhat drops down. Ford hasn’t touched the engine and the 5-speed gearbox it comes with – not that they needed to. For its dimensions and the kind of power it puts out, the Figo is easily among the faster hatches in the country. Owing to the wider tyres, bigger wheels and the addition of the rear spoiler, the weight has increased by about 20kg, but that has hardly made a difference in its performance. It has, however, marginally impacted the fuel efficiency which is down by 1.5km/l – again a compensation enthusiasts will readily make. 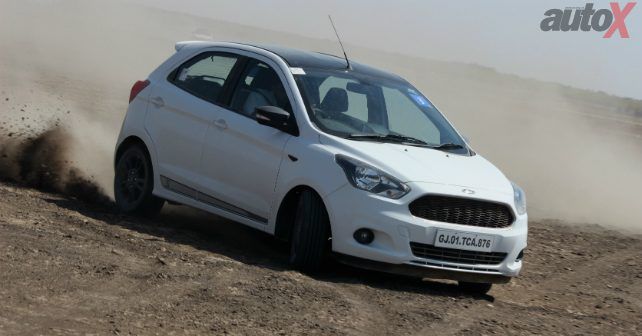 Ford has launched the Figo Sports with the 1.2-litre petrol at Rs 6.31 lakhs while the 1.5-litre diesel engine option carries a price tag of Rs 7.21 lakhs (ex-showroom Delhi) – an increase of about Rs 50,000 over the standard model. The biggest question is – is it worth the additional moolah? The standard Figo is a good-looking car and all the changes to the Sports Edition make it look even better. And keeping in mind the larger wheels, wider tyres and the tweaks to the suspension, the Figo Sports is worth investing the extra sum on. That being said, the changes from the standard model aren’t as extreme due to which it doesn’t wear the ‘S’ badge with as much smugness as the old Fiesta.