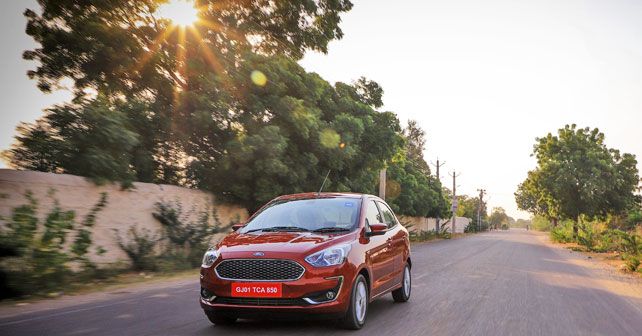 It may have an exterior that looks somewhat identical to the model it replaces, but the 2018 Ford Aspire has a new petrol motor and quite a few other changes that make it a worthy competitor in the compact sedan segment

Change, it's said, is the only constant. Trends and technologies today change faster than a speeding bullet. And it’s true not just for fashion and mobile phones but also for the automobile industry. With developments and changes getting faster, the life cycle of a product is getting shorter. Ford has experienced this first hand with the Aspire.

Launched in 2015, the Aspire was easily among the most feature-rich, safe and well-rounded sub-4 metre sedan on the market. In the three years since its launch, Maruti brought in the new generation Dzire, Hyundai introduced the refreshed Xcent, and Tata launched the Tigor. Each of these cars took the sub-4 metre class a notch higher in their own ways. Keeping that mind, along with the absence of a significant update, it becomes evident that the Aspire had lost substantial ground. It's a classic case of ‘if you aren't moving forward, you are going backwards’. Now, a face-lift of the Aspire is clearly an attempt by Ford to catch up with its rivals. But the question that remains to be answered is – has the shot hit the bull's eye, or has it missed the target altogether? 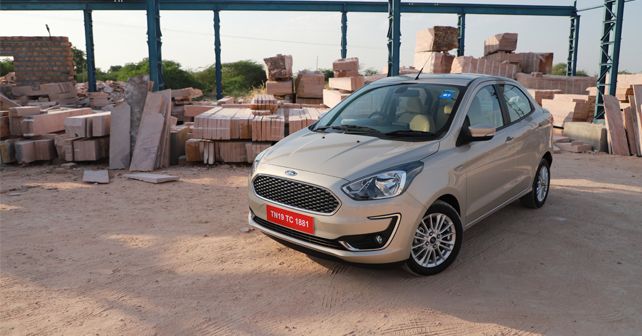 Interestingly, this mid-life refresh doesn't quite employ a new design philosophy, however, it does bring quite a few noticeable changes. Let's start with the front. The 2018 Aspire gets a new front-end design. Gone is the Aston Martin-inspired four-slat grille! Now, we have a honeycomb grille with chrome surrounds. While it looks like an after-market fitment – at least to me– the chrome will surely be welcomed by a lot of buyers. The bumper has been reworked too, and it now gets larger air dams and C-shaped chrome housing for the fog lamps. The re-profiled headlight now gets blacked out bits with chrome highlights. Sadly, it still misses out on LED Daytime Running Lights and projectors. Not much has changed along the sides except for the newly designed and larger 15-inch alloy wheels. At the rear too, things largely remain unchanged, except for a slightly reworked bumper.

Much of the interior remains unchanged in the new Aspire. The dashboard and the steering wheel have been carried forward. In fact, the shape of the centre console is identical too. However, the calculator-like infotainment gives way to a 6.5-inch touchscreen unit with Ford’s new SYNC 3 tech. It also features Apple CarPlay and Android Auto. We loved the touchscreen on the EcoSport and the Freestyle, and we love it on this one too. In fact, it won’t be an exaggeration to say that it’s easily the most intuitive in the entire segment. 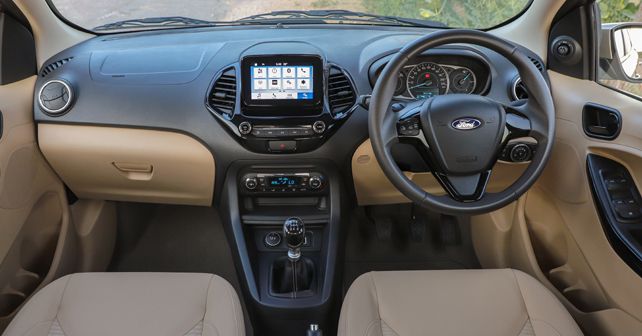 Seats – both front and rear – of the Aspire are amply comfortable. There is ample leg and knee room at the back. The pre-facelift version came with leather upholstery – something that this iteration misses out on. It could be one of the aspects that helped Ford reduce the price over the model it replaces. At 359 litres, it has the smallest boot in the segment – the Maruti Suzuki DZire, Hyundai Xcent and even the smaller Tata Tigor have a larger boot than the Aspire.

The Aspire is on par with the segment standard in terms of features – at least for the most part. The top-spec trim gets a height adjustable driver seat and steering wheel, electrically adjustable ORVMs, Day/Night inside mirror and more. Unlike the model it replaces, 2018 Aspire also comes with a reversing camera and parking sensors. In terms of safety, it’s the only the car in the segment to offer 6 airbags on the top-spec trim.

The Aspire borrows the petrol powerplant from the Freestyle. It’s the same 1.2-litre 3-cylinder Dragon unit that churns out 96bhp and 120Nm. It makes the maximum power and torque of any other cars in the segment. For a car with a three-pot motor, the Aspire is surprisingly refined. When idle, the cabin is as quiet as a library, and it remains like that even at low engine speeds. There is a noticeable hesitation in the bottom-end, which makes quick overtakes a bit cumbersome. While the initial reluctance does demand frequent gear shifts, thankfully the new 5-speed transmission is smooth and the clutch is light. The car comfortably sits at 2,000rpm in the top-cog at speeds of about 80km/h. This means that for a quick overtake, you’ll have to drop a gear or two. That being said, the revs build up consistently and the Aspire feels a lot peppier once the tacho needle crosses the 3,000rpm mark. In fact, from there on, it gains momentum a lot more consistently and doesn’t shy away from revving right up to its 6,500rpm redline. It does get a bit noisy as you get there, but it doesn’t feel strained.

The Aspire also comes with a diesel motor but this is the same 1.5-litre mill from the pre-facelift model. Pumping out 99bhp and 215Nm, the diesel Aspire is impressively tractable. The torque kicks in as low as 1,800rpm, which makes it extremely easy to drive in most conditions. The engine comes paired with a new 5-speed transmission, and it’s noticeably better than the one on the pre-facelift model. 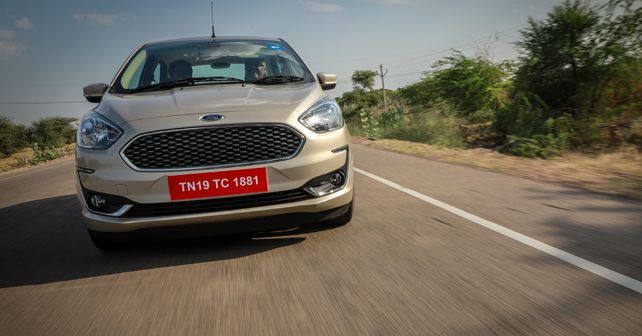 The Aspire has always been a car that offers a great balance of ride and handling. This 2018 iteration takes that a step further. Ford has taken the ‘if it’s not broken, don’t fix it’ approach as far as the suspension is concerned. There are no changes to the suspension in this refreshed model. That said, it does come with wider 195 section tyres, which interestingly are wider than the ones on the Freestyle. The wider rubber does help improve the ride quality marginally. When driving over uneven roads, there is no bounciness or discomfort even at the back. One of the biggest complaints of the older Aspire was the 14-inch wheels. Ford has now changed that and fitted the refreshed Aspire with 15-inch wheels. Ford cars have always aced the handling and the face-lifted Aspire is no exception. The steering feels great and the car does not feel nervous over a series of bends.

The Ford Aspire has been launched at a starting price of Rs 5.55 lakh for the base petrol going right up to Rs 7.24 lakh for the top-spec trim. The diesel, on the other hand, is priced between Rs 6.45 lakh and Rs 8.14 lakh. All prices are ex-showroom Delhi. Despite the updates, Ford has slashed the prices of the Aspire by about 15,000 – 20,000, and that makes it considerably cheaper than some of its rivals. Moreover, Ford promises an ownership cost of 38 paise and 45 paise per kilometre for the petrol and diesel variants respectively – an attractive ownership cost indeed. 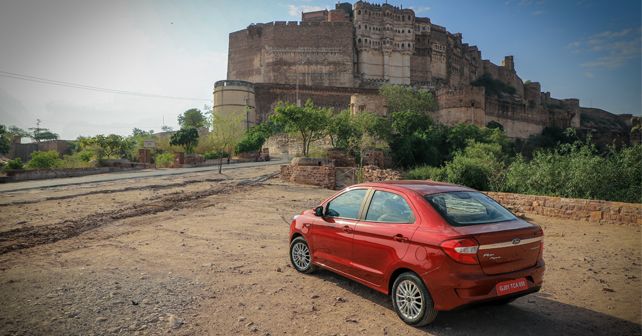 As far as the car is concerned, it does almost everything well. The 1.2-litre petrol motor is impressively smooth for a three-cylinder mill. Yes, it does lack low-end grunt, but once you overcome that, it’s quite a fun motor to drive. Over the years, the diesel has proven to be superbly tractable and efficient too. Ford has also fitted it with a lot of features that were missing from the brochure. Most importantly, the Aspire has once again managed to hit that sweet ride and handling balance – something that will keep the enthusiasts and their family happy. So, if you are in the market for a well-rounded compact sedan, the Aspire is hard to ignore.