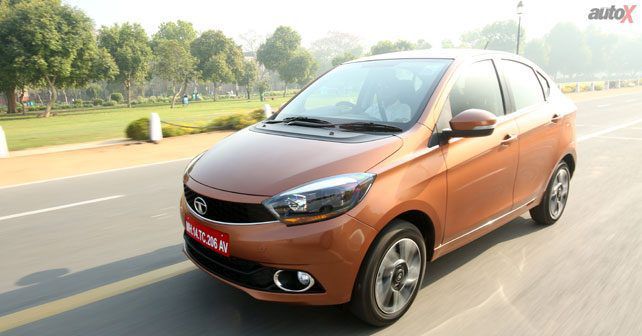 It’s a well-known fact that restoring a brand in the Indian market is no mean feat. And Tata Motors knows it very well. Undergoing a revamp, slowly, the brand has been gaining traction in the market, albeit there is much more that still needs to be done.

The latest product of this ongoing revamp operation is the Tigor. Targeted at the high-volume sub-4m segment, the sedan is based on the same platform as the Tiago hatchback and shares its running gear. As far as the design goes, Tata’s design head Pratap Bose and his team has done a pretty good job with the Tigor. With a unique shape that’s somewhere between a large hatchback and a compact sedan, the Tigor does tend to stand out with a unique rear-end design. And while it may not please enthusiasts of traditional design, fact of the matter is that it is this unique design that will make the Tigor a point of discussion for prospective customers. Another impressive aspect of the design is the detailing that has gone into the car, so there is an impressive set of head and taillights, along with a full-length high-mounted stop lamp at the rear, which will be another differentiator of the car from its competition. 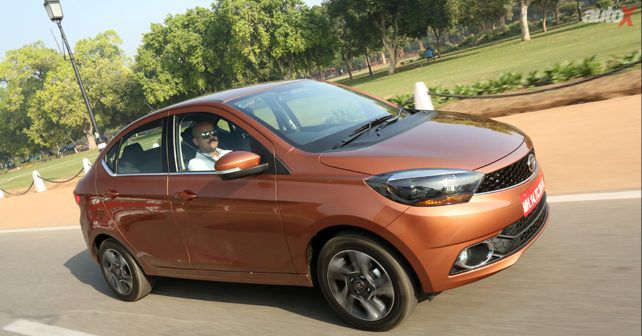 Tata’s engineers have also worked hard on improving the niggles that were there in the Tiago, and this effort shows on the Tigor. The interior materials feel better than before and the quality levels are quite acceptable, given its competition. The overall build quality too feels quite solid, though some of switches could be improved upon. The interior design remains relatively simple, but quite effective. Unlike the Tiago though, the Tigor now gets a 5-inch touchscreen, which is fairly easy to use. The menus and touch response of the screen though is quite good, however, like most touchscreens, it is barely legible in direct sunlight and that can be quite inconvenient. Also, a word on the Harman Kardon audio system of the Tigor, which sounds quite good and is far superior to any of its competitors as far as sound quality is concerned. As far as interior space goes, the car feels quite spacious with ample leg and shoulder room, and the seats too, are quite comfortable. Tata does claim that the Tigor is a genuine five-seater, but I still think that long journeys with five adults will prove to be a problem, in short commutes it would be bearable though. 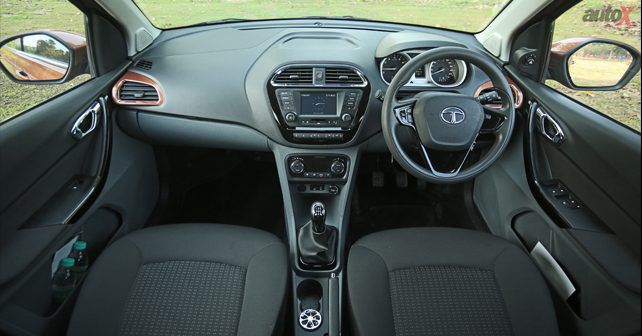 Since the Tigor shares the same powertrain as the Tiago, we get the same two engine options – the 1.2-litre petrol and the 1.05-litre diesel paired, as of now, with only the five-speed manual gearbox. In the Tigor, the refinement of both the engines seems to have been worked upon and the overall NVH levels are comparable to its competition. But, in both engines, at high rpm’s, a little bit of vibration does creep in through the steering and seats, which can be a bit annoying if you’re the kind of driver who likes to rev the engines. However, performance wise both the engine deliver adequate performance for our conditions, and given the good overall visibility from inside the cabin of the Tigor, zipping through urban traffic is a breeze. What also helps here is the slightly raised seating position, which helps the visibility. Performance wise, the diesel engine seemed faster and easier to drive faster – because of the higher torque output – and would be our preferred engine choice. 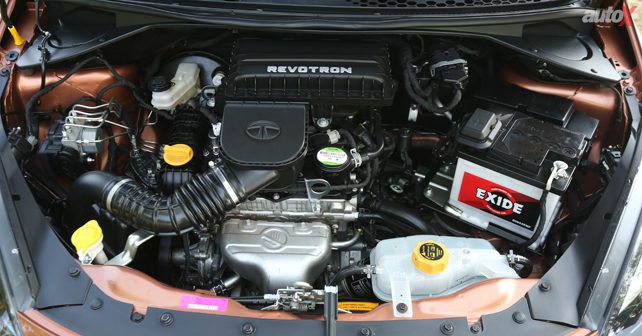 The real highlight of the Tigor’s driving qualities though was its suspension setup. Like most other recent Tata products, the Tigor too has fantastic ride quality and handles bad roads with aplomb. But, the electric steering is a bit of a disappointment as it feels surprisingly lifeless and artificial off-centre, but that improves as you add more steering lock. While we didn’t get much time to thoroughly test the handling of the Tigor, but from our initial impression, the car does roll quite a bit and seems setup more for ride quality than handling. And the gearshift too has been worked on, as the gearbox now has far more defined gates which ease the process of shifting gears and the nature of the gearbox is such that you can rush through gearshifts easily. 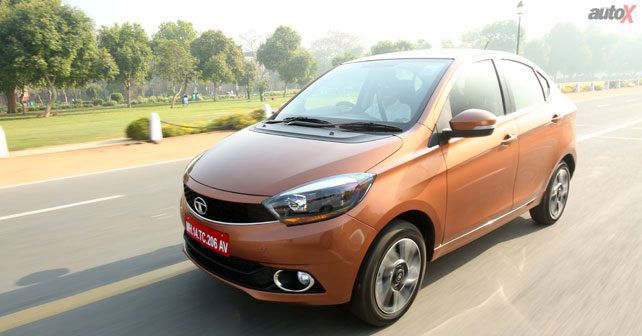 When we look at the Tigor from a wider compass then, it represents another leap for Tata’s product team in developing a product better than their previous efforts. They’ve made progress in all respects of the car, and the hard work shows, barring a few small niggles. And it certainly is a worthy competitor to its rivals. However, the bigger challenges for Tata are two-fold. Firstly, the sub-4m compact sedan segment has been shrinking off late and every product other than the Maruti Dzire has not been doing very well. And the larger question is how much progress has brand Tata has made in changing consumers mindset for them to accept a Tata product again? While both these questions are difficult to answer until the Tigor hits the market, what we can say about the car is that with its unique styling and a good selection of features as well as improved quality, it certainly is a conversation starter for a prospective customer. And maybe, that is what Tata needs the most at this time.