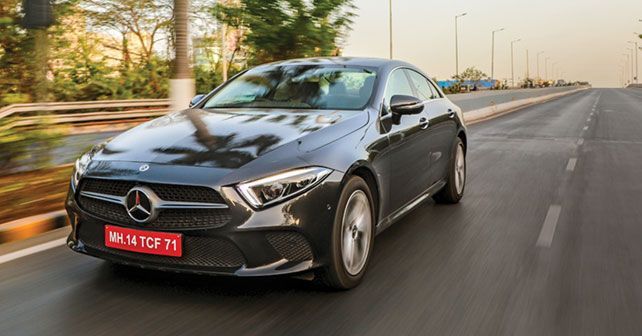 Sure, the third-generation Mercedes-Benz CLS looks the part – but can it justify its hefty price tag?

It was 1886 when Karl Benz developed the first gasoline-powered automobile. Since then, the German manufacturer with the three-pointed star has been at the forefront of innovation in terms of engineering and design.

In fact, Mercedes Benz has a lot of firsts to its credit – the first diesel-powered passenger car, first production car with a fuel-injection system, first vehicle with ABS, and the list goes on-and-on. But technology is not the only field in which Mercedes-Benz has made its presence felt. You see, Mercedes not only revolutionised the automobile industry in terms of technology but also design – and the CLS is the perfect example of this. 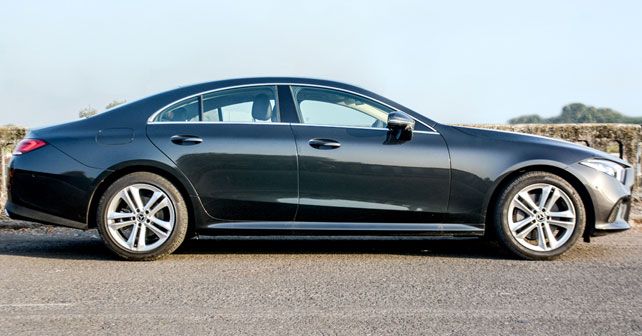 Seductive design
While driving the CLS, you can’t help but notice that it turns a lot of heads. I wouldn’t say that it’s a particularly beautiful car, I’d rather describe it as a sporty amalgamation of elegance and seductiveness. The new car’s design, however, still has a few familiar hallmarks of previous CLS generations – an arching waistline, a sloping roof and a lack of hard edges.

It has, however, gone through a few changes in terms of design. It now gets more angular headlamps and a sporty front-end that seems to take its inspiration from Merc’s AMG models. It also has slim, attractive-looking tail-lights that extend all the way from the fenders towards the centre of the boot. Suffice to say, with its slender lines it certainly looks like a coupe in silhouette. 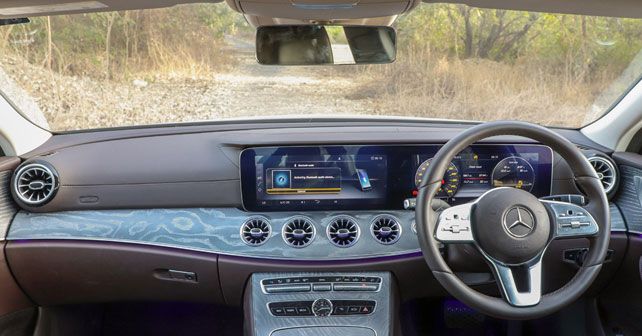 Interior & tech
Based on the same underpinnings as the latest Merc E-Class, the CLS also borrows a lot of tech from the S-Class. It’s also the first CLS coupe to feature five seats instead of four.

There’s a lovely 12.3-inch digital display, as well as a widescreen cockpit display. You also get ambient lighting that can switch between 64 colours. There’s leather splashed all over the cabin, with nice silver-wood accents. Overall, the quality of craftsmanship is second to none.
It also gets a parking package (including an HD reversing camera), Agility Control suspension and intelligent lighting. Other features include keyless go, electric seats, a Burmester stereo and an electric sunroof.

The illuminated air vents shaped like jet turbines are my favourite part of the dash. The backlighting changes from red to purple to blue, depending on your temperature setting – it’s perhaps the best interior setup in any luxury car at present.

Passengers at the back may feel a bit cramped in terms of space, owing to the sloping roofline that leaves very little headroom. The rear seats are also not the best, but you can’t expect anything else from a car that wants to be a coupe. Even though Mercedes claims it to be a five-seater, I wouldn’t call it that at all.

Being whisked around
Now, because the car is imported to India, and not built or assembled here, it carries a very high price tag. So, to control the price, Mercedes has decided to offer the smallest engine variant for the Indian market. This means that what you get for `85 lakh is a 2.0-litre, 4-cylinder turbo-diesel. But, before you dismiss it, let me assure you that the engine does have a healthy output of 242bhp and 500Nm of torque. And, as you’d expect from Mercedes, it’s really smooth and refined – so-much-so that it almost feels like a 6-cylinder unit.

As a result, the performance is remarkably good. It responds quickly to even gentle throttle inputs, and the 9-speed auto reacts smoothly to make the most of the available torque. The car offers four-driving modes – Sport+, Sport, Comfort and Eco. There’s also an ‘Individual’ mode that allows you to customise the way the engine, suspension, steering and traction function. In Sport+, flat-out acceleration is quite impressive, and the CLS 300d can sprint from 0 to 100km/h in 6.9 seconds. The E 350d does it in 7 seconds.

The air suspension is so great that it makes the car glide over broken tarmac. But its low ground clearance means that you need to be careful, especially over big speed-breakers.

This isn’t a vehicle that you can chuck around though. Instead, it’s a car suitable for relaxed driving. The coupe design might make it look sporty, but the CLS is all about taking it easy! It’s still a luxury car that you can use to commute in every day, and it certainly offers you that feeling of being whisked around in total comfort. 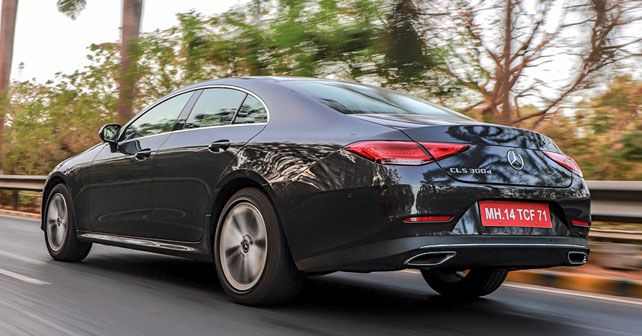 So, is it worth spending the extra premium on this attractive four-door coupe? Or does the E-Class do the job just fine?

Well, if you’re a Beemer fan, you could opt for the chunkier looking BMW 6GT in the M-Sport variant, which costs around `10 lakh less. Personally, I’d simply go for the E. It’s way more comfortable and just as relaxing and fun to drive. In the CLS, what you’re essentially paying for is the extensive list of equipment – some of which you’ll never use – and, of course, that stylish coupe-like stance that will ensure that all eyes are on you.

X-Factor: A seductive coupe that can actually accommodate four people.