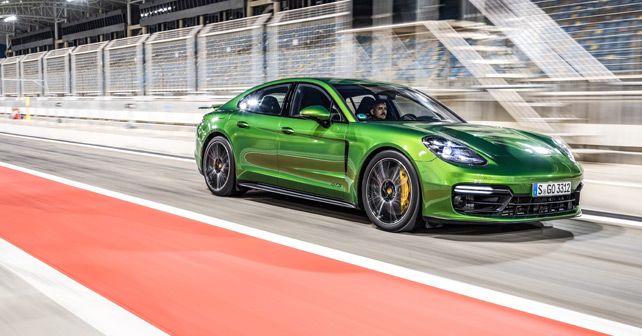 With the second- generation Panamera, Porsche has finally sorted out its weakest link – the design. We take the more focused GTS version for a spin on the marble-top roads of Bahrain, as well as on its fantastic F1 Circuit.

Before I delve into the details of the new Panamera, I think a confession is in order. I’ve been a Porsche fanboy for as long as I can remember. Of course, part of this is due to the 911, and its lasting allure over the past five decades, but I suppose what always attracted me to the brand was its ground-breaking models, like the 959, 918 and, my personal favourite, the Carrera GT. Everything about that car is simply sublime – its raw appeal, its design, its engineering and, of course, the race-car-derived V10 engine. Talking of race cars, well… there’s no other sports car in the world like the invincible 917, which, along with many other such machines – and yes, I’m looking at you Stefan Roser, piloting the RUF Yellowbird around the Nordschleife in your white socks – that has had me smitten with the brand for god knows how many years now. 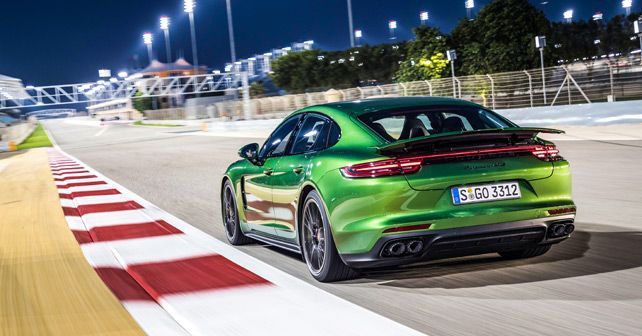 But it’s true that no brand in the world is perfect – everyone has produced a lemon or two over the decades, and Porsche, despite its achievements, must be held accountable for the first generation Panamera. Sure, the car was a new concept and created its own market, not to mention that it was incredible to drive, but, by God, was it awful to look at. Many years ago, Dhruv and I, on our way to the office, were stuck behind a Panamera, and I distinctly remember telling him that he should either overtake the Panamera or park up and to let it go because I couldn’t bear the sight of it anymore. So, when I got the invitation to drive the latest Panamera, in its pretty hardcore GTS avatar, my reaction was – well, you don’t look a gift horse in the mouth…

It’s beautiful, finally
Let me begin by saying that the biggest achievement of the new Panamera is its impressive design. In the standard trim, the rear-end is a massive improvement over the previous car. Also, in general, the new car has a much more refined design. However, it’s the Sport Turismo version of the Panamera that really catches your eye. With its wagon shape and a very sleek, flowing design, the Sport Turismo has an appearance that would make me very happy indeed to drive this car every day. And, the added functionality of a bigger boot is another draw from a practical front too. In GTS trim, the Panamera gets additional visual features, such as the black chrome all around the car, 20-inch alloy wheels as standard finished in – you guessed it – black, and a lowered suspension. And the GTS also comes in some unique colours, such as the Mamba green that you see here. 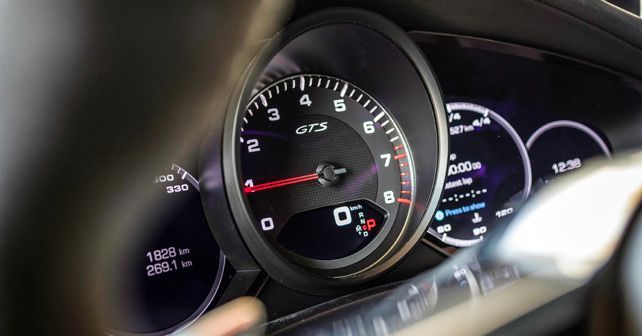 A similar theme adorns the interior of the GTS, featuring alcantara in both its roof lining and steering wheel, while the interior trim features brushed black aluminium, which looks great. The seats have GTS stitched on them – some versions of the car have red contrast stitching, which looks fantastic. The interior is spacious and airy, but, mind you, with its big transmission tunnel, it remains a four-seater, albeit a very stylish and luxurious one.

A large screen that mimics the analogue gauges of Porsches of yore, with the tachometer bang in the centre, dominates the view from behind the steering wheel. There’s another large screen that controls the navigation, audio system and the other functions. Interestingly, the controls mounted around the gear lever have the appearance of switches, but in reality, it’s a haptic touchscreen that works quite well – although it does take some time to get used to it.

Light on its feet, of course
Coming to the performance, the Panamera GTS is powered by a 4-litre, twin-turbo V8 engine, which in this trim offers 453bhp and 620Nm of peak torque. Transferring all that power to the road is a standard fit all-wheel drive system paired to an eight-speed dual-clutch gearbox. Given the positioning of the GTS, it’s essentially faster and more track and driver focused than the regular model, but, at the same time, not as extreme as, say, the Turbo. The standard-fit air suspension has also been tweaked for firmer damping, and the car has been lowered by 10mm.

As a result of all this, the steering response on the Panamera is instantaneous. The car feels quite light on its feet, and the engine revs quite freely. The exhaust – a sport exhaust is a standard fit on the GTS – sounds quite nice too, but, given its positioning, I expected the exhaust to be slightly more vocal, at least in sport mode. On the billiard-table smooth roads of Bahrain, the Panamera GTS was brilliant to drive, with instant throttle response, virtually no turbo lag – a result of the turbos being positioned inside the V of the V8 engine for maximum efficiency and quick response – excellent shifts of the dual-clutch gearbox and plenty of steering feel. However, when we encountered some bumps, I couldn’t help but think that on our shattered Indian roads the stiff suspension could be an issue.

On the Bahrain F1 Circuit, the Panamera’s performance really surprised us. For example, despite its over five-metre length and an almost three-metre long wheelbase, the Panamera is remarkably agile, even around corners. Sure, you can feel the size of the car and its two-ton weight limiting the extent to which you can push it, but, despite that, the Panamera was easy to drive and remarkably forgiving. The all-wheel drive system helps immensely in providing traction, and the gearbox shifts brilliantly. With the car in Sport mode, the steering mounted rotary controller allows you to shuffle between modes, and works very well. Accordingly, it was easy to push the car to its limit, and deal with the rather bumpy sections of the track.

Never runs out of breath
There is one other thing about the Panamera that really impressed me. Despite its weight and size, the Panamera performed on the track all day long without any hesitation – neither the engine nor the gearbox heated up or complained at all. All we had to do was to watch the tyres and the fuel levels, and the Panamera continued pounding around the circuit without a hitch. And here I should also complement the huge brakes on the GTS – 390mm at the front and 365mm at the back – which functioned flawlessly all day long. In fact, so capable is the chassis of the Panamera that it feels like the car can easily handle another 200 or 250bhp without any trouble.

In short, the Panamera GTS is a very able and effective machine. And, fortunately, Porsche has finally sorted out its design with this second generation – I would even go as far as to say that the Sport Turismo is one of the coolest cars on sale right now. With its fantastic build quality, sorted dynamics, a great set of seats and ability to fulfil multiple roles, the Panamera GTS is a very tempting choice for anyone looking for a machine that can be used both for long road trips, as well as quick laps on any racetrack in the world. The only bummer – at least for people like me – is the price, which will be just under `2 crores when it hits the Indian market early next year. However, for its target audience, the GTS is a unique two-in-one machine suitable for various roles. As for me, well, when is the next big lottery due again? 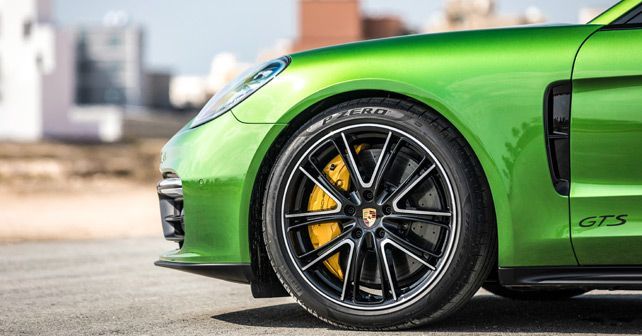 The Panamera, in GTS guise, features a bunch of visual clues to differentiate it from other versions. Most apparent of those is the blacked-out chrome trim, the 20-inch black wheels and the badging, which is also, you guessed it, in black.

X-Factor: If you’re looking for a fast car that excels at both long road trips, as well as track days, the GTS is pretty hard to beat.