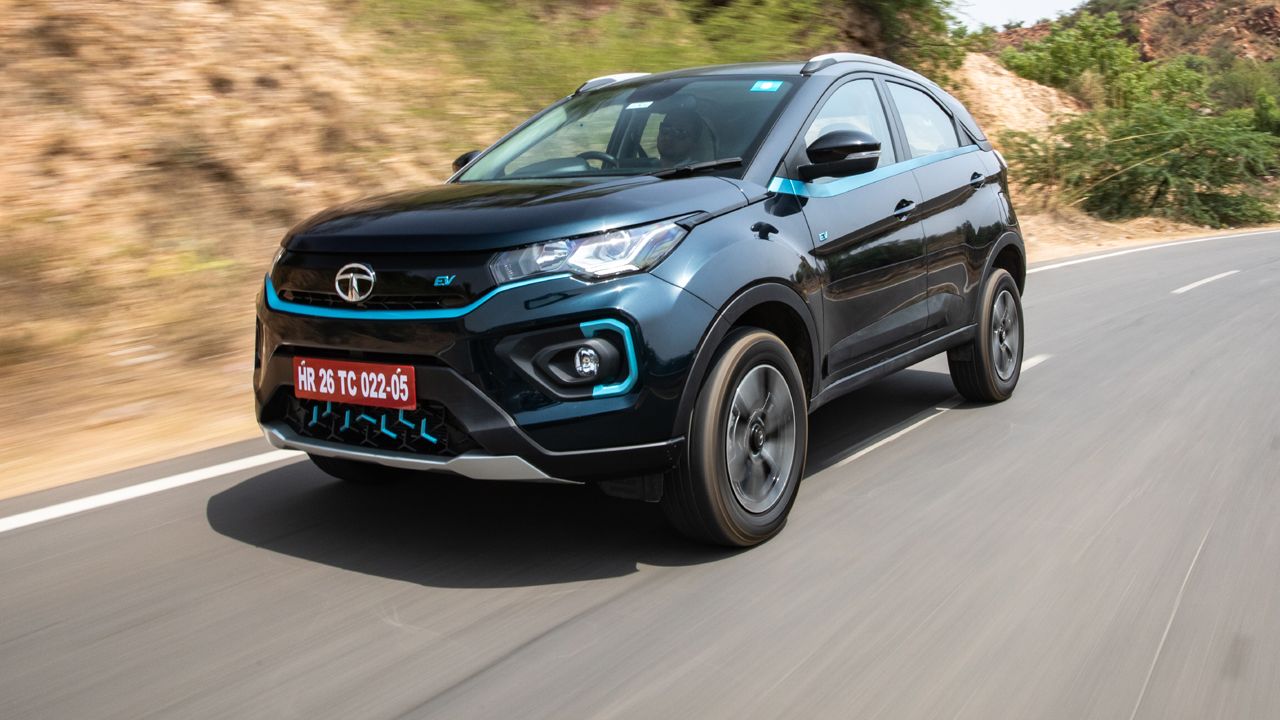 Headlined by a larger battery pack, the 2022 Tata Nexon EV Max promises a longer range and better overall performance than the regular Nexon EV. Is it really the case, though? We take the new version on a long drive to see if it can live up to the claim.

As soon as it arrived on the market in 2020, the Tata Nexon EV turned out to be a runaway success for its maker. Currently, it's the best-selling electric car in India, which goes on to show that Tata made the right call at the right time with the Nexon EV.

More than the numbers, though, the biggest achievement of the Nexon EV is that it single-handedly democratised EVs in our country. Despite its substantially higher price tag than the regular petrol- or diesel-powered Nexon, the electric version is flying off the shelves. What's more, as a mass-market electric car, the Nexon EV ticks almost all the boxes. However, there’s no denying that it is not quite perfect – it has its shortcomings, especially in terms of real-world range and driving dynamics. 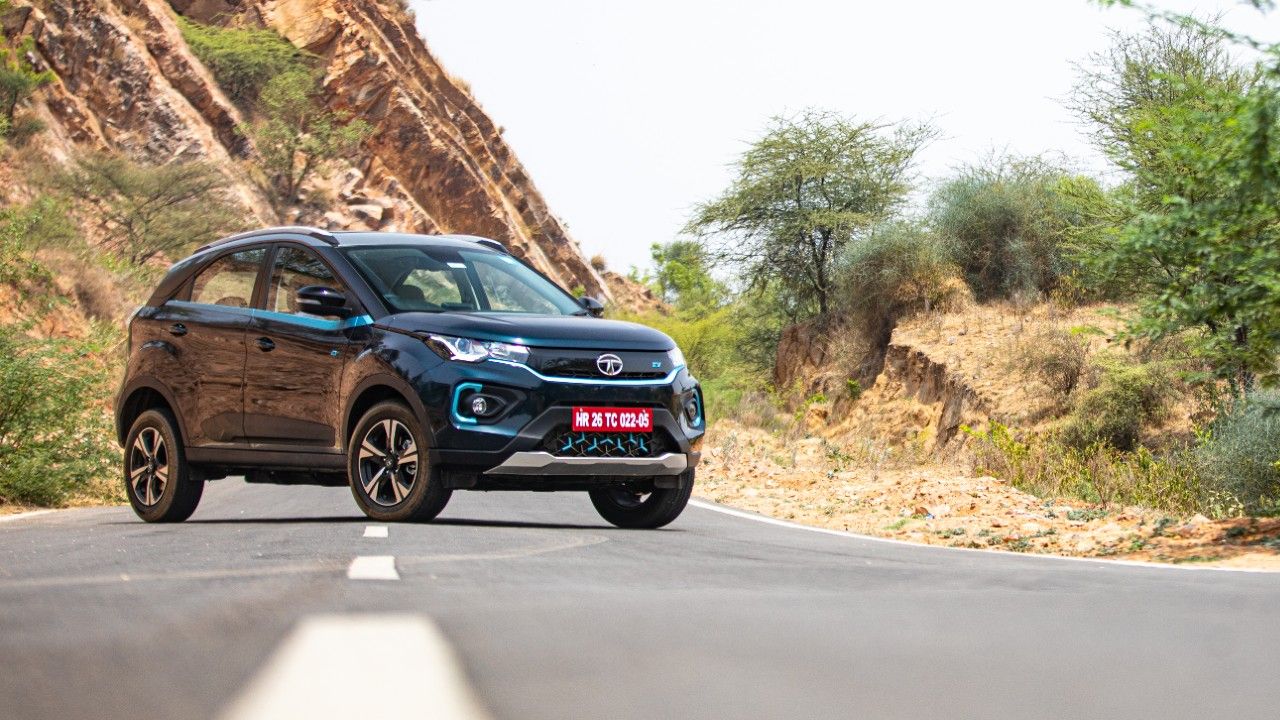 Now, two years after its market launch, Tata Motors has brought the updated Nexon EV Max into the market. According to the company, everything about it is ‘Max’, and it also claims that all the previous issues with the standard car have been sorted in the latest model. Is it the case, though? We got to spend a day with it to find out.

On the surface, the Nexon EV Max looks more or less similar to the regular version. You can, however, differentiate it from the standard Nexon EV, given its new ‘intensi-teal’ paint option and updated dual-tone 16-inch alloy wheels. Inside, the updates are more prominent. New elements include a rotary gear selector, ventilated front seats, and an air purifier. It retains the 7-inch Harman touchscreen, which is okay to use but doesn’t feel as crisp or premium as it should in a Rs 20+ lakh vehicle. You also get Auto Hold, Hill Descent, and four levels of Regen Braking (0, 1, 2, and 3). Among other features, there’s an auto-dimming IRVM and a sunroof. The steering can only be adjusted for rake. Overall, everything in the cabin is well put together, and the quality of plastic bits is very good. The textured dashboard and honeycomb pattern on leather upholstery particularly look impressive. 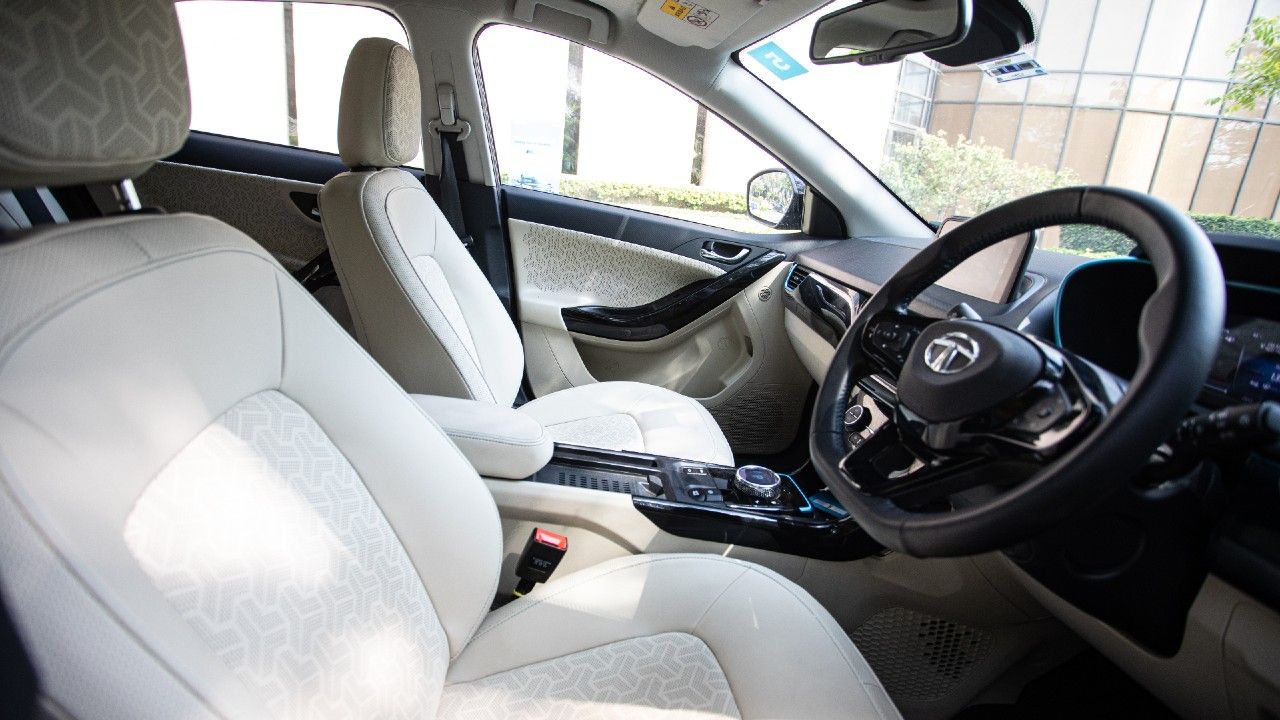 Under the skin, the updates are even juicier. The Nexon EV Max features a larger 40.5kWh battery pack – over 10kWh more than the standard version – and at 141bhp and 250Nm, it develops more power (+14bhp) and torque (+5Nm). The biggest improvement comes in the range department – Tata claims that it can now do 437kms on a full charge, which is 125kms more than before. There’s also a 7.2kW home charger, which juices up the battery pack in just 5 – 6 hours, which is significantly faster than the 3.3kW charger of the regular version, which takes 10 – 12 hours. Using a 50kW DC public charger, the battery pack can be recharged from 0 – 80% in just 56 minutes. 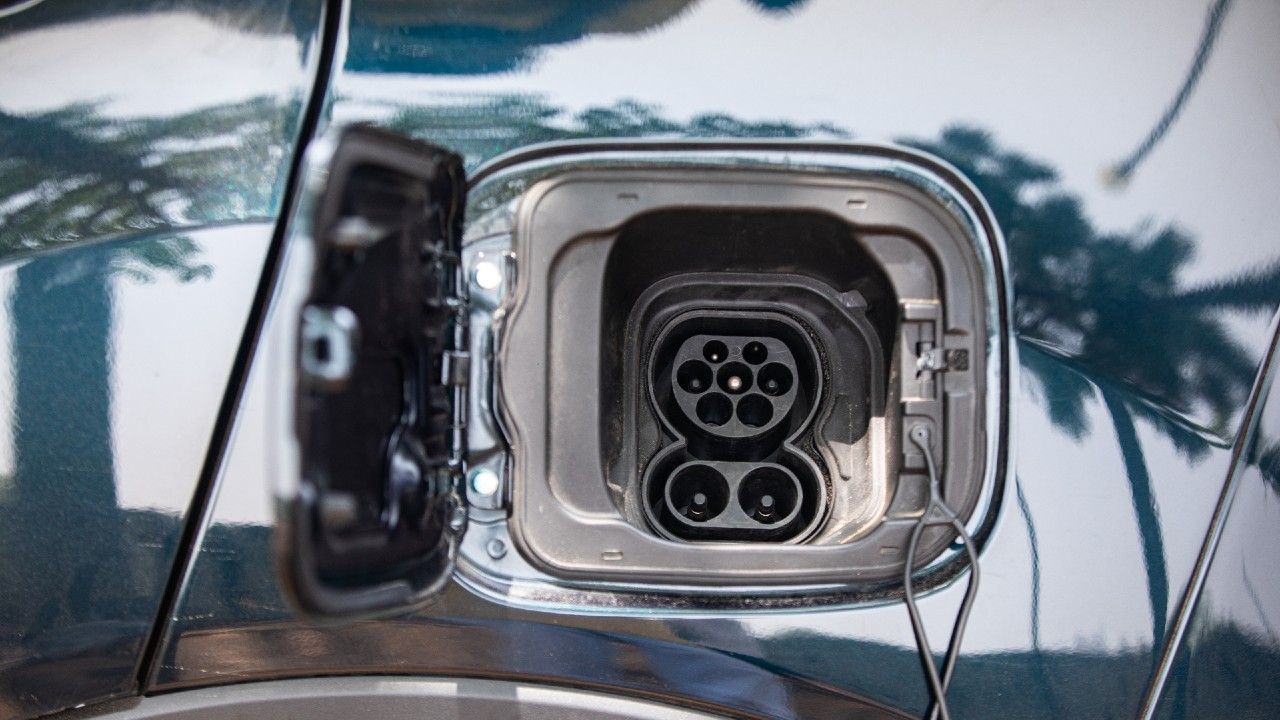 Thanks to all the updates, the prices have also gone up substantially – the Nexon EV Max starts at ₹17.74 lakh for the XZ+ variant and goes up to ₹19.24 lakh for the XZ+ Lux variant (both prices are ex-showroom). This makes it dearer by over ₹1.5 lakh than the equivalent variants of the standard Nexon EV.

Now, since the biggest draw of the Nexon EV Max is its larger battery pack and longer driving range, we decided to put that claim to the test in the real world. We drove for a total of nearly 150kms in a day and decided to document everything from start to finish. Here’s how it went...

As soon as we started from our hotel (in central Delhi), the onboard computer indicated a range of nearly 400kms at 98% of charge. However, the moment you turn the air-con on, it drops by a whopping 40kms. So, the moment we hit the road, the range had already dropped to 356kms.

I decided to cover the first few kilometres driving sedately and without using any regen mode. As soon as we were on the Delhi-Gurgaon expressway, the road opened up, and I found myself going faster, maintaining speeds of 80 – 100km/h, with occasional bursts of 120km/h wherever possible. This is how I’d drive a conventional ICE-powered car, meaning I wasn’t doing anything extraordinary. At high speeds, the stability was good, but I felt the steering was kind of vague – on-centre, it felt lifeless. 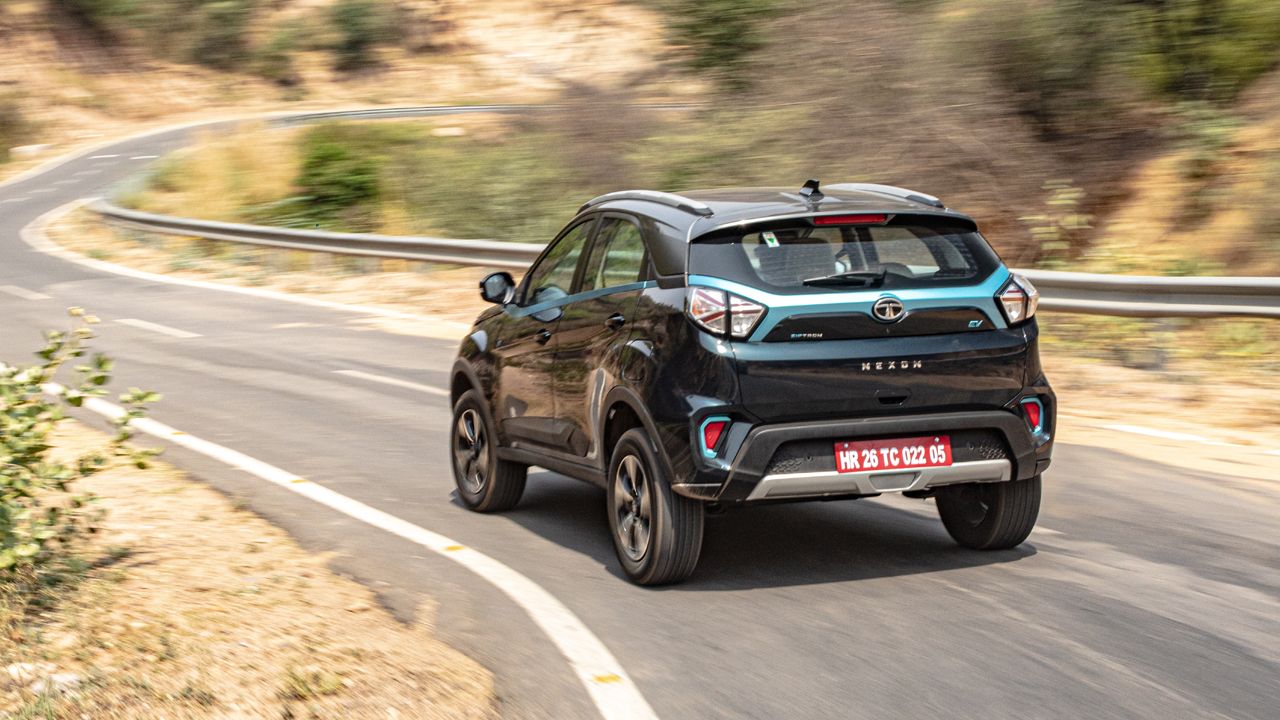 Just 4kms before our shoot location, we got stuck in a bad jam. And by bad, I mean terrible – Google Maps showed a delay/congestion of 48 minutes ahead! We got out of the jam in about 30 minutes, but as expected, this had an adverse effect on the range. By the time we reached the location, we had only covered 41kms, but the range had dropped by a staggering 120kms – the driver display indicated we had 195kms and 75% of juice left. Now, while the range had dropped significantly, we had only lost 23% of charge, which was good news.

During the second stint, we carried on with the photo/video shoot, which involved both the car being idle (ignition switched on) for about half an hour and some spirited driving. I turned the regen to its most aggressive setting – Level 3 – and switched between different modes – City, Sport, and Eco. 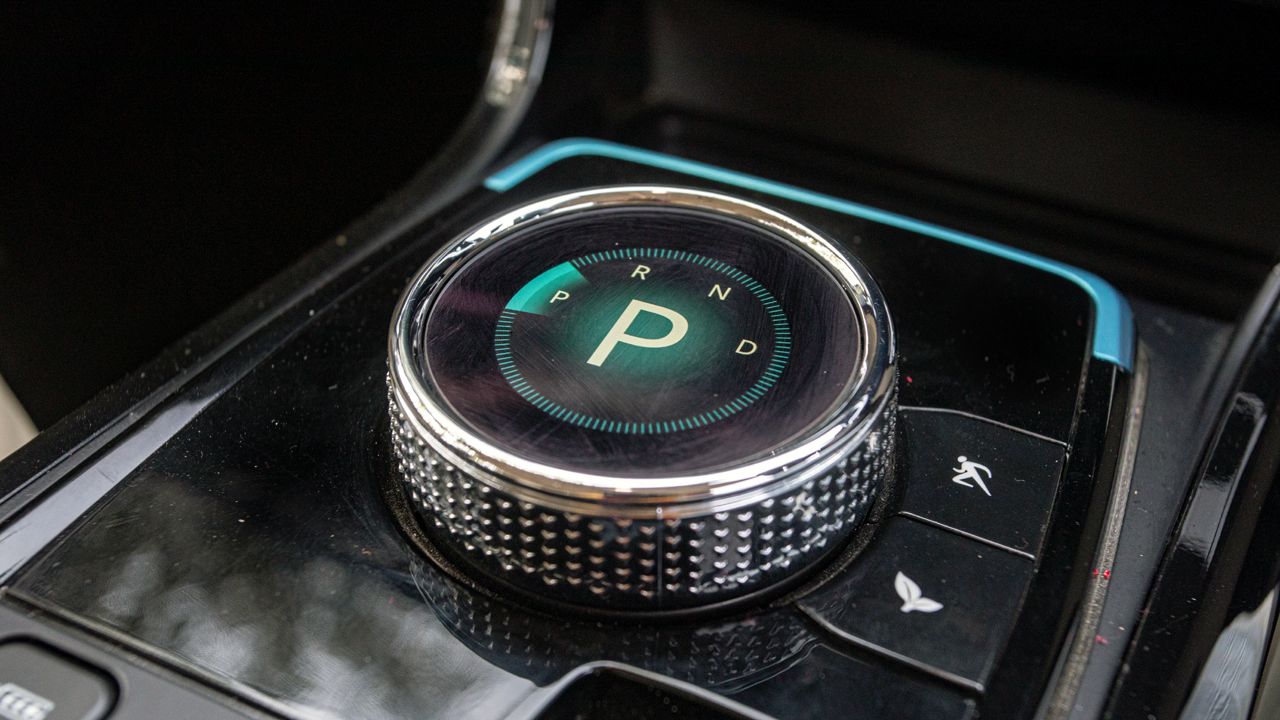 Before I get on with the range talk, I’d like to highlight some of the Nexon EV Max’s key highlights. With a more powerful motor, the Nexon EV Max is a quick car, especially in Sport mode. Switching to Eco mode dulls the response but not much, and the City mode is the most balanced, of course.

Another thing worth highlighting is the EV Max’s ride and handling. The balance is perfect, and despite weighing 100kgs more than before, you don't feel its weight around corners or while going over bad roads. The suspension is stiff for obvious reasons, but it isn’t jittery over bad roads. Similarly, the steering, even though it feels vague on-centre, is more predictable and linear when you’re driving around bends. What’s more, with traction control finally on offer, it puts the power down in a clean manner. The front tyres no longer turn into a cloud of smoke when you mash the accelerator pedal. 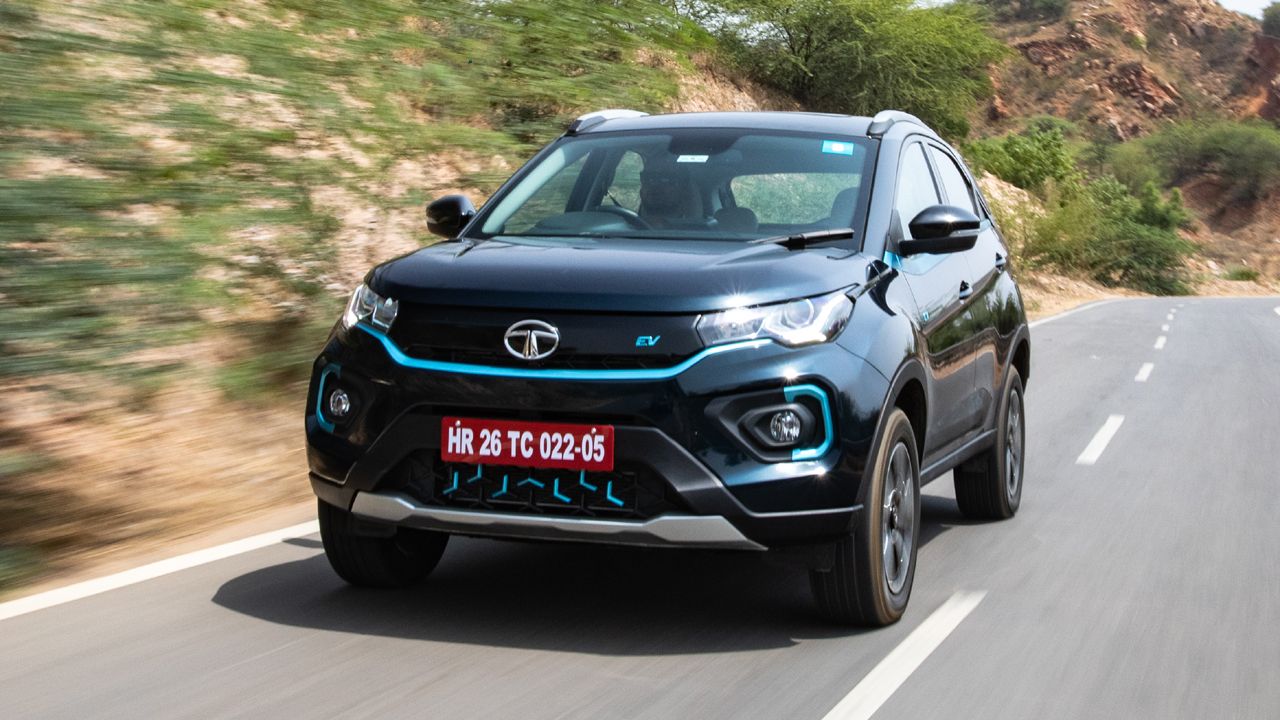 The brakes have improved vastly too. They don’t feel wooden like that of other EVs, and the pedal has a progressive feel. That said, the braking performance isn’t as sharp as you would expect from a vehicle with disc brakes on all four wheels. However, with the introduction of regen modes, the EV Max decelerates quicker now. In its most extreme setting or Level 3, you can drive in town with just one pedal, and it also helps increase the range marginally. What’s more, the regen system has an engine-braking sort of an effect upon lift-off, which makes driving in the hills quite fun – it feels natural and intuitive. That said, I’d suggest sticking to Level 2, as Level 3 can be a little too extreme in daily driving, especially in traffic.

After finishing the shoot, it was time to head back to the hotel. At this point, we had covered a total distance of around 75kms (since the start), and the battery level had dropped to 54%. In the second stint, we covered close to 34kms, consumed 21% of battery, and lost around 15kms from indicated range. While not as great as the claimed numbers, the real range had started to improve at this time.

In the final stint, I decided to switch to Eco mode and turned the regen to Level 2. The traffic was light to moderate this time, and once again, I didn’t try to eke out the maximum range – instead, I continued to drive normally. I never crossed 80km/h and maintained speeds of 60 to 70km/h on empty stretches. By the end of the journey, I had covered 61kms, and the EV Max had lost only 20% charge. It was the first time during the drive that the indicated range had increased and not dropped – the onboard computer showed that we had gained 3kms. This was more representative of the claimed range. Of course, it required driving sedately, but I must say that I wasn't particularly careful with my driving style. 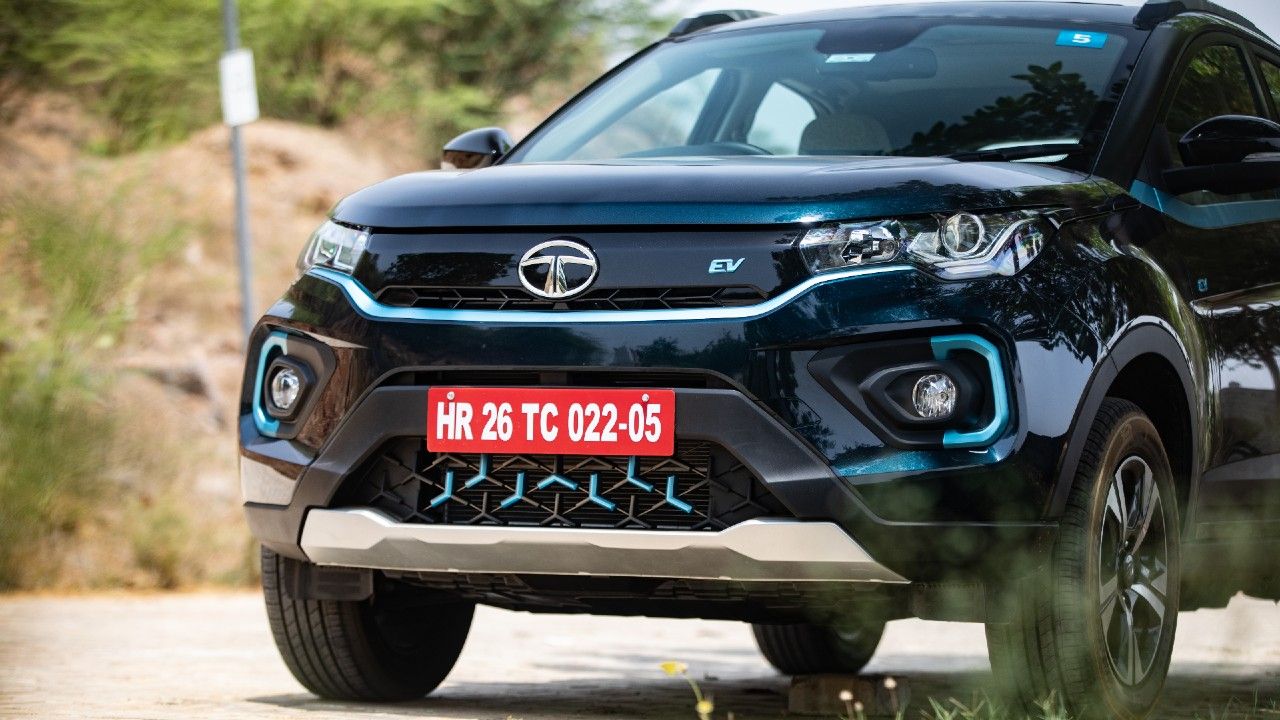 In the end, after doing our calculations, we estimated that the Nexon EV can do close to 270kms on a full charge or even breach 300kms on the highway. Now, that’s a very impressive real-world range for a mass-market EV.

While the Nexon EV Max will certainly not get anywhere close to its claimed 400kms of range on a single charge, it definitely has a longer range of around 280 to 300kms, which means that it does deliver on its promise. Where the standard Nexon EV would struggle to go past 220 – 230kms of range, this one gives you an extra 70kms of peace of mind. 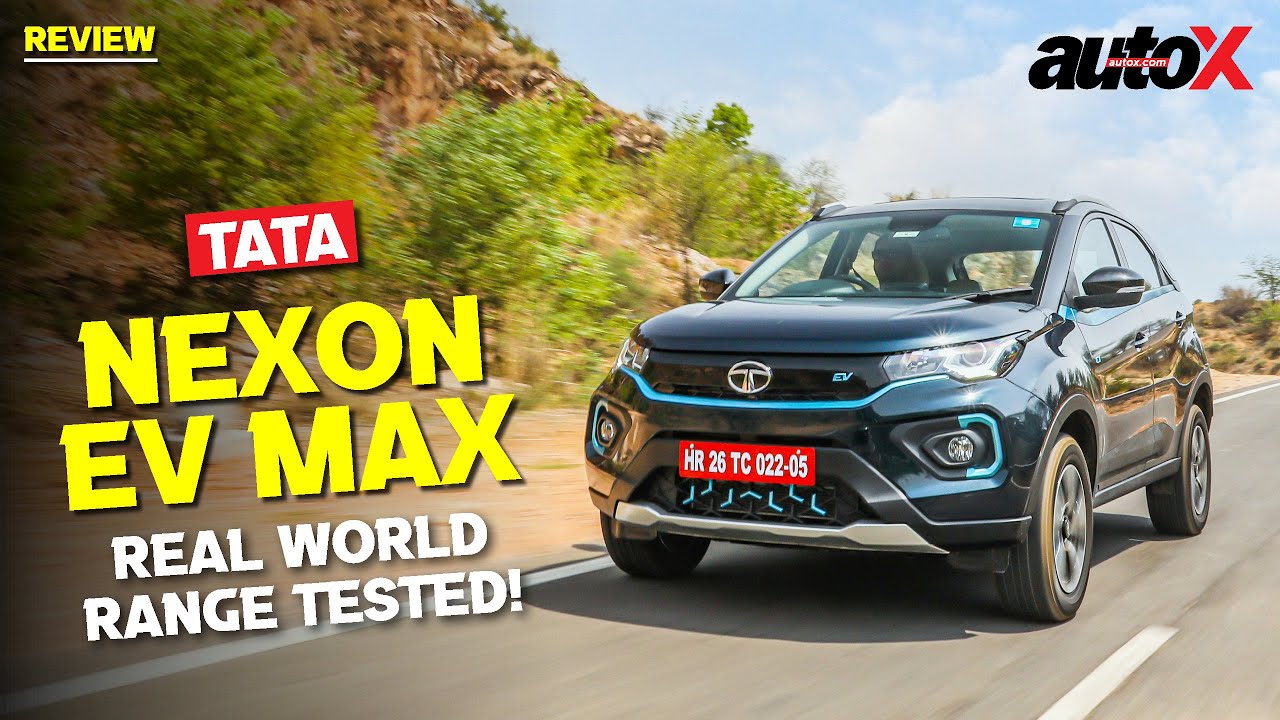 What’s more, the EV Max is definitely a more rounded product, and it feels more complete now. Sure, with a price tag of 20 lakh (ex-showroom), it’s quite expensive for a sub-4m SUV, but, then, its zero tail-pipe emissions and lower running costs will still lure environment-conscious buyers. Overall, it’s a strong and a much-improved product than before, and one that will help Tata maintain its stronghold in the EV space.

X-Factor: A comfortable, emission-free way to travel within the city and even outside for shorter trips. 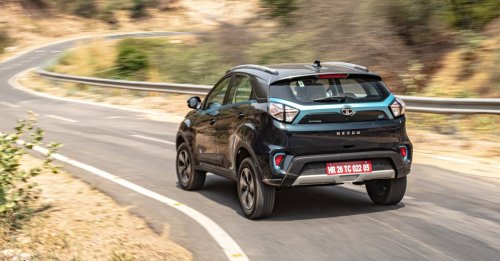 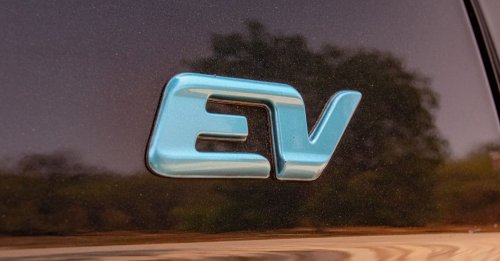 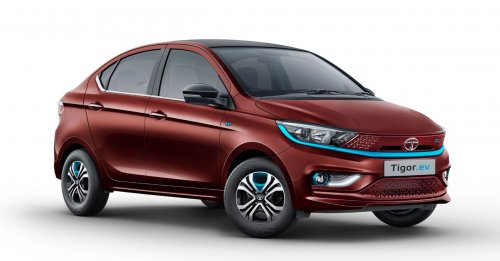 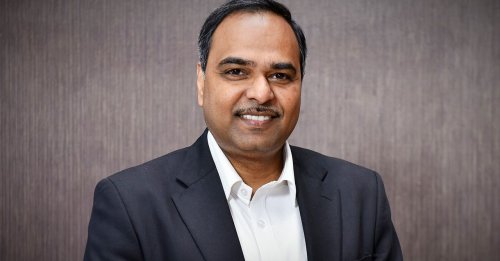 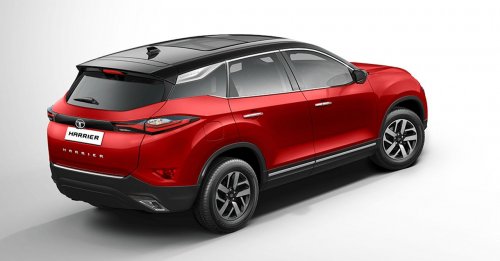