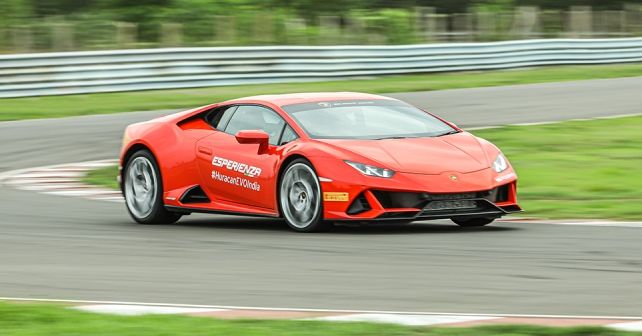 In a world of downsizing and turbocharging, Lamborghini is determined to keep the flag flying for large, high-revving naturally aspirated motors. The V10 in the Huracan Evo makes 631 horses and 600Nm, which is plenty – and then some…

Here’s a list of some of my favourite automotive sounds of all time – a Honda 4-cylinder motor, just as the cam comes on song; a BMW in-line six howling to the redline; a Porsche flat-six; and a Ferrari V8, or V12 for that matter.

What do all of these sounds have in common? Well, other than proving my strange affinity for engine sounds, they’re all naturally aspirated motors. After all, there’s nothing quite like the visceral soundtrack and character of an NA engine to make the hair on the back of your neck stand on end.

But Honda’s are now turbocharged, BMW’s are downsized and turbocharged, Porsche’s are going hybrid and electric, and even Ferrari is going down the hybrid route. So, it seems that I should just get used to the whine of an electric motor. But not if Lamborghini can help it! 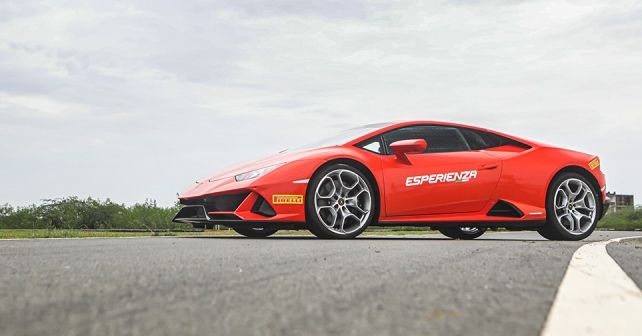 Sure, their new SUV – the Urus – is turbocharged. But, for their super-sport cars, they’re sticking to their trusty V10 and V12. The 5.2 litres of this ten-cylinder explosive lump of aluminium pumps out an incredibly meaty 631bhp and 600Nm. That means 100km/h comes up in 2.9 seconds. 200km/h in 9 seconds. And it’ll accelerate all the way to 325km/h if you let it. Good thing, then, that we’re at the Sriperumbudur race track outside Chennai to drive it.

Let’s start with the acronyms
This car has AWD, LDS, LMR, LPI, LAWS, and more – a recipe for alphabet soup that’s so confusing it’ll make your head spin. But the only one you need to know about is LDVI – Lamborghini Dinamica Veicolo Integrata. Even acronyms are sexier in Italian!

LDVI is the electronic brain of this car. It takes all the different systems and focuses them towards a single goal – speed. Pure, unadulterated forward propulsion. Velocity – or ‘velocità’ I should say – the likes of which you’ve probably never experienced before. LDVI does hundreds of calculations a second to ensure that the all-wheel drive, four-wheel steering, torque vectoring, magnetic suspension, and all the other modern-day trickery work to flatter the driver – rather than exclude him or her. And in conditions like this – on a damp, dirty track after a thunderstorm the day before – it works brilliantly. Lamborghini says it no longer works on ‘feedback’ from the different systems but, instead, has ‘feed-forward logic’ that anticipates what the car is about to do next based on the conditions and driver inputs to offer seamless speed. And if all this sounds like sorcery, well, it feels like it too. 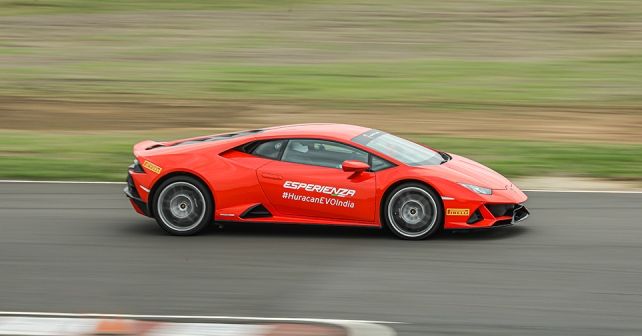 Still a raging bull, but now more approachable
Don’t get me wrong, this is still a raging bull – it still lives up to that shield on the bonnet, but the electronics ensure that it’s always approachable. LDVI works to enable you to extract each of those 631 horses and 600Nm. And it really is seamless in the way it operates. You never really feel the systems kick in, they just work in the background to ensure that the Huracan Evo feels neutral and adjustable – even at the limit.

And that’s quite a departure from how I remember the Huracan being the last time I drove it on a racetrack. Like the Gallardo before it, the Huracan had to be muscled at speed around a racetrack. Being mid-engined, you would feel the weight transition and have to correct mid-corner if you were carrying a bit too much speed. But now it just turns, grips and goes. You can simply plant your foot at the exit, and it’ll race towards the redline and go up the gears with such urgency that it’s scarcely believable – but it’s always controlled. If you push really hard you feel the torque vectoring system sending power to the outside front wheel to keep you on your intended path. In Corsa (Race mode), there’s even a little bit of default understeer built in to ensure that you can safely approach the limit – and even exceed it – without the Huracan charging at you without warning. At speed, this car makes you feel instantly at home. 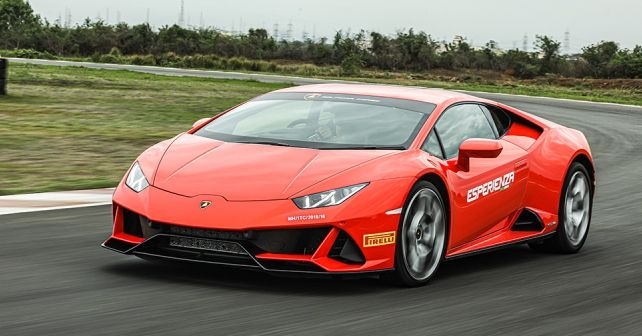 For me, that’s the biggest departure of this car when compared with erstwhile models from Sant’Agata Bolognese. Traditionally, Ferraris were always sharper and more delicate, with Lambos being more aggressive and brutish. This one, however, just walks that fine line between remaining visceral and raw while also being forgiving and approachable at the same time. Even the steering is light for god’s sake. But in a good way. It’s sharper than ever before, but also lighter and more delicate than before.

I’m trying to locate something to find fault with – I really am – but I’m just not being able to come up with anything. Driving this car on a track is addictive. We only really got two fast laps, but it was just enough to demonstrate that Lamborghini appears to have hit a sweet spot unlike ever before. 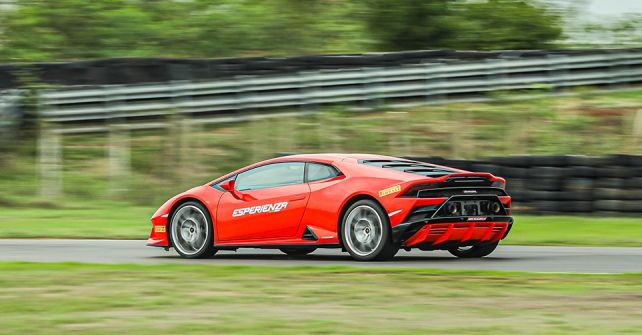 Hitting a sweet spot
Of course, Lamborghinis have always been stunning – even other worldly. The Miura or first generation Countach will look futuristic even a hundred years from now. But, for me, this is the first Lambo that has managed to iron out all the rough edges – so much so that you’re truly left with a diamond in the rough. The Huracan Evo is shockingly beautiful, it goes like a bat out of hell, and yet it won’t bite your head off.

I just want to go back in time, and do those two laps over again – and again, and again, and…. well, you get the drift. If you’ve always lusted for a supercar, and can afford one, this one offers the best of both worlds – an old-school free-revving, grin inducing V10 heart married to modern-day tech in a package that’s unlike anything else in the world of supercars at the moment. 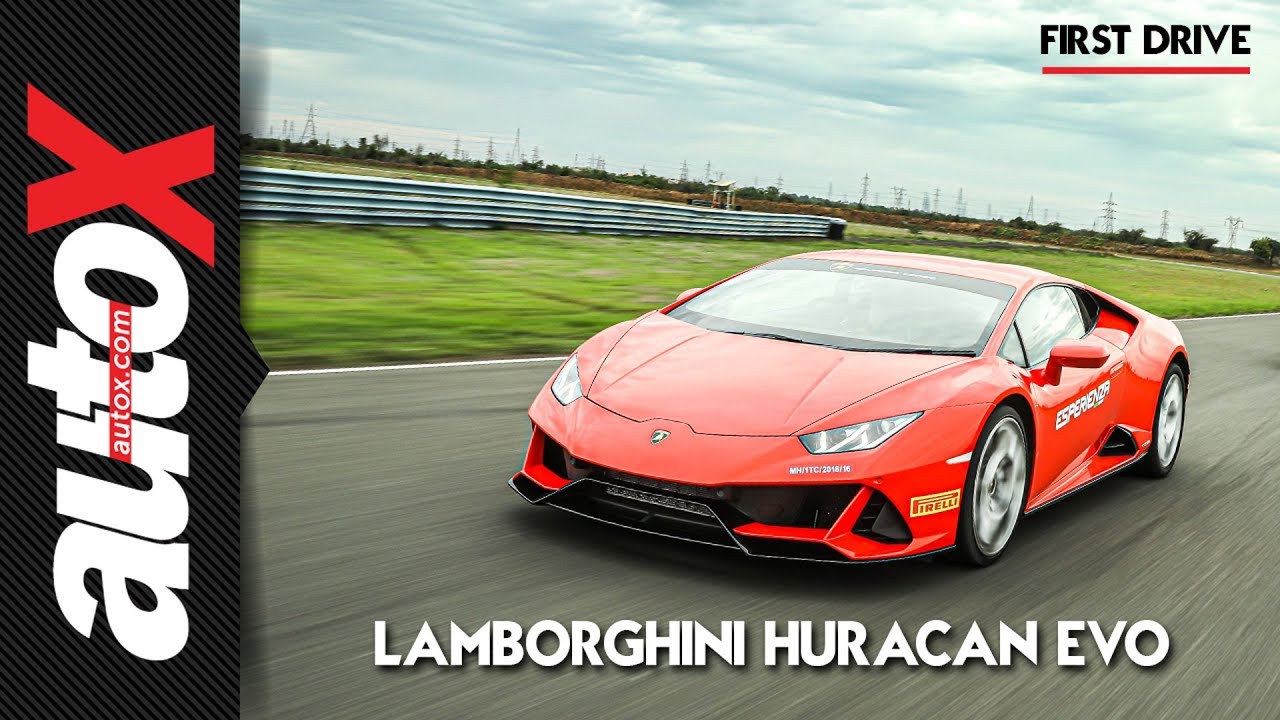 X-Factor: Best of both worlds – old-school V10 heart married to new-age chassis tech, all of which serves to engage and flatter the driver. 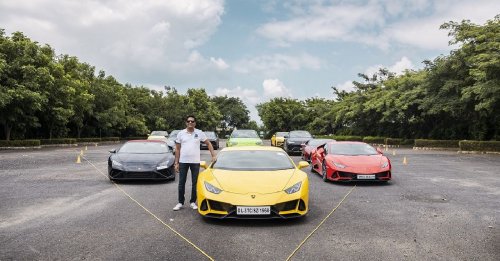 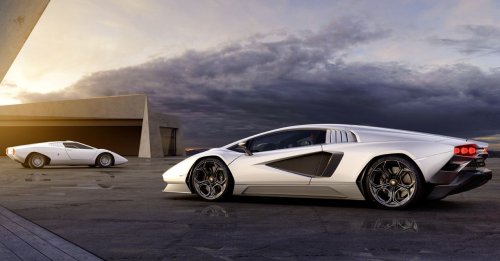 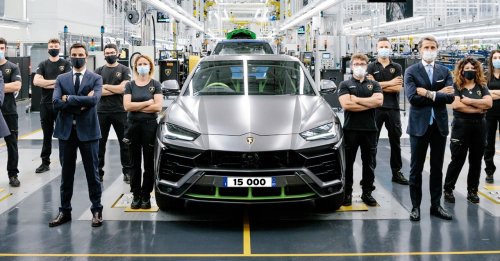 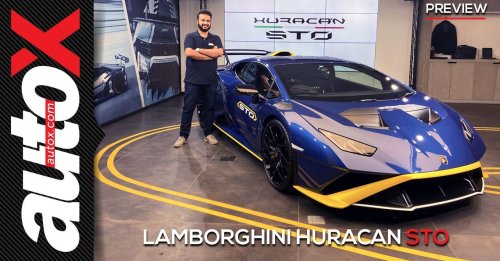 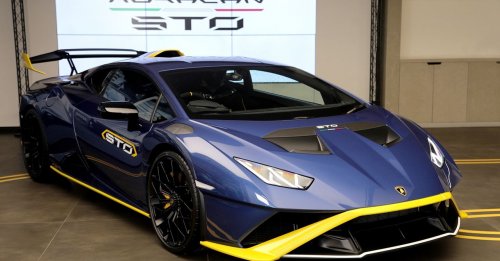