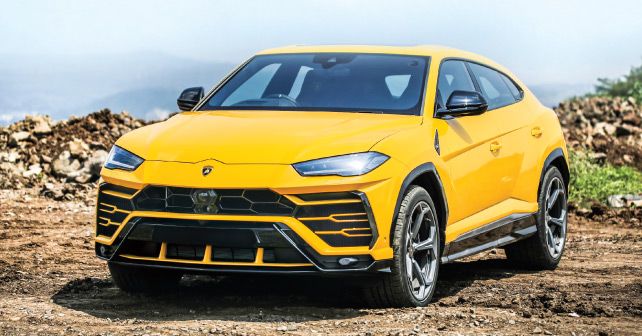 With the Urus, Lamborghini is breaking new ground for an exotic supercar brand. But does an SUV really deserve a ‘Raging Bull’ badge on the bonnet?

Before I start extolling the virtues of the Urus, I must point out that a Lamborghini hyper-SUV is not a new idea. It’s been done before! Turn the clock back about three decades, and those of you who are old enough will recall an SUV that was much desired – even if it was a commercial failure – the Lamborghini LM002. From its design, which was far ahead of its time, to its V12 engine from a Countach, and its 169-litre fuel tank, the LM002 was perfect for the late-80s – the age of excess. Think of it as the age that produced the Ferrari F40, the mullet style, spiked leather jackets and, of course, the Motorola DynaTAC 8000X mobile phone – popularly referred to as the brick, and a famous accessory in many films from the 80s and 90s.

SUVs are the driving force
Fast forward 30 years, and much has changed in the world. Mobile phones are now tiny and have more functions than a computer did in the 80s. And the mullet has been replaced by exhibiting your scalp as much as possible – and they call it a hairstyle! Anyway, SUVs now dominate the world of automobiles. Just look at any segment across the world, and you’ll see that SUVs are driving the growth and volume. With luxury SUVs doing massive numbers, it was just a matter of time before a supercar maker like Lamborghini tried their hand at one.

Now, a Lamborghini SUV may sound like an anathema, but what matters at the end of the day is whether it’s a success or not – which is what keeps car companies going. And, if you’re a purist and balk at the thought of an SUV from the Raging Bull, I suggest you turn the page and read another story. The reality is, today’s market is willing to accept an SUV in virtually any form or price. And, therefore, the Urus makes perfect sense – not just for the brand, but for customers too.
So, if you already have a Huracan in your garage, but want something that you can drive during your daily commute – without having to worry about road conditions and pot holes – why wouldn’t you? Now, pair this convenience – which is what the Urus offers – along with the ultra-aggressive styling borrowed from the rest of the Lamborghini range, and you get a proper understanding of why you want this SUV. And badly! 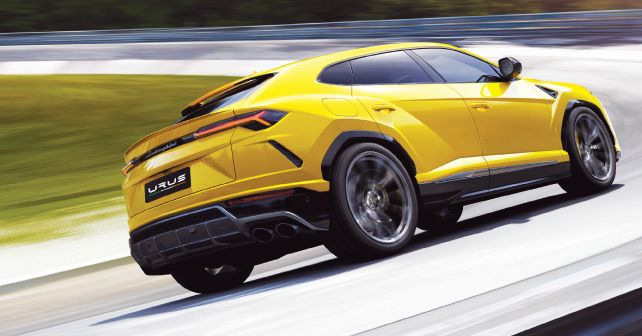 Attention magnet
Am I a fan of the styling? Well, not really, but then I don’t have a Huracan in my garage. And to give credit where it’s due, with its huge front grille, sculpted sides, imposing rear and massive wheels, the Urus looks like nothing else on the roads. In the Giallo Auge (read as Fly Yellow) shade of our test car, along with the massive 22-inch alloy wheels, the Urus cut a very imposing figure. And that’s what a customer willing to spend over `3 Crore for an SUV looks for.

In fact, I’ve driven many fast cars on Indian roads, but I’m still struggling to think of the last time a car got so much attention on the road – virtually every motorist who laid eyes on it wanted a selfie with the car or a video of it.

Of course, it’s fast
Naturally, since it’s a Lamborghini, the Urus is ‘kinda’ quick. Actually, to be honest, its frighteningly quick for an SUV that weighs 2.2 tons.     With its twin-turbo, 4.0-litre V8 churning out 641bhp and an insane 850Nm of torque, the Urus fires from 0 to 100km/h in just 3.6 seconds, with a top speed that’s well north of 300km/h. Add to this the quick shifting 8-speed automatic gearbox, and accelerating to lurid speeds in the Urus is just a stab of the throttle away.

Now, it’s not surprising, for one would normally expect that kind of performance from a Lamborghini. The real surprise is how practical, comfortable and usable the Urus is for everyday use. The front seats are designed to occupy people as tall as 6’9”, while the rear can accommodate people up to 6’3”. There’s a pretty large boot that can be used to do the airport run. And if you’re not gunning it in the most aggressive settings, the Urus is comfortable enough to be driven around in – even on our broken roads. 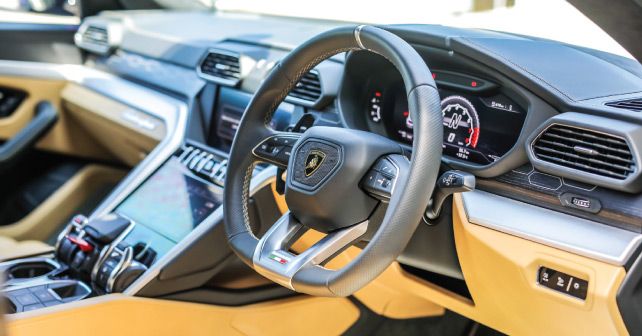 Also, of note is the quality and fit-and-finish of the interiors, which feels up to the mark. Sure, there’s a lot of Audi switchgear that’s been used, but with its outlandish center console design – aped to look like the control of an aircraft – and impressive comfort, the interior is a genuinely a nice place to spend time in. Add to this its genuine off-road ability – which we, unfortunately, didn’t get to test – and it’s easy to see the appeal of the Urus to customers not just in India but around the world.

Essentially, it boils down to what the target audience of vehicles like the Urus want. Buying an SUV like this gives them the performance, that look-at-me design, as well as the exhaust note and driving appeal of a regular Lamborghini supercar. But, on top of that, you also get space, comfortable seating for four adults and enough luggage space for a weekend trip. And this kind of practicality makes sense to even the wealthiest amongst us. And, yes, I do expect the Urus to be the largest selling Lamborghini in India by far. So, be prepared to see a modern version of the LM002 flying past you very soon. For me, though, I still think I could do with something like the LM002 as a daily driver. However, only if I inherit a small oil field that is.

X-Factor: With its look-at-me design, stupendous performance and usability in all conditions, the Urus is unbeatable as an everyday supercar.