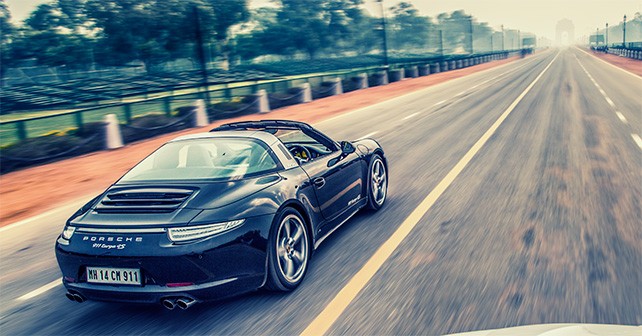 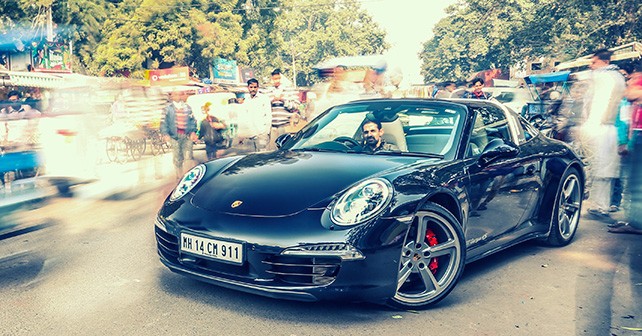 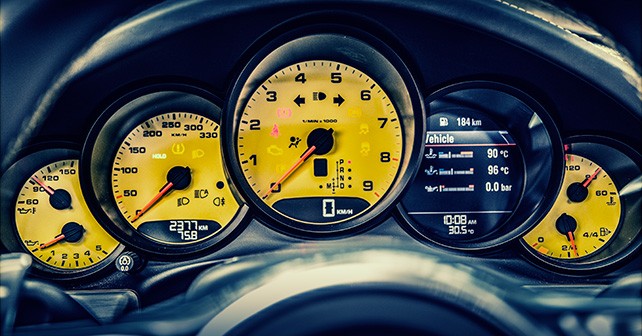 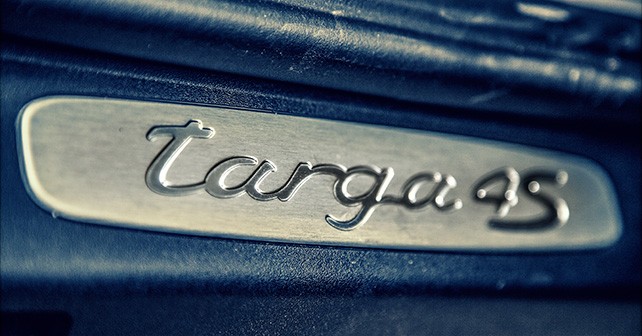 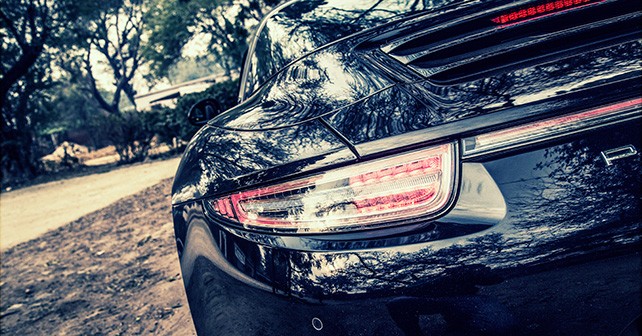 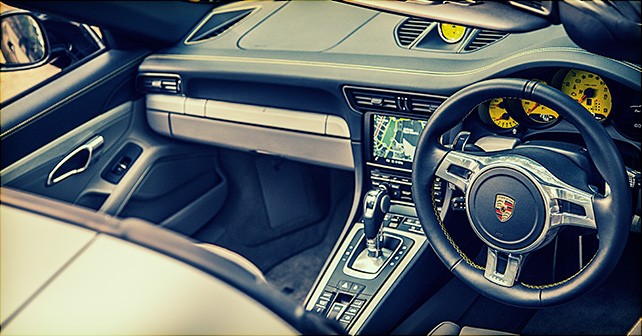 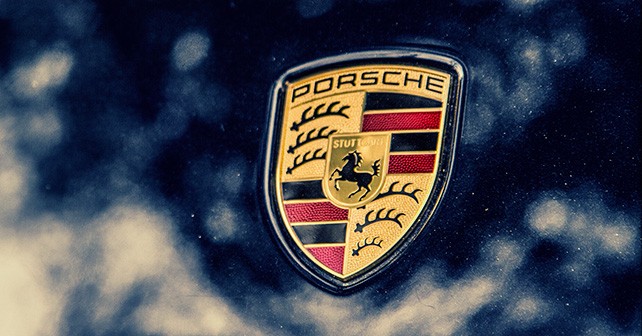 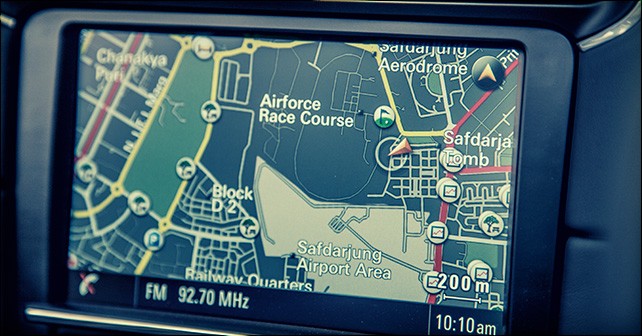 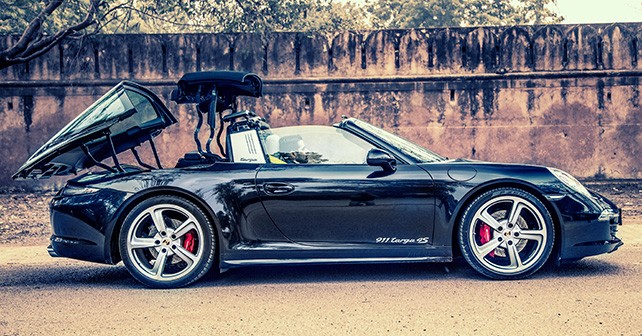 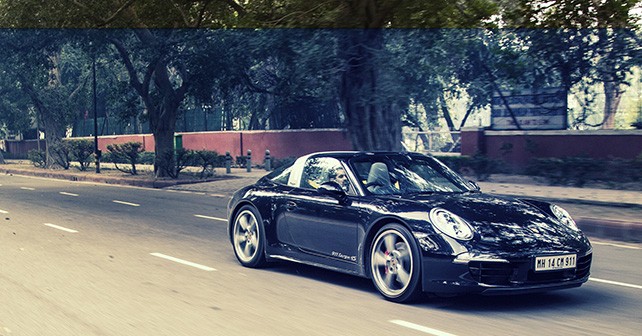 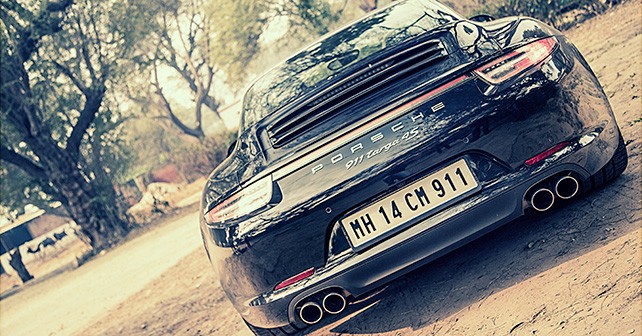 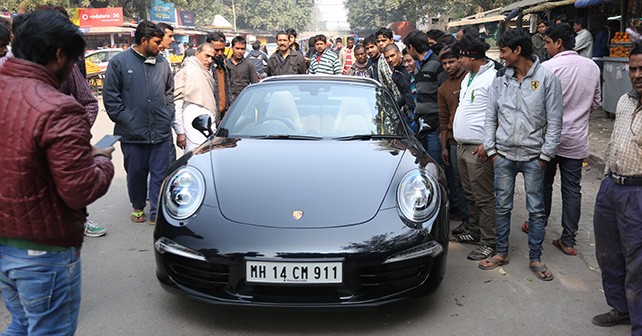 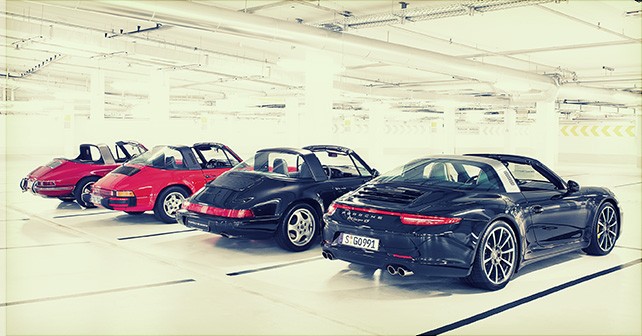 It doesn’t get much better than witnessing the mechanical symphony that this roof performs as it tucks away into the cabin. Fortunately, the rest of the car isn’t too shabby either…

Before I attempt to this machine, I have a confession. I was asked recently what the most important car of all time is – and my answer was immediate, if not especially profound. It consisted of just two numbers: a 9 and an 11!

So, perhaps I’m not best placed to write this. A bit biased? I’m afraid so…

But I answered 911 for good reason. You see, Porsche have managed to take something that should be so wrong, and turn it into something so right! The engine is, after all, just hung out the back. It’s a bit like putting the horse after the cart. And, yet, it works – very, very well indeed.

And no matter what people will have you believe, it’s worked from day one. To say that Dr. Porsche was a genius would be the understatement of the century. This is the man who went from making a 16-cylinder Grand Prix engine – also positioned behind the driver – to designing the People’s Car. That, of course, formed the basis for the 911 – which was designed by his grandson, Ferdinand Alexander (better known as Butzi Porsche). There’s a purity and timelessness to the design of the 911 that continues to this day – that’s what allows it to look brand new even today. This is a car that has been carefully and methodically honed over the past 50 years – how can other sports cars compete with that?

Personally, I’ve always been fond of the design of the Targa (take a look at the last page of this test for a short history of this special model) – perhaps it’s because the Targa Florio is my favourite race of all time. At any rate, I’m very glad that Porsche has reverted to the original design – as opposed to palming off a humungous sunroof as a Targa, as it’s done for the past decade and some.

Our test car was especially striking in black, while the brushed aluminium-look roll-hoop provides the perfect contrast – not to mention the clear lens taillights. Now, normally, I’m not a fan of clear lenses – but, on this car, in this trim, it just works. The Targa looks fantastic. Ordinarily, I would say that looks are subjective – but if you’re not moved by how this car looks, you need to get your eyes checked. The wraparound rear glass, the wider than normal rear haunches, the slit-like tail lights, the simulated roll hoop – it’s all oh so very alluring. Kim Kardashian has nothing on the rear end of this Porsche!

The interior is built like a vault. The yellow gauges and seatbelts of our test car did clash with my staid personality though. But, what of how it drives? Our test car has Porsche’s Powerkit that adds about 30 extra ponies under the stout rear bonnet. And, well, I suppose they’re needed too since the Targa is heavier than the 911 Turbo. The only thing that I can say about the driving experience, though, is best summed up in one word – sublime! The naturally aspirated flat-six that produces well above 100 horsepower per litre (especially with the Powerkit), and revs to 7,800rpm. And what a marvellous, awe-inspiring tune it sings. The trouble with the 911 – especially the Carrera 4 – is that it’s so capable, it’s so refined, and it’s so stable that you just don’t feel those extra horses being pumped out by the Powerkit because the chassis can handle so much more. At around the 6,000rpm mark, perhaps I did feel a bit of an extra kick that my bottom wants to accredit to the Powerkit. The question is then – is it really worth the extra 22 lakhs that you would shell out for it? Well, the Porsche options list is notoriously pricey – but if you have the money for a 911, then there’s always a little loose change left over for extra horsepower, isn’t there?

For it’s part, the Targa behaves exactly like any other 911 – which is to say sensationally well. If you charge into a corner, the front-end gets a little light, but then it hunkers down on the power and shoots towards the horizon like a bat out of hell. The seven-speed dual-clutch gearbox is a triumph of science and engineering – but I would still prefer a manual. Although, I am a bit peeved because apparently you can’t turn off the auto-blip function on the manual transmissions of new 911’s. Well, if I needed a computer to blip the throttle for me, I wouldn’t buy a manual in the first place thank you very much…

The electronic steering on this car, which has gotten a bit of flack, is actually equally sublime. There’s a delicacy and fluidity in this machine that’s just missing in all other cars. It’s so comfortable, and so approachable that you would have to be a ham-fisted idiot to get it wrong in this car. It’s so versatile that you can actually go vegetable shopping in it – on the way to the track that is.

It’s a beautiful machine, and the Targa offers the best of both worlds – it drives like a proper 911, while posing with the best of them. This Porsche model is named after a famous Italian road race – the Targa Florio.

Since 1906, the Sicilian hills around Palermo have echoed to the sound of the best sports cars of all time. The Targa Florio has a history that predates the likes of Le Mans and the Mille Miglia. And, frankly, there’s something wildly poetic about seeing these competition machines duke it out on the narrow lanes of historic Sicilian towns and villages.

Porsche, of course, fared very well at the Targa Florio – because their cars were always especially adept at catapulting around tight corners. The race was discontinued in 1977 due to safety concerns, and Porsche became the most successful manufacturer at the Targa – beating out Italian greats like Ferrari and Alfa Romeo.

In the late 60’s, the US government – also due to safety concerns – was considering outlawing open-top sports cars. And so Porsche’s answer was the 911 Targa. It had a roll hoop for added protection, while the soft top could be removed and the plastic rear window could be folded away. In 1968, this turned into a fixed rear glass – and this design stuck for a couple of decades and successive model generations. In the early 90’s, the roll hoop was gone, and the Targa featured a massive glass roof that slid underneath the rear windshield. This unique solution stuck till as recently as the previous generation of the 911 – the 997. But, with the 991, Porsche has gone back to the original – well, visually anyway! In this case, there’s no manual labour involved. Everything happens at the press of a button.

The rear glass lifts up and out like this 911 is Bumblebee’s second cousin, while the roof tucks away into the opening below. It’s actually a pretty spectacular sight – very reminiscent of the first time you saw the hard-top of an SLK fold away and disappear into the trunk.

As party tricks go, it doesn’t get much better than this…