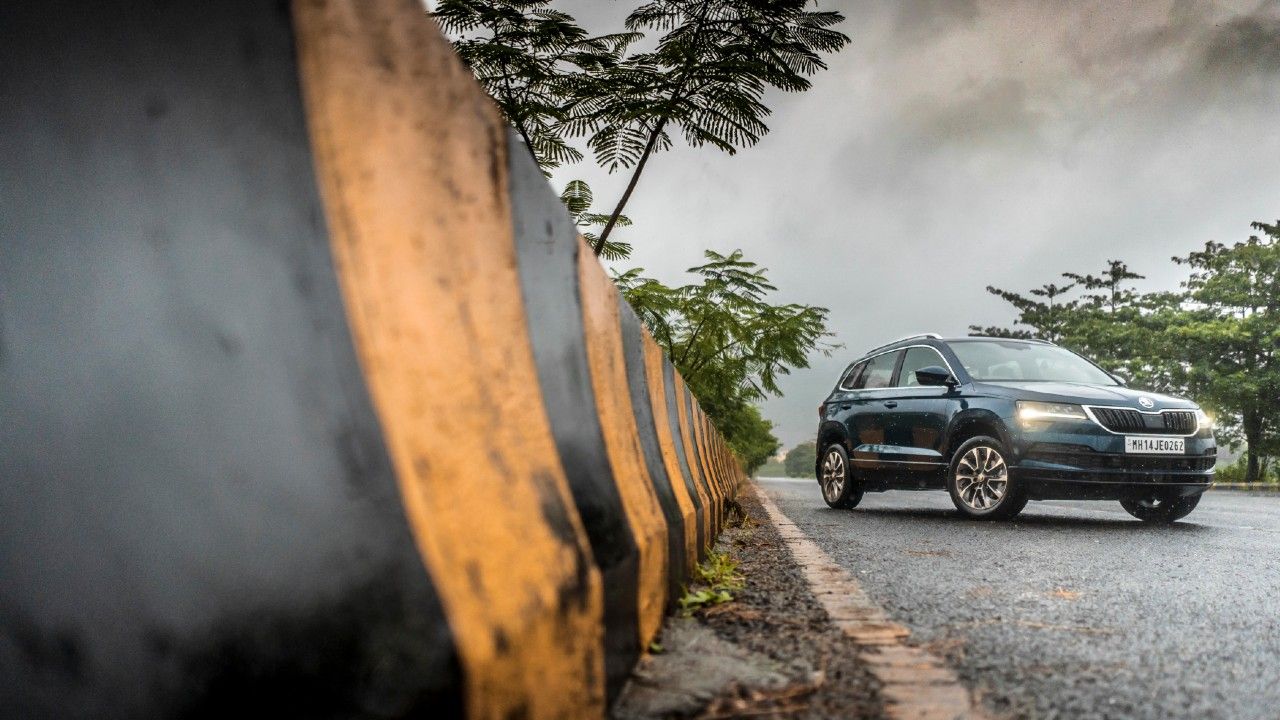 The Yeti was quirky – the Skoda, not the Abominable Snowman – but the new Karoq is anything but. Is it still worth your hard-earned money though?

Right in the middle of the lockdown, in May, Skoda introduced three new products – the Rapid, Karoq, and Superb. We already brought you detailed reviews of the Rapid and the Superb last month, and now we’ve finally managed to get our hands on the Karoq. Unlike the other two, the Karoq is an all-new product in India. What it isn’t is Skoda’s first attempt at creating its presence in the mid-size SUV space. Remember the Yeti? The Karoq is essentially its replacement, and has arrived in India nearly three years after its global unveiling. So, is the Karoq a day late and a dollar short? 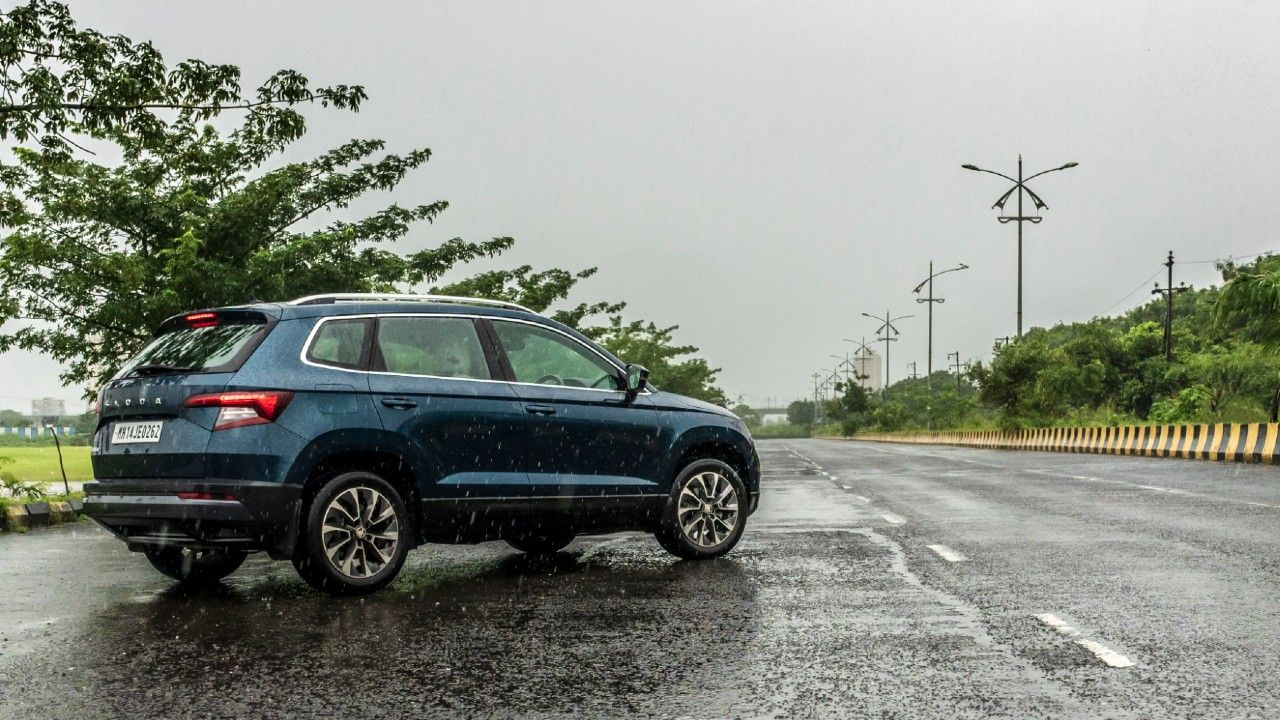 The moment you set your eyes on the Karoq, you can’t help but see it as a mini Kodiaq – a perception that’s further underlined when you look at it from the front. The signature butterfly grille, its chrome surround, and the tiny fog lap underneath the headlamps and bumper, all draw inspiration from the larger Kodiaq. In fact, even in profile, the Karoq looks like a shortened version of its full-size sibling.

I really loved the 17-inch turbine enthused alloy wheels. Around the back, though, is where the Karoq is not quite as clean as the Kodiaq.

The Karoq’s premium price tag really reflects in its interior quality. From the dashboard to the seats, everything looks and feels premium. While the international-spec Karoq comes with a range of infotainment screens, from 6.5 inches to 9.2 inches, the India-spec model gets an 8.0-inch unit. The colour display is crisp and works super smoothly. It comes loaded with Apple CarPlay, Android Auto, Voice Command, and even an in-built navigation system. 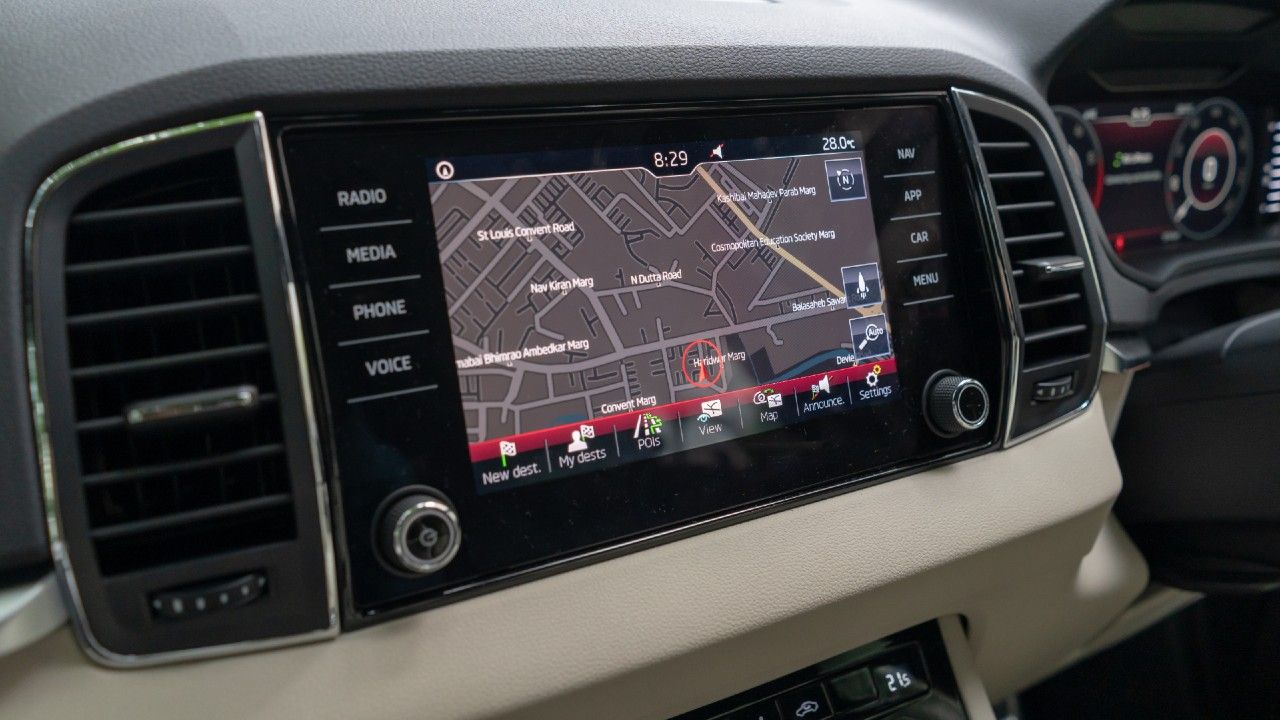 Like all other Volkswagen Group cars, the Karoq, too, has an all-digital virtual cockpit. In comparison with the one we in the VW T-Roc, this display is sharper and has a better skin. Safety tech includes a lot of fancy abbreviations like ASR (Anti Slip Regulation), ESC (Electronic Stability Control), and more, thanks to which the Karoq has scored a perfect 5-stars in the Euro NCAP crash tests. 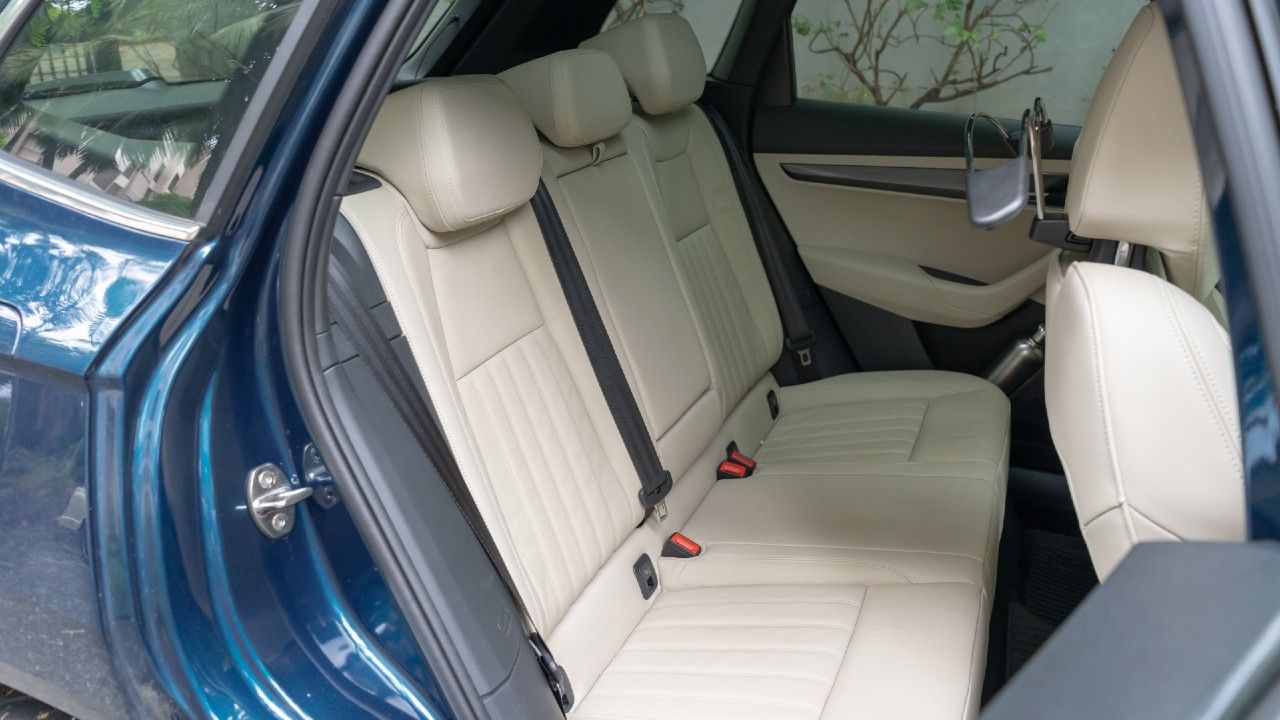 In terms of comfort, the front seats are superbly bolstered, and the driver gets an electrically adjustable seat. Space at the back is not in abundance, but more than sufficient for comfort. However, the seatback is a bit too upright. The Karoq also scores well in terms of practicality, thanks to its 521-litre boot, large bottle holders in the door pads, cup holders in the centre console, and more. 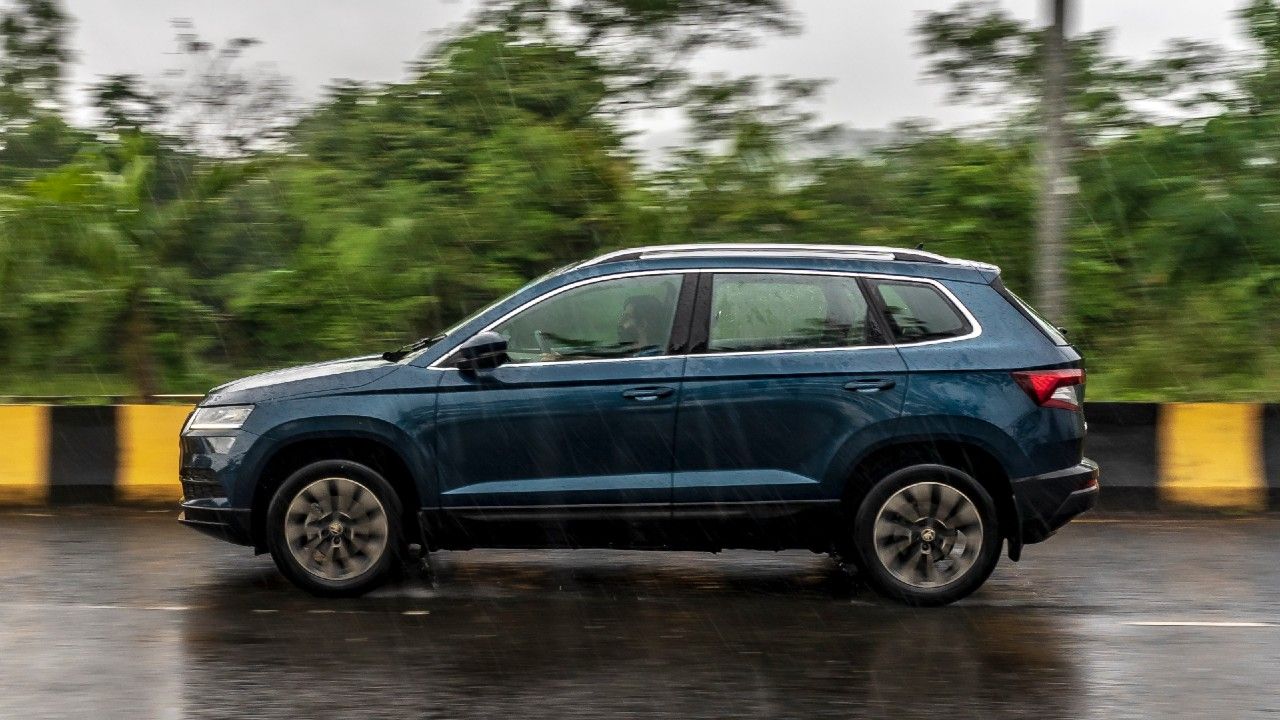 Under that neatly crafted bonnet sits a 1.5-litre four-cylinder turbocharged petrol engine that delivers 148bhp and 250Nm. The engine feels incredibly refined and noise in the cabin is barely audible. Slot the gear lever into D, and the first thing you’ll notice is that there is a bit of lag lower in the rev range, but it really comes alive once the torque kicks in around the 2,000rpm mark. The pulling power remains good until 4,500rpm, but it starts to get a bit audible as you move closer to the redline. The 7-speed DSG transmission delivers butter-smooth shifts, but occasionally takes a moment to switch gears. 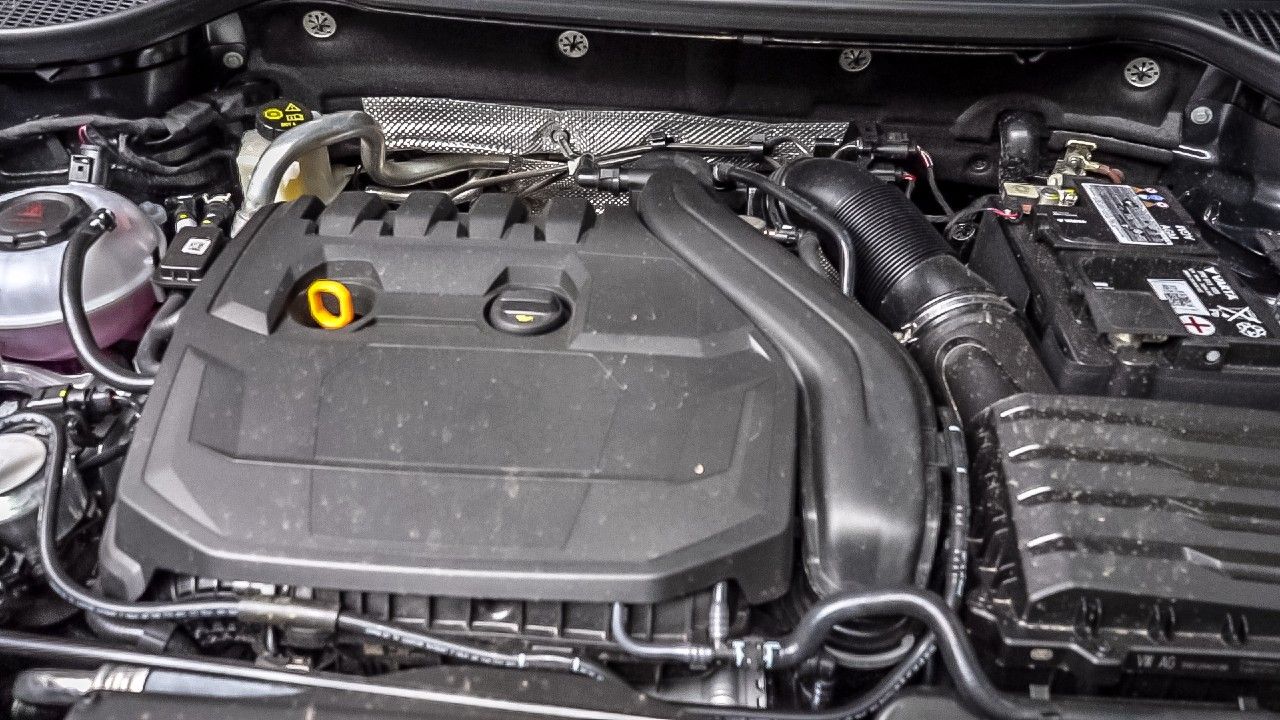 The Karoq greatest strength, I believe, is its ride and handling balance. Even though it is set up a little on the firm side, at low speeds, the suspension doesn’t transfer the effects of road undulations into the cabin. Surface variations and joints are dismissed with impressive ease. You may, however, infrequently feel a few thuds at higher speeds – but they don’t unsettle the car.

The Karoq isn’t the most agile vehicle in its price bracket, but, given its focus on luxury and comfort, it doesn’t really have to be either. Despite that, the Karoq does a decent job in attacking corners. There is just a hint of body roll, but it still feels very predictable and composed. I found the steering a bit light for my liking, but it will surely be appreciated by folks driving primarily in the city. 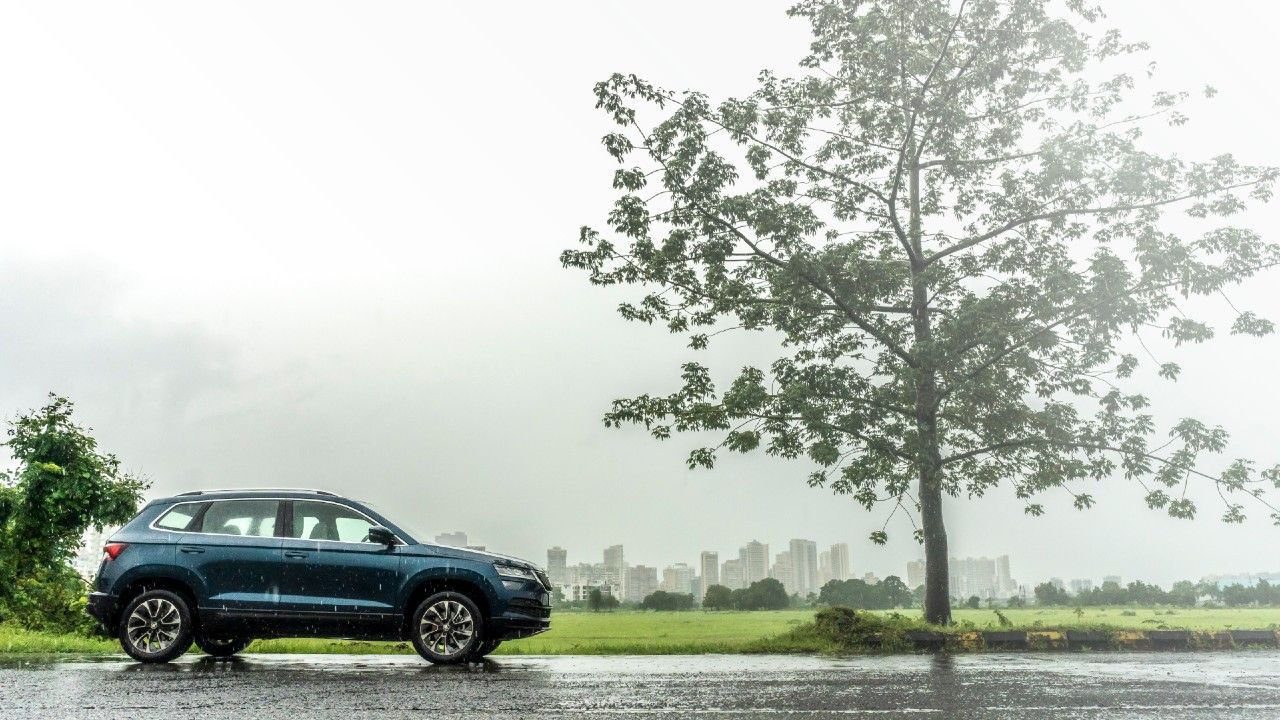 Skoda may have taken its time to bring the Karoq into India, but that doesn’t diminish the value of the product in any way. In fact, despite being nearly three years old in the global market, the Karoq doesn’t look dated at all – a fact that speaks volumes about Skoda’s sophisticated design language.

In all other aspects, the Karoq feels very much like a mini-Kodiaq, and that’s a great thing. It’s comfortable, with a top-notch interior and splendid driveability. It does miss out on some contemporary features, like connected tech, wireless charging, and the like, but, at the same time, it also offers class-leading safety features, such as nine airbags – all of which sees it earn a perfect score in the Euro NCAP tests.

All in all, the Karoq is an impressive product that makes a strong case for itself – at least until you look at its price. Is the Karoq really worth Rs 25 lakhs (ex-showroom)? Well, that’s the only fly in the ointment I’m afraid.

X-Factor: High on quality and practicality, the Karoq appeals to the mind – but only if you forget about the wallet.