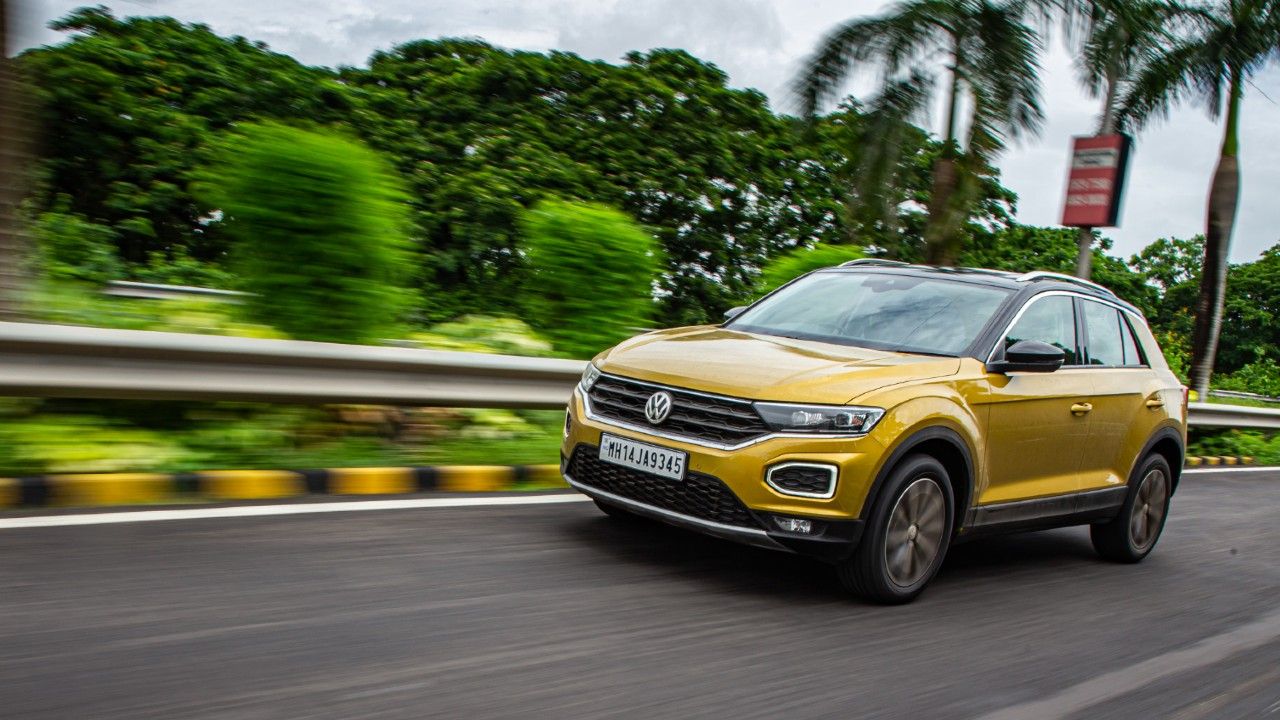 The T-Roc’s entry in the Indian market is nothing short of a litmus test for the Volkswagen brand in the mid-size crossover-SUV space.  You see, the German brand has already pulled the wraps off the Taigun earlier this year at the Auto Expo 2020, but it’ll only be launched in the second half of 2021. The T-Roc, meanwhile, has been commissioned to kickstart the assault, which makes it a very important car for the brand.

But what makes it even more interesting is where it fits in the Indian market. The T-Roc is not as long as the Kia Seltos, Hyundai Creta, or Tata Harrier. Also, it’s shorter in height than the sub-4 metre Nexon and has a considerably shorter wheelbase than the recently launched Hyundai Tucson. And at a price of Rs 20 lakh, it’s pitted against the more powerful Jeep Compass. So, is the T-Roc fighting a losing battle then? Well, the short answer is no! And here’s why… 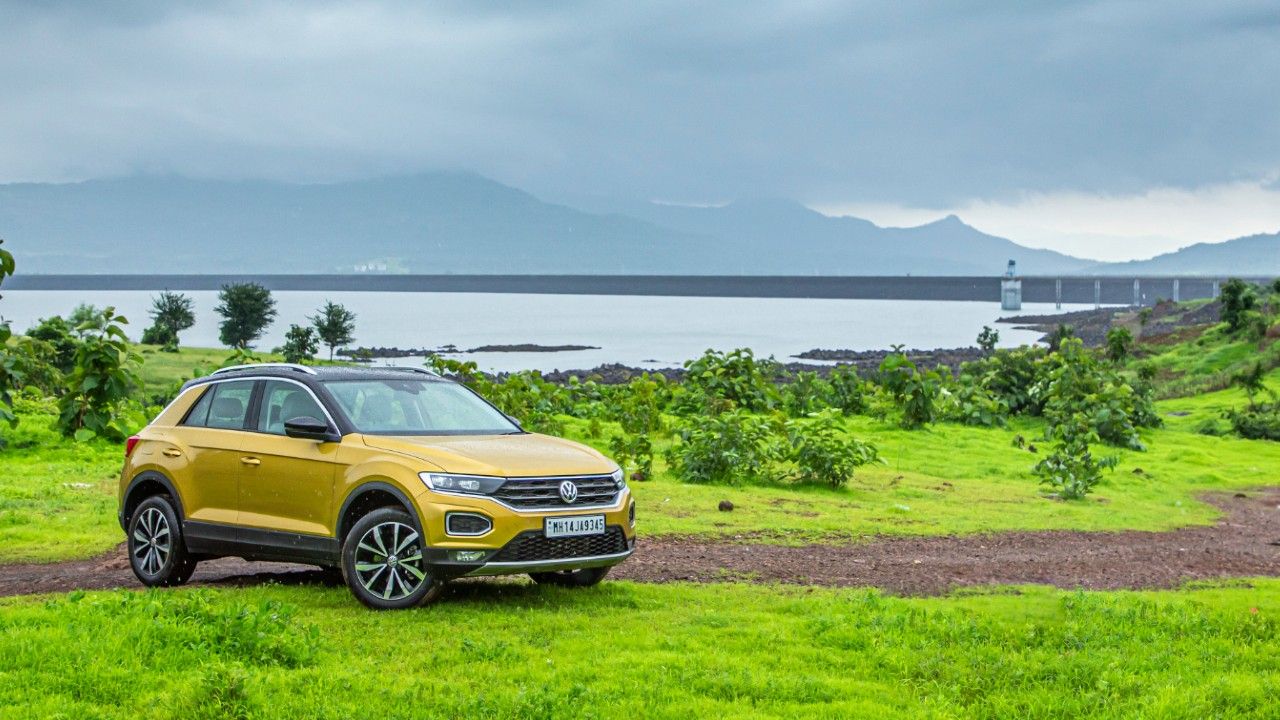 Irrespective of what the spec sheet suggests, the T-Roc doesn’t quite look small in flesh. The broad front grille with the chrome surround and the wraparound LED headlamps make the car look quite broad. And the wide front and rear track further give it a squatted-down stance, adding its robust appeal. It also allows the car to have a planted feel on the road, but more on that later. 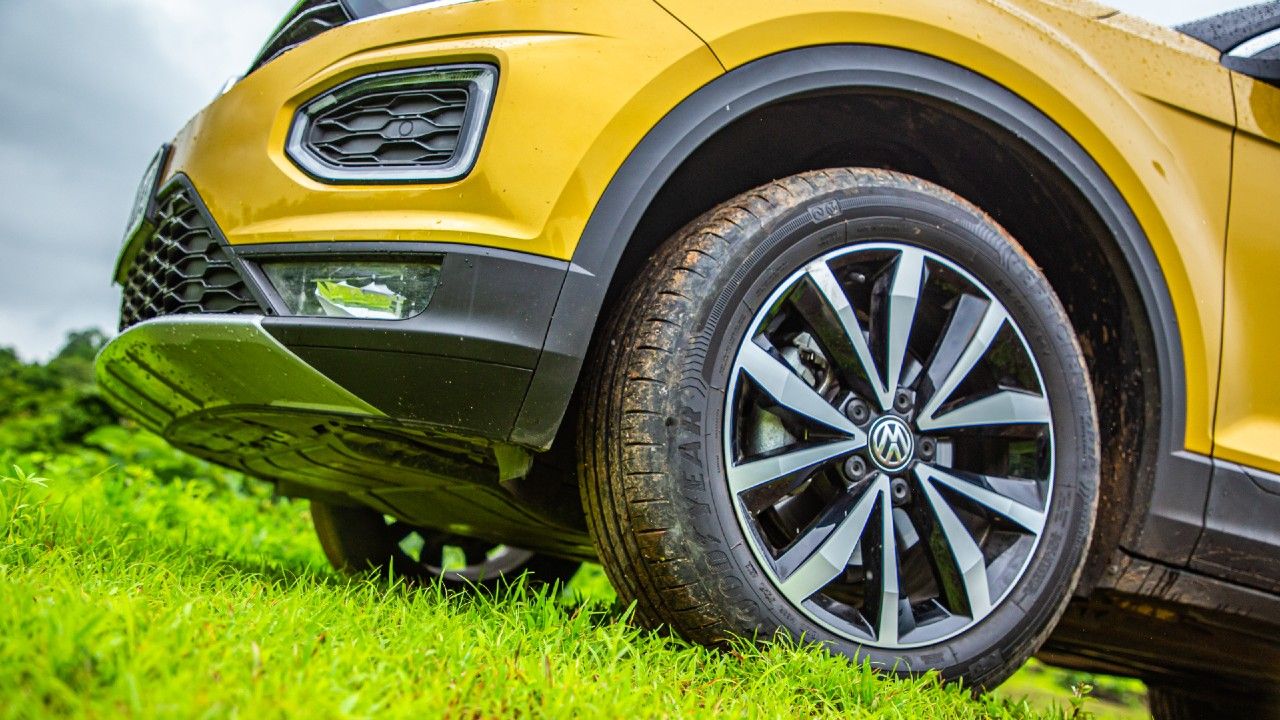 Below the headlights, there are uber-cool D-shape fog lamps that also double as turn indicators. Around the back, too, the T-Roc is uncluttered and pleasing to look at. In my opinion, the car looks it its best in the side profile courtesy of the coupe-like C-pillar, contrast roof, and a roof-mounted spoiler. Although the T-Roc is on sale in six colour options, its quirky appeal is really highlighted well in the kurkuma yellow shade. 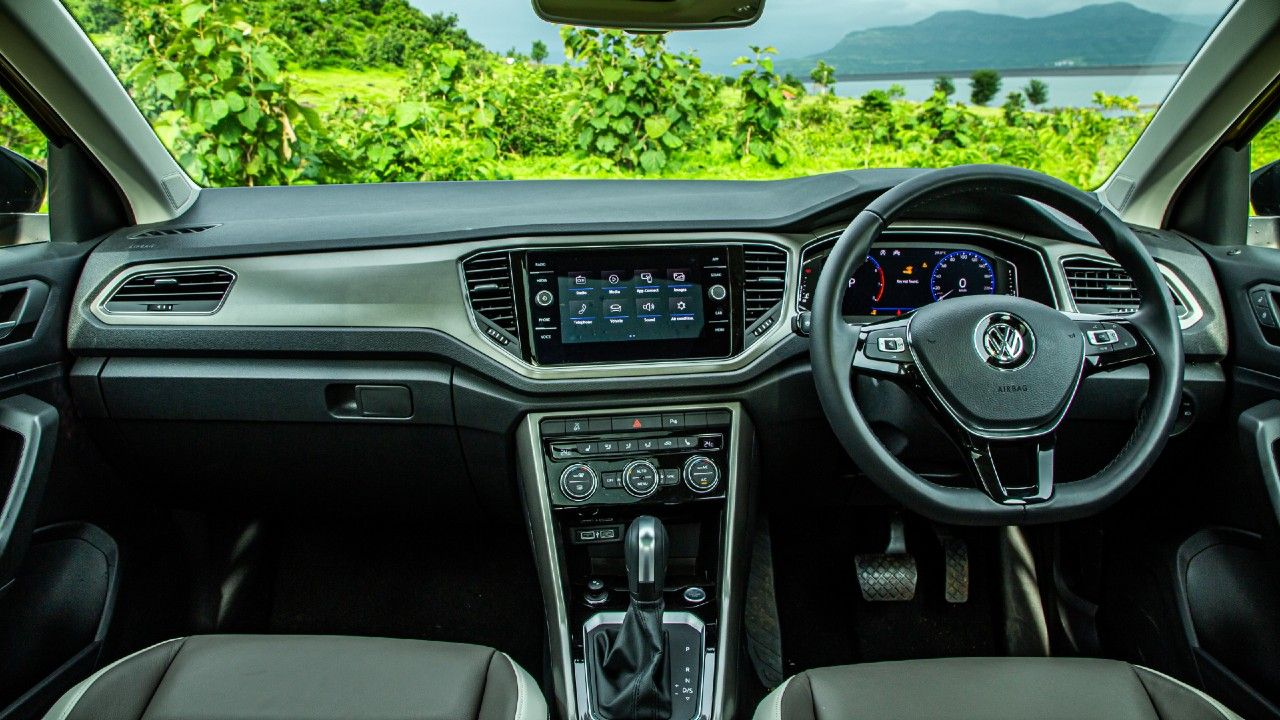 The interior of the T-Roc is quite a mixed bag – there are a few impressing things, but there’re, at least, as many that could’ve been better. Just like any other product from the Volkswagen group, the cabin is solidly built and has an indestructible feel to it. But there are a lot of rough hard plastic parts all around – something that you’d not expect in a car that carries a price tag of Rs 20 lakh. The interior also shares a lot of components with other VW models. For instance, the steering wheel and the climate control knobs are the same on all VW models – from the Polo to Tiguan All-Space. 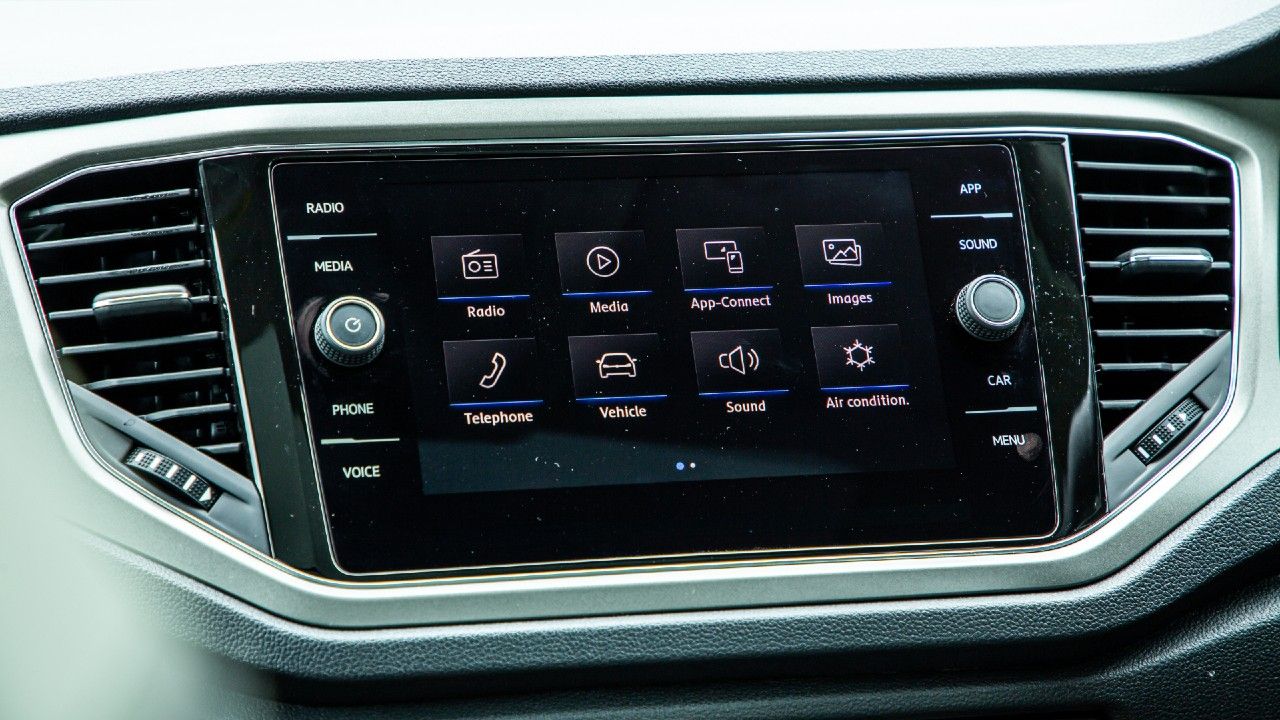 But that’s not to say that there is nothing that makes the T-Roc’s interior distinctive. In fact, the way its dash has been designed makes the cabin very individual and distinct. The face of the dash is finished in smooth gold plastic, which gives it a youthful appeal. Taking centre stage is an 8-inch touchscreen infotainment system, which is crisp and quite responsive.

The infotainment also gets Apple CarPlay and Android Auto, along with two USB ports near the gear lever. Behind the steering wheel, you get the Virtual Cockpit, making the T-Roc the most affordable Skoda-VW product to have this feature. Just like in other VW cars, it provides plenty of information and is highly customisable. The front seats are comfortable, but unfortunately, they only get manual seat adjustment, which is quite a downer. 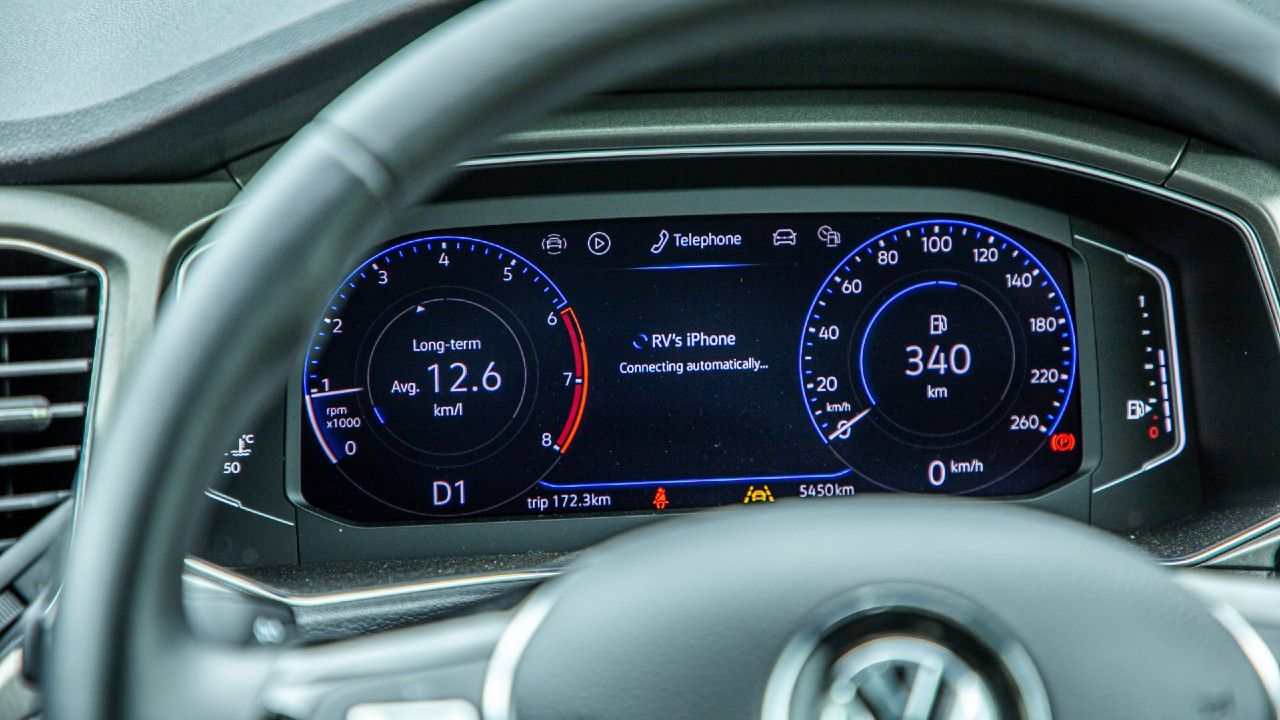 The T-Roc’s compact dimensions become a lot more evident at the back. The legroom, knee room, and headroom at the back are acceptable at best, even for a person of average height, like me – taller passengers are likely to feel cramped for space on long journeys. The panoramic sunroof does its best to make the cabin a bit airy, but the rear seat still has a constricted feel to it. Although the T-Roc is almost as wide as the Compass, there isn’t enough room for a third passenger at he back, primarily, because of the central transmission tunnel.

Just like Skodas, the T-Roc also features some smart and functional touches to its interior – for instance, the central armrest gets adjustable cup holders. The 445-litre boot has a few anchor points, for tying your luggage, and a stopper for the boot floorboard to help you access the spare wheel. And if all that storage is still not enough for you, there’s some more under the front seats as well. 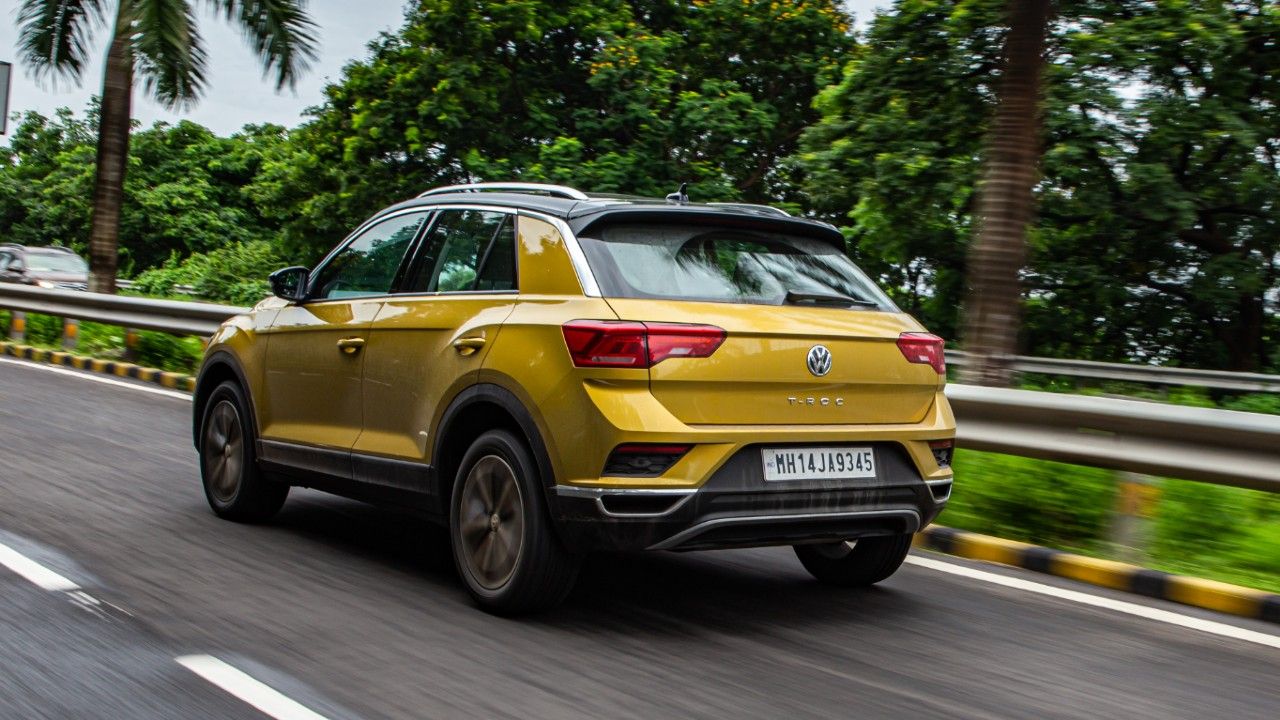 With stricter emission norm coming into effect earlier this year in April, Volkswagen Group cars are now only being offered with a petrol engine. We’ve already experienced their 1.0-litre and 2.0-litre TSI motors in the Polo and the Skoda Superb, respectively. The T-Roc comes with a 1.5-litre TSI unit – the same engine that does duty in the Skoda Karoq.

The moment you hit that start button, the refinement of the 4-cylinder motor becomes evident. At idle, there’s barely any noise inside the cabin. In fact, it’s so silent that it might even deceive you into believing that the start-stop system has been engaged. Its performance is equally impressive too.

In D, the car maintains a low profile and silently goes about its duties. Switch to Sport or M, and the full potential of the motor comes to the fore. In Sport, the car proactively downshifts to ensure that the engine remains in the meat of the powerband, which means that there is always power on tap when you need it. Even when you go hard on the accelerator, the engine doesn’t shy away from revving right up to the redline. There is a bit of turbo lag though, which does get irksome at times, but once you come to terms with it, the motor feels quite engaging. 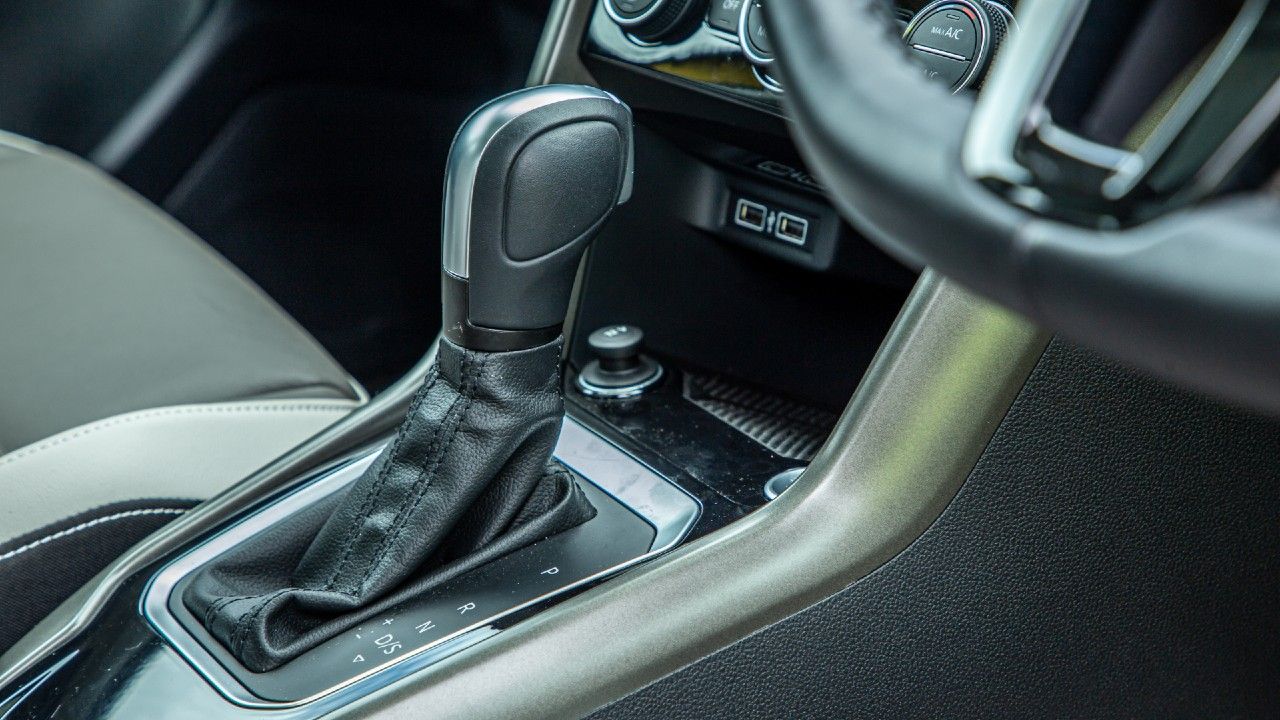 The 7-speed DSG, as always, is an absolute charm. It shifts through gears like a hot knife through butter, which adds considerably to the overall drive experience. The T-Roc also gets cylinder deactivation tech – it’s the most inexpensive car to get this feature – that shuts off two cylinders while cruising to save fuel.

The T-Roc has been brought into India as a CBU, which means that the suspension hasn’t been softened for our road conditions. It has that typical European-car firmness, which along with the wide tracks makes it excellent in terms of control on the road. Its body roll is non-existent too. Like almost every electromechanical steering, this one, too, doesn’t burst with feedback, which somewhat dampens the joy of driving. 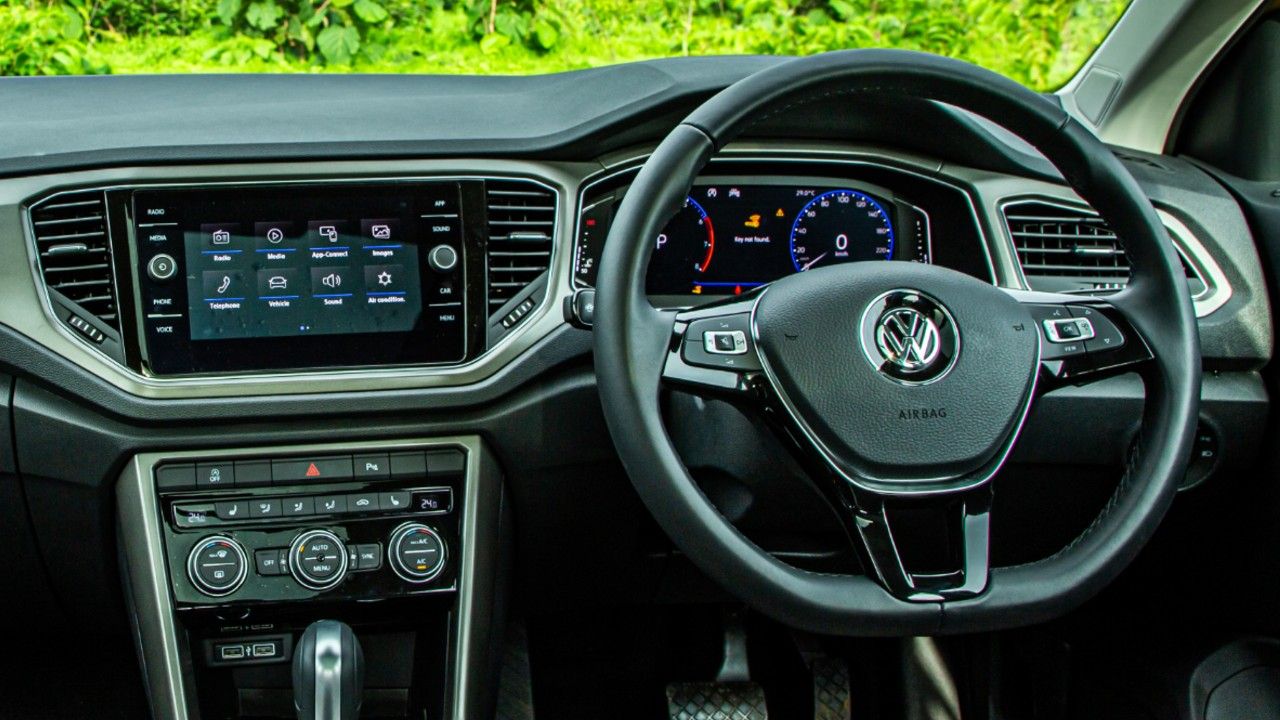 On the flip side, the stiff suspension setup does make a slow-speed ride a bit harsh on the back. That said, it cushions blows a lot better at relatively higher speeds, and once you figure it out, the T-Roc can be a lot of fun.

In the Indian market, the T-Roc competes against some very able competitors at around Rs 20 lakh mark, which somewhat clouds its prospects. Brought into India as a CBU doesn’t quite tick the value for money box as convincingly as other locally manufactured offerings either. In terms of space and creature comforts, too, it doesn’t quite set new benchmarks. 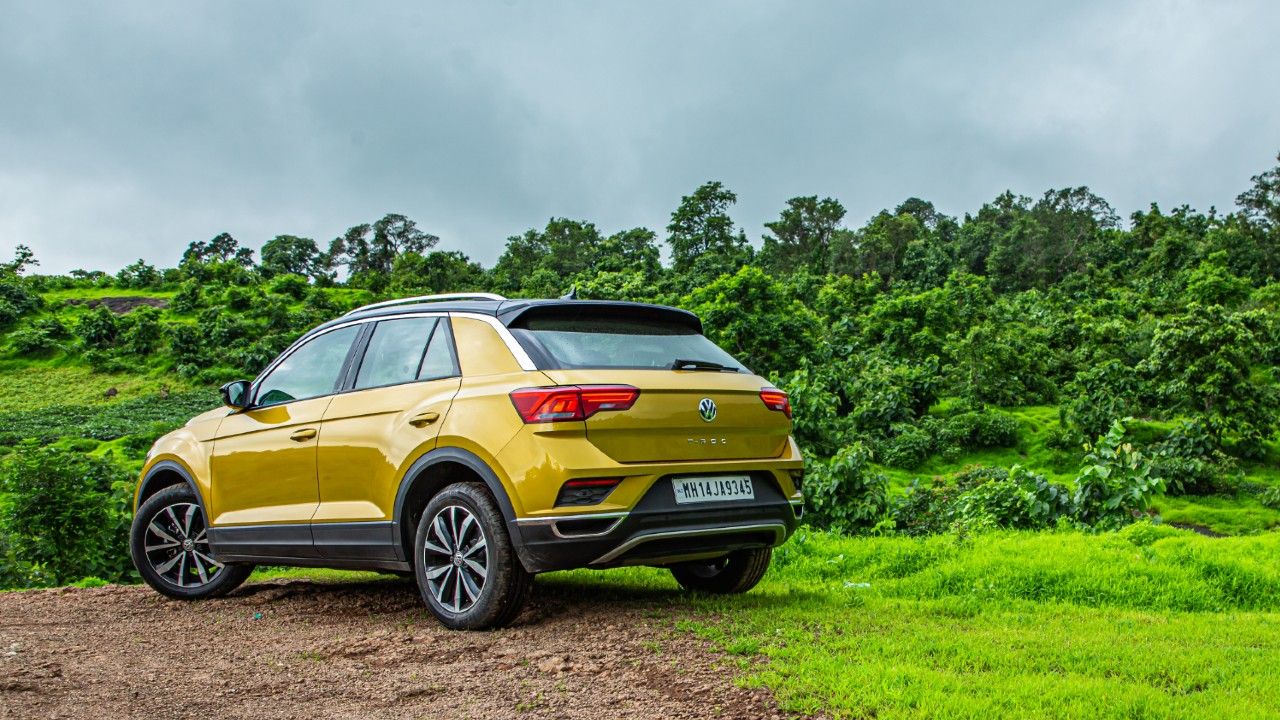 Keeping all this in mind, it seems that the T-Roc’s downsides are relatively more apparent than its strong suits. But scratch beneath the surface, and you will find that there is quite a lot to like about the T-Roc as well. The 1.5-litre engine offers impressive performance and compliments the dynamics of the car. With a 5-star rating by Euro NCAP and the cylinder de-activation tech, it has you covered in terms of safety and efficiency as well. Add to that its quirky crossover design, and you have a car that stands out in a swarm of SUVs flooding the market. The T-Roc, then, is a fun and wholesome family crossover – one that wins our vote of confidence.

X-factor: A fun compact crossover that’s built like a roc(k) and dressed to kill!

Iam owning ameo, all features are excellent but the road clearance is not good, even for small humps is body touches the humps causing uncomfortable drive