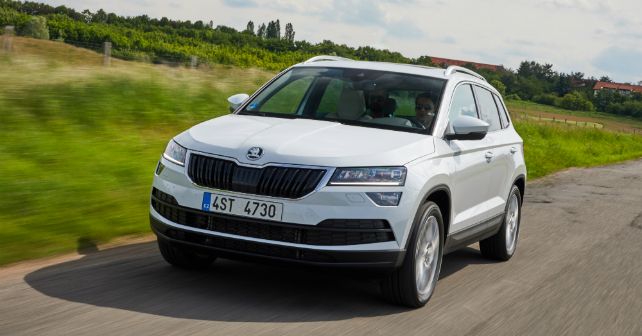 The Skoda Karoq is coming to India. It’s touted as a replacement for the Yeti, which means that it has to be similarly engaging to drive and, at the same time, be SUV-enough for today’s buyers. So, can it deliver?

Half-a-decade ago, Skoda wasn’t focused on SUVs. The Yeti was the only SUV they had on offer, and it was a highly underrated product. It had great build quality, superb dynamics and decent off-road ability. But the Yeti did miss the mark in a few areas. First, it didn’t feature conventional SUV design. Second, its price-to-size ratio wasn’t the best, to say the least.

With the Yeti finding limited takers, Skoda was forced to discontinue it in 2017. Later that year, they revealed plans of replacing it with the Karoq. It’s scheduled to be launched in India towards the middle of next year. So, when we got the chance to drive it at Skoda’s global Headquarters in Mlada Boleslav, we grabbed it.

Playing safe
Fans of the eccentric design of the Yeti will be somewhat disappointed with the Karoq. Shaped like a conventional SUV, the Karoq looks like a scaled-down version of the Kodiaq. Skoda has clearly played it safe in terms of design. While the Karoq’s conventional design won’t make you fall in love with it, there’s no denying that its SUV design is sure to appeal to a larger audience – at least in comparison to the Yeti.

At the front, the Karoq gets a bold grille that has become a signature for all Skoda cars, horizontally stacked headlights with LED DRLs and a wide front bumper. It’s when you look at the Karoq from the side that you notice that it’s considerably smaller than the Kodiaq. In comparison to the Yeti, though, the Karoq is longer and wider. I’m not a huge fan of how the car looks from the back, as it loses some of its sharpness in design when viewed from the rear. 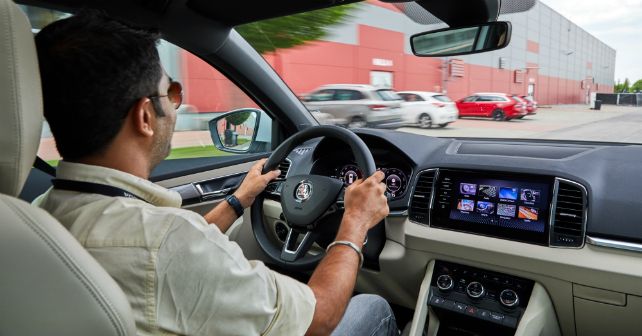 Inside job
If you’ve seen the Kodiaq, the interior of the Karoq will surely look familiar. The steering is an identical three-spoke unit, the climate control buttons are the same, and it also has vertically-placed air-con vents. The shape of the dashboard, however, is different. Taking centre stage is a large 9.2-inch touchscreen infotainment unit that comes paired to a 12-speaker audio system.

The front seats are well crafted, with good support for your torso and thighs. This should make spending long hours in the driver’s seat a rather comfortable affair. You sit high in the cabin, which gives you a wide view from behind the wheel. The cabin is high on the practicality quotient too. There are quite a few cubby holes that can hold large 1-litre bottles, and there’s also a tiny trash bin on the driver’s side. The Karoq also comes with wireless charging function. And build quality feels solid, just like you’d expect from a Skoda.

Space at the back isn’t in abundance, but there’s sufficient knee and head room for comfort. With three passengers at the back, there may be a struggle for shoulder room however. Moreover, the transmission tunnel and the rear air-con vents intrude into the knee room.

But the Karoq shines bright in the practicality department thanks to the VarioFlex seats at the back – a feature that was also present in the Yeti. The rear seats move fore and aft and can be pushed back and reclined for added comfort.  The 40:20:40 split allows multiple permutations and combinations. You can fold and tumble the rear seats for more boot space, and if that still isn’t enough for you, they can even be removed completely. You can even convert the rear bench into bucket seats by removing the centre seat altogether. All of this really makes the Karoq a sensible and practical option. Just like the Kodiaq, this one gets an umbrella too, and a removable light in the boot that can be used as a torch. The Karoq also features a rear-seat facing phone/tablet holder on the front head restraints, a tray for the rear passengers and several hooks to hang some luggage.  Unfortunately, it misses out on some other ‘simply clever’ features, like the neck pillows and the door protector that you find on the larger Kodiaq. 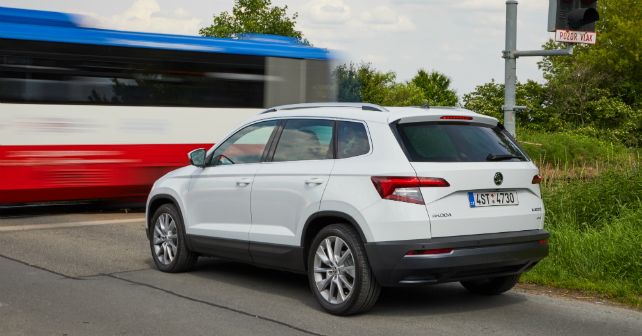 Pulling Power
In the global market, the Karoq comes with a choice of two diesel and two petrol engine options. The one that we got our hands on was the 2.0-litre diesel – same as the Kodiaq. In this car too, it produces 148bhp and 340Nm. The Karoq’s torque band is wide, ranging between 1,750 to 3,000rpm. There’s a bit of lag before the torque kicks in, but once you cross 1,800rpm, the car pulls cleanly.

The Karoq is around 300 kilos lighter than the Kodiaq, which really shows in the way it performs. Acceleration definitely feels quicker, and this reflects in the 0 to 100km/h timing too. Skoda claims that the Karoq can do the dash in just 8.8 seconds, one second faster than its 7-seat sibling. The Karoq feels really strong in its mid-range, which makes overtaking quite an easy affair. Push the car further, and it starts to get a bit noisy and the performance diminishes too.

The Karoq comes mated to a 7-speed DSG, and gear shifts are as smooth as we’ve come to expect in all Volkswagen Group models. Handling isn’t the Karoq’s strongest point – it doesn’t feel as engaging to drive as its larger sibling (or even the Yeti for that matter). That said, it isn’t a complete slouch either. But we would have preferred a little more feel from the steering.

Switching to Sport mode does add some amount of weight to the steering, but that still doesn’t make up for the lack of communication. Our test car sat on 20-inch wheels, which made the ride quite firm. The India-spec model is likely to sit on smaller wheels, which should improve its ability to tackle bad roads.

Worth waiting for?
With the Karoq, Skoda has purposefully avoided the mistakes they made with the Yeti. They’ve given it a conventional SUV design, added an automatic transmission and kept it relevant in terms of features and equipment too. The engine performs up to expectations, and the car feels composed.

Skoda has officially announced that the Karoq will make its way to India around mid-2020. It’ll be brought via the CBU route, so expect its price to be on the higher side to start with. Setting the price aside, will the Karoq be a good addiditon to the segment? Definitely! But it’s not quite as edgy or engaging as the Yeti. 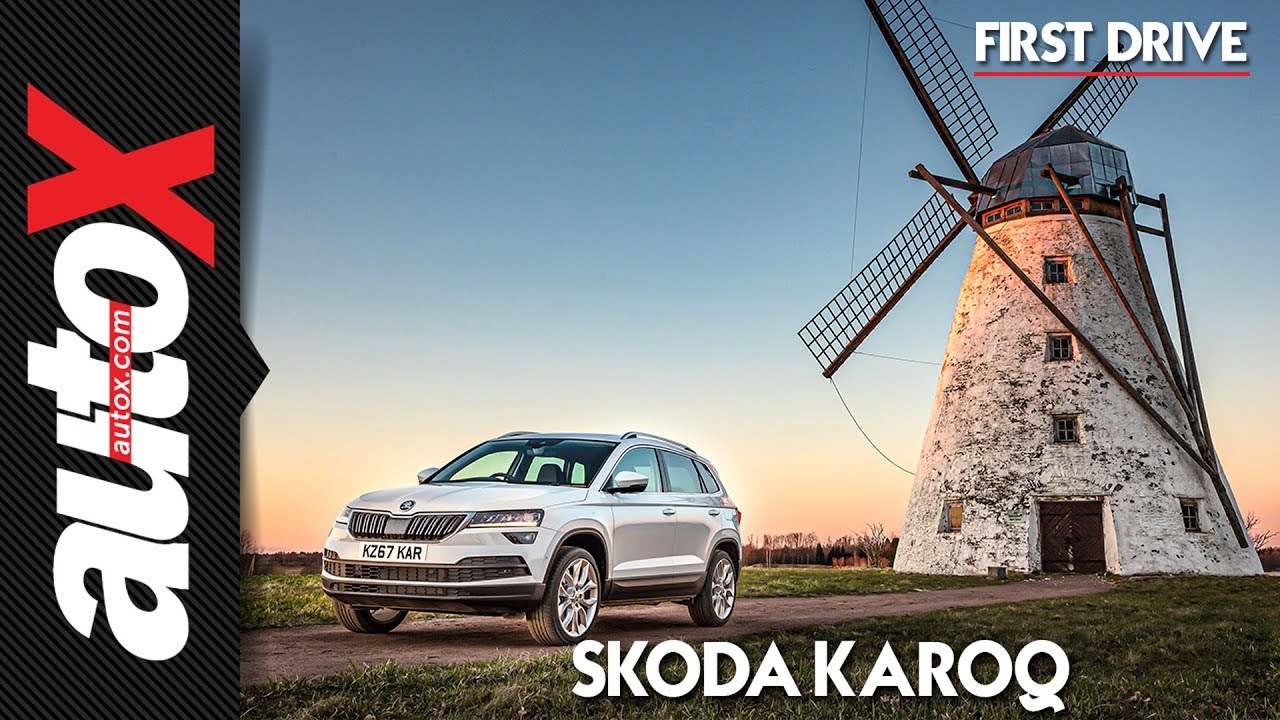 X-Factor: The Karoq hits the right note for a conventional family-friendly SUV, but misses the beat of the enthusiastic buyer. 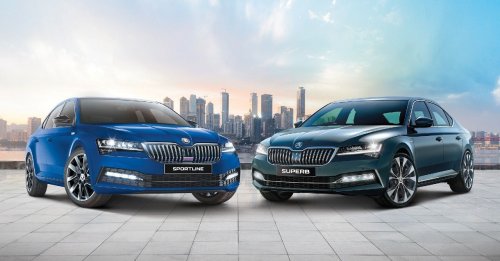 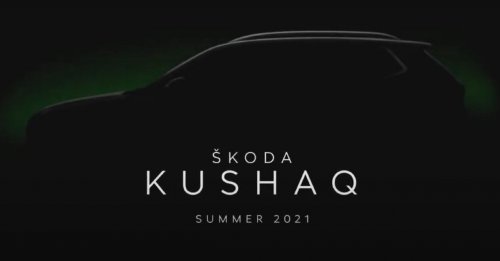 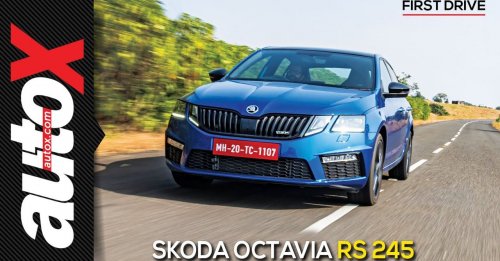