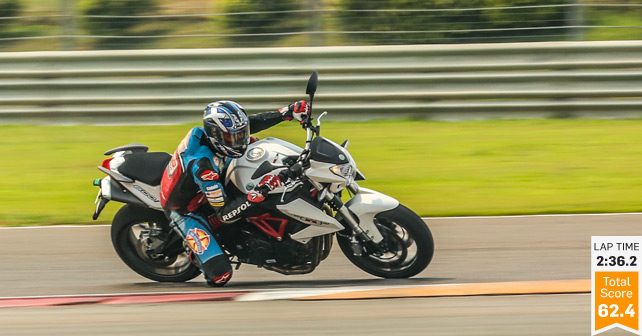 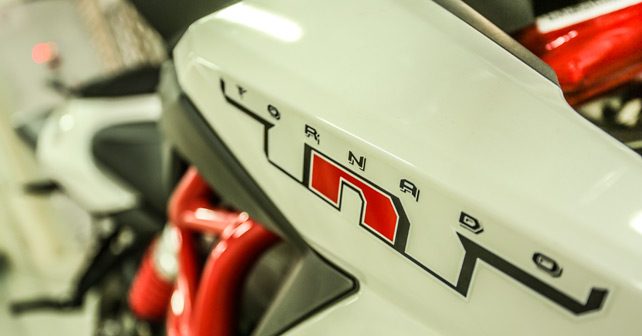 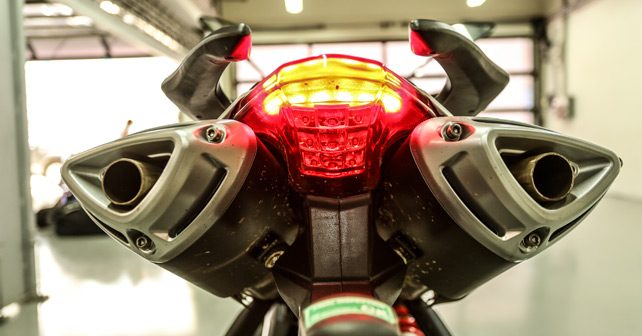 Benelli have been making bikes for a long time, but the TNT 600i is the first bike to come from them since the takeover by Chinese company Qianjiang. The bike was launched globally in 2014, so it’s not really a brand new bike – but it was unveiled in India this year along with the other Benelli products. And that’s probably why the TNT600i didn’t score as well overall as some of the newer machines. The bike’s build quality isn’t the best, but it’s still well put together. It’s also a very heavy bike for the mid-capacity segment, since it weighs 220 kilograms – which is pretty heavy for a naked version.

The 600i is a basic naked motorcycle in design, but it looks brilliant – which is its strongest attribute. It’s aggressive, and does demand attention. It shares its design and styling with all the other TNT models, so it’s hard to distinguish it from its bigger siblings. 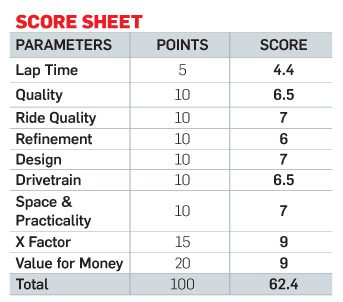 The bike houses a 600cc in-line four-cylinder engine in a brand new chassis, and it produces 81bhp and 52Nm of torque. The initial acceleration is pretty good, but its mid-range power isn’t especially exciting. You need to cross 7,000rpm for the bike to get going, and it needs a lot of throttle twisting at low revs for the torque to kick in. But, the overall ride quality and refinement are quite good. The front upside down forks are a thick 50mm and the monoshock at the rear is preload adjustable. Sarath was impressed with the bike, and said that it handled really well around the track – and he also set a very good lap time. However, he did mention that the overall quality of components could have been better.

The riding position feels sporty, slightly aggressive with the pegs set back slightly – so it’s not really ideal for city riding. The bike’s weight doesn’t make riding in the city easier either. However, it’s still quite comfortable to ride, and it’s compact – so it did score decently in terms of practicality. Unfortunately, the bike doesn’t carry much value for its high price tag, and it doesn’t really compete well against its closest competitor – the Kawasaki ER-6n.

The TNT 600i does have great potential, but it needs to be updated in certain areas, such as the drivetrain and overall quality – although many people may just buy it for its brilliant design. However, it can still be fun to ride around the track.