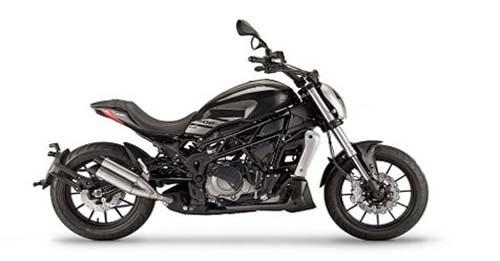 Benelli 402S is not launched in India yet. Information on this page is tentative.

Unveiled at the 2017 EICMA in Milan, Italy, the Benelli 402S is the company’s upcoming power cruiser for India. Straight off the back, the 402S looks heavily inspired from the mighty Ducati Diavel (or XDiavel) be it the short seat, exposed frame, fuel tank or the rear number plate holder.

The Benelli 402S will be powered by Benelli’s 402cc fuel-injected liquid-cooled motor that churns out 39.5bhp and 35Nm of torque. The engine will be mated to a six-speed transmission, which in turn transfers power to the rear wheel via chain drive.

There is no word on whether the 402S will make its way to India, but if it does, expect it to be priced around ?4 lakh, and a launch date sometime throughout the end of 2019. At this price, the 402S will be competing against the Bajaj Dominar 400 and the Royal Enfield 500 range.