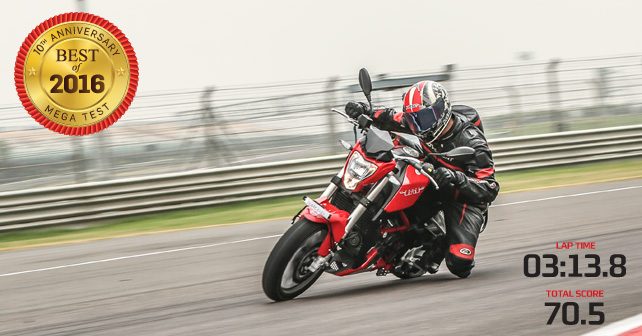 DSK-Benelli took a big risk entering the quarter-litre category in India. However, they’ve managed to bring in a superb product at the right price point. Even though it might not be a bestseller in its category, it certainly deserves praise for its gorgeous Italian design, high quality components, master-class engineering and true-grit handling when taken around the BIC. There were so many parameters where the TNT 25 scored so well that its few shortcomings didn’t even matter. Out of all the bikes that were launched in 2016, the TNT 25 is perhaps the most underrated motorcycle of the year – and it certainly deserves a lot more attention than it’s getting. 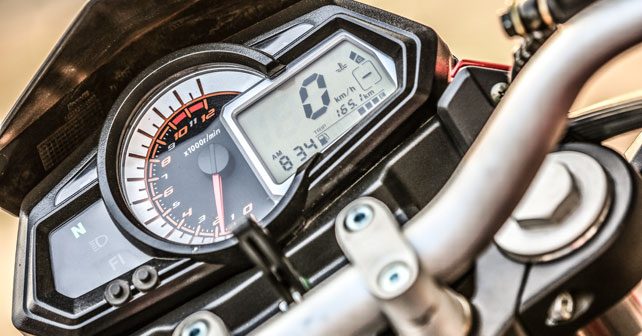 With a no-nonsense approach, this naked streetfighter looks aggressive and sporty with its flat handlebar, sharpened fuel tank, 41mm upside down front fork, alloy wheels, and exposed trellis frame. The riding stance is comfortable, but because of the bike’s sporty character you’re forced into a more track-oriented position – which, of course, makes the riding experience even more fun. And speaking of the track experience, the TNT 25 was certainly a lot of fun around the BIC. The suspension did seem a bit too soft for the track, but it held up pretty well nonetheless. The bike balances itself nicely and the steering, as well as overall handling, is quick enough for you to throw it from side-to-side completely effortlessly.

Even though its single-cylinder 249cc engine has the lowest power output in the segment, it’s still pretty fast. The throttle reacts just as quick as your wrist turns, while the 6-speed transmission is super smooth and the gears are well spaced – which allows the engine to pull nicely from mid-revs. 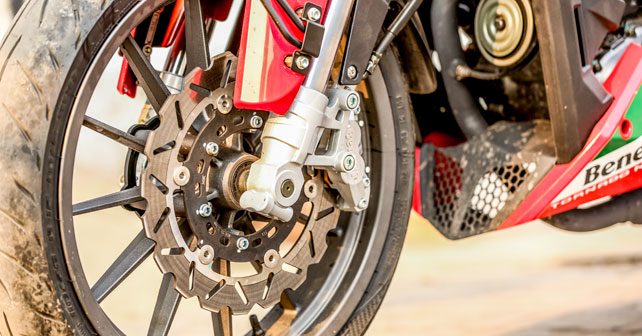 On the highway, you should easily be able to reach high cruising speeds without stressing the engine, which feels calm and composed – almost all of the time anyway. This means that you would certainly be able to take the TNT 25 on long rides. It’s small and compact, and can be fun for anyone to ride – which makes it a great urban motorcycle. But what we like the most about the TNT 25 is that it’s easily available to the masses because of its competitive price tag. It’s an extremely fun, refined, and highly versatile motorcycle for a great price – and let’s not forget that it’s a naked Italian beauty! 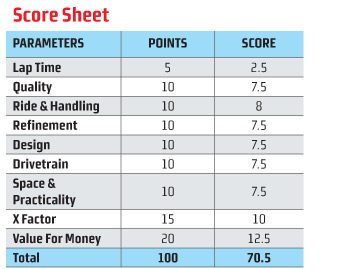 That being said, it could have had some more juice in terms of overall power, and it could do with a better turning radius. But this didn’t affect the amount of fun we had with the bike – both on the road and on the track – and that’s why the TNT 25 deserves to be one of our ‘Best of 2016.’