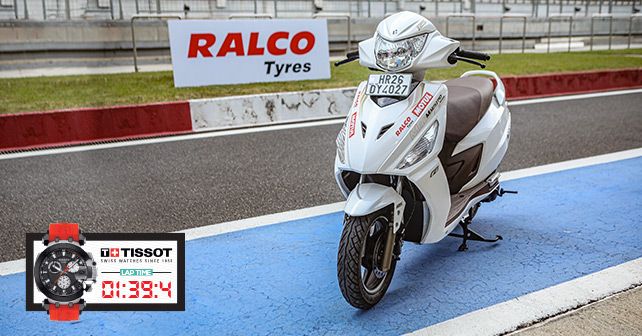 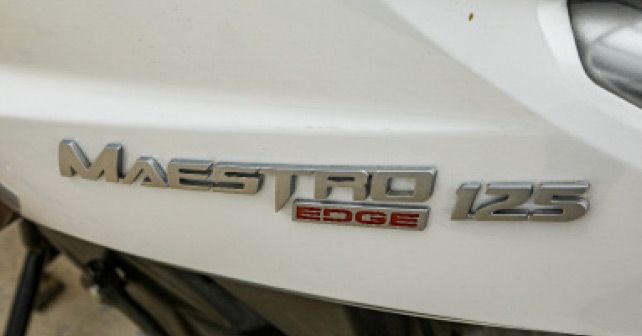 The Maestro is a familiar name in the Indian scooter space, and this year Hero MotoCorp decided to capitalise on that and introduced its 125cc iteration. To make it stand out from the 125cc crowd, the company even added fuel injection to it, making it a segment-first.

The 124.6cc scooter develops 9.1bhp in this FI guise. At 10.2Nm, the torque rating remains the same as the carburetted trim. The Maestro Edge 125 surely feels quicker than its 110cc sibling, but it isn’t quite as quick as some of the other 125cc offerings right off the line.

The Maestro clocked a lap time of 1:39.4 around the short loop of the BIC, a colossal six seconds more than the TVS Ntorq 125 that ranked in the top three last year. That said, the Maestro Edge 125 FI feels noticeably more refined than its smaller sibling. 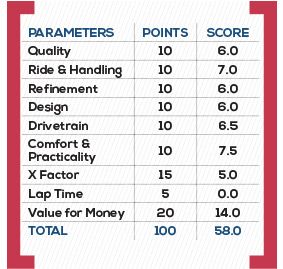 Like most scooters in this class, the Maestro Edge sits on a 12-inch wheel up front and a 10-inch wheel at the rear. Around corners, it feels planted, but, once again, it’s just not as confidence-inspiring as the Ntorq. Stopping power comes from a 190mm disc at the front and a 130mm drum at the rear. Braking is progressive, and bite only comes after pushing hard on the lever. We would have loved a little more bite from the brakes.

The Maestro Edge 125 isn’t ground-breaking in terms of design either. In fact, it looks quite similar to its 110cc sibling. Some panels along the sides, the taillight, and the front cowl have been redesigned marginally. Hero MotoCorp has, however, tried to make it stand out from others with a dual-tone paint scheme.

This is a great scooter by Hero so far. But this has a very tough competition with TVS Ntorq 125 which is the best selling 125 cc scooter in India. 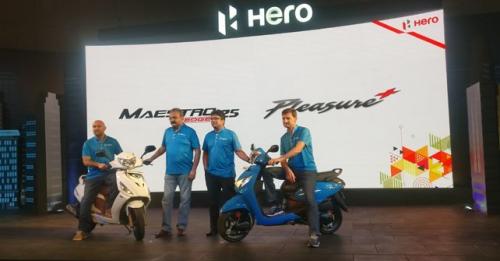