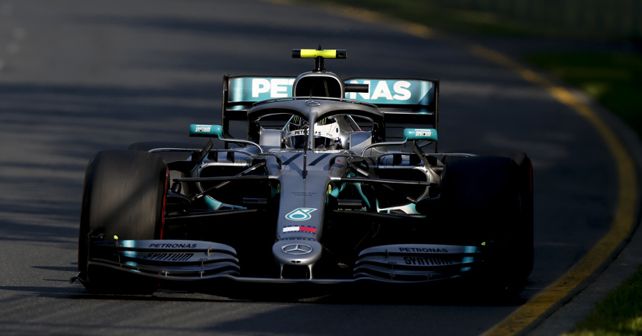 The brand new Formula 1 season kicked off in Australia with Valtteri Bottas of Mercedes-AMG taking an authoritative win, ahead of his teammate and reigning champion Lewis Hamilton and Red Bull Racing’s Max Verstappen.

In the qualifying, Mercedes were comfortably ahead of their main rivals Ferrari and Red Bull, but it was Hamilton who grabbed the first pole position of the season, while Bottas took the second spot on the grid, with Ferrari’s Sebastian Vettel and Verstappen lining up behind in 3rd and 4th spots, respectively. Come race day, Bottas made a cracking start and jumped ahead of his teammate right from the start and then reeled him in lap after lap. Bottas’ pace was so relentless that he finished over 20 seconds ahead of Hamilton in the same car, over the race distance of 58 laps. Not only that, Bottas hammered a series of fastest laps and in fact took the extra 1 point for posting the fastest lap of the race. Whichever way you look at it, this is definitely not going to go down well with his teammate and five-time world champion.

Verstappen may have finished the race in third, but he looked pretty strong and happy with the performance of their new power unit from Honda. In the race, he cruised past Vettel, while in the closing laps came really close to snatching the second position from Hamilton. Verstappen’s third-place also meant this is the first time since Silverstone 2008 that Honda have stepped on the podium. The folks back at Japan must be mighty pleased with their efforts, especially after all the bashing they got upon their return in F1 with McLaren between 2015-2017.

The biggest loser in the Australian Grand Prix was perhaps Ferrari. In winter tests, it looked as if they’ve got the measure of Mercedes, but both their cars struggled to make any impressions on their rivals. In fact, Vettel finished nearly 57 seconds behind Bottas. His teammate Charles Leclerc finished a second behind him, and was clearly faster than Vettel towards the end of the race, but was apparently directed by the team to stay behind and finish the race in fifth.

The midfield teams fought tooth-and-nail to take the best of the rest positions, and it was Haas’ Kevin Magnussen who finished in sixth place, ahead of Renault’s Nico Hulkenberg in seventh and Alfa Romeo’s Kimi Raikkonen in eighth. Lance Stroll of Racing Point silenced a few critics by finishing in points as he crossed the line in 9th position. Daniil Kvyat grabbed the 10th spot in his Toro Rosso, as he fended off Red Bull's Piere Gasly in the closing stages.