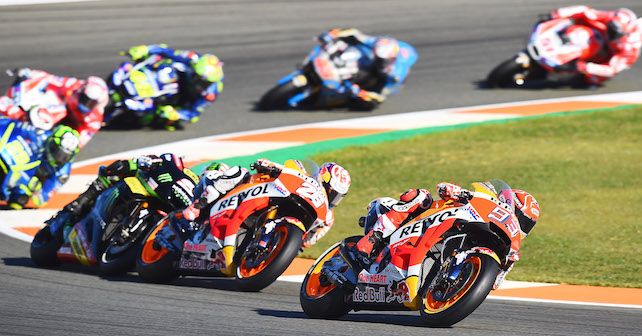 With Covid-19 pandemic bringing the world to a state of a complete lock-down, it's unlikely that MotoGP fans will get to see the 2020 racing action kick off anytime soon. So, as most of us sit on our couches all day, here are six MotoGP documentaries that'll help you curb those pesky racing pangs.

We’re all well aware that Coronavirus, or Covid-19, has brought the world to its knees. And unless you happen to be a real-life hero, or someone working in essential services, it’s very likely that you’ve been pushed back inside your house for days, thanks to ‘complete lockdowns’, which are being rapidly implemented across the globe as well as in India to stop the virus from spreading.

Of course, due to the current lockdowns, most of us are working-from-home – apparently. However, while we all pretend to work our 9-5 shift diligently, everyone and their grandma knows for a fact that losing concentration from your day job is quite easy when you’re sat on your sofa instead of your office desk – especially when you’ve a world of online streaming services available for you. Sure, there’s a lot of content for everyone out there, but if you happen to be a fan of MotoGP – like myself – there are a lot of unseen documentaries (I am assuming you’ve already watched classics like Hitting the Apex, Faster, and Fastest?) on the internet, which you may have missed earlier. And since I am, erm, working-from-home these days, I’ve stumbled upon some really amazing MotoGP films, which I believe you should also give a watch.

Here are six hidden gem MotoGP documentaries that I owe to Covid-19,

You’d imagine the life of a top MotoGP rider is all about riding prototype racing machines to breakneck speeds and being famous. Oh, and they also make big bucks and travel around the world on company money to do what most of us would describe as the-best-and-most-thrilling-job-in-the-world. Now while all of that is true, there’s as always, another side to the story that’s often untold – things like personal sacrifices, mental pressure, physical pain, career ups and downs, and the struggle to have the motivation to get going when you’ve hit rock bottom. This documentary captures these emotions beautifully as it takes the viewer up-close to factory Ducati rider Andrea Dovizioso, showing his career highs and lows in the 2019 season, where he yet again gets beaten by Marc Marquez for the third time in a row. It’s a riveting story, and you must watch it as it paints a totally different picture of MotoGP to what we’re so used to seeing. Like, who’d have thought that a top-level MotoGP racer is also grilled the same way by their bosses like us mere mortals, when we don’t meet the set performance targets!

This is another gem of a documentary, which encapsulates the history of motorcycle racing since 1949 to 2016. Whether you’re a new MotoGP fan or have been following the sport for decades, this film will give you goosebumps all the way as you get to hear and see more about the legends of the past and the present. From Giacomo Agostini to Mick Doohan, and from Valentino Rossi to reigning champion Marc Marquez, everyone is in this documentary to tell you what MotoGP means to them.

Despite being a Dani Pedrosa fanboy for more than a decade, I am ashamed to tell you that I’ve discovered this documentary only a few days ago. This documentary came after Pedrosa called it quits in 2018. Many of us remember him as a rider who never won a championship despite being on top machinery. However, those in the know, they’ll tell you how Pedrosa is one of the most talented and fastest MotoGP racers of his era. If it weren’t for sheer bad luck (remember San Marino 2012?) and uncountable injuries, Pedrosa would have had at least one MotoGP title, if not more. In addition to Pedrosa’s struggles, this documentary, also highlights his graciousness and humbleness, which are the things he has always been admired for by his fans and foes alike. Oh, and it also has a very cool 2-stroke custom motorcycle, which was made specially for Pedrosa after his retirement. 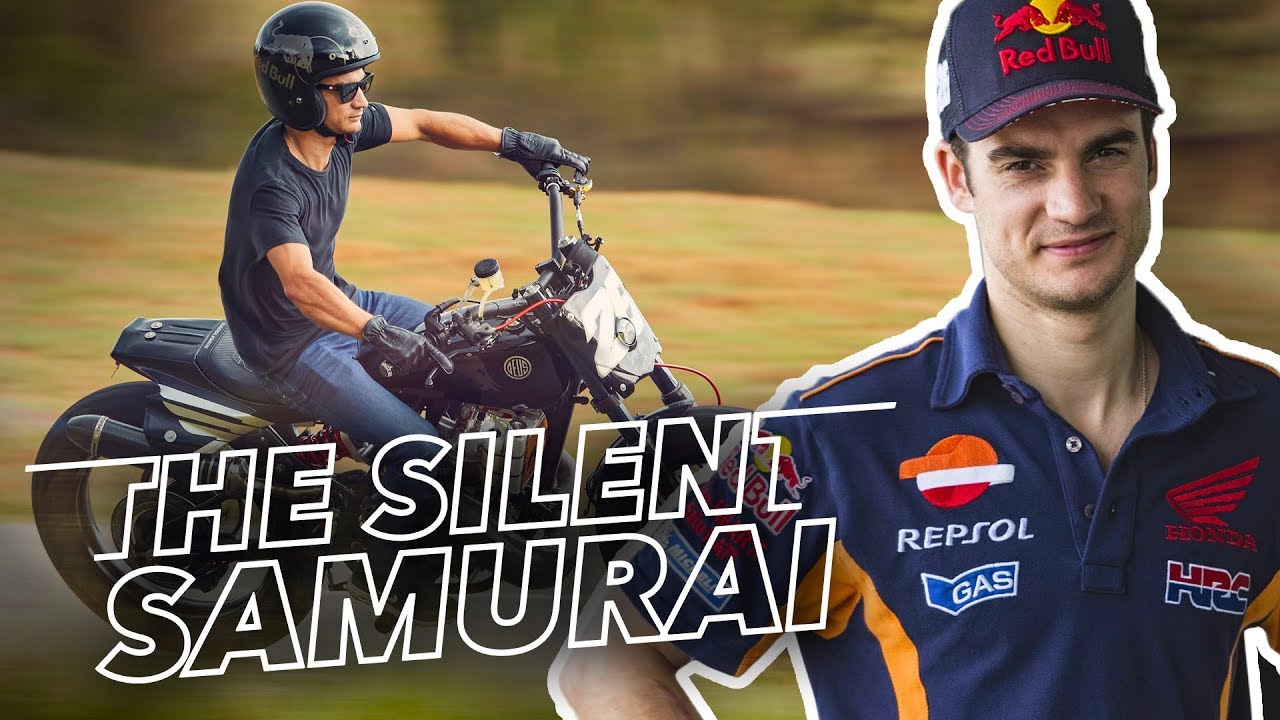 Say what you may, but Valentino Rossi is unarguably the most popular and most loved motorcycle racer in the world. So, what makes him so great and so special? Well, this documentary pretty much brings all the answers, as his friends and people close to 'The Doctor' argue that he's probably the greatest MotoGP racer of all time. You also have some great insights from the man himself, as to what keeps him going even after having won 9 world titles! A must, must watch film for any MotoGP fan. 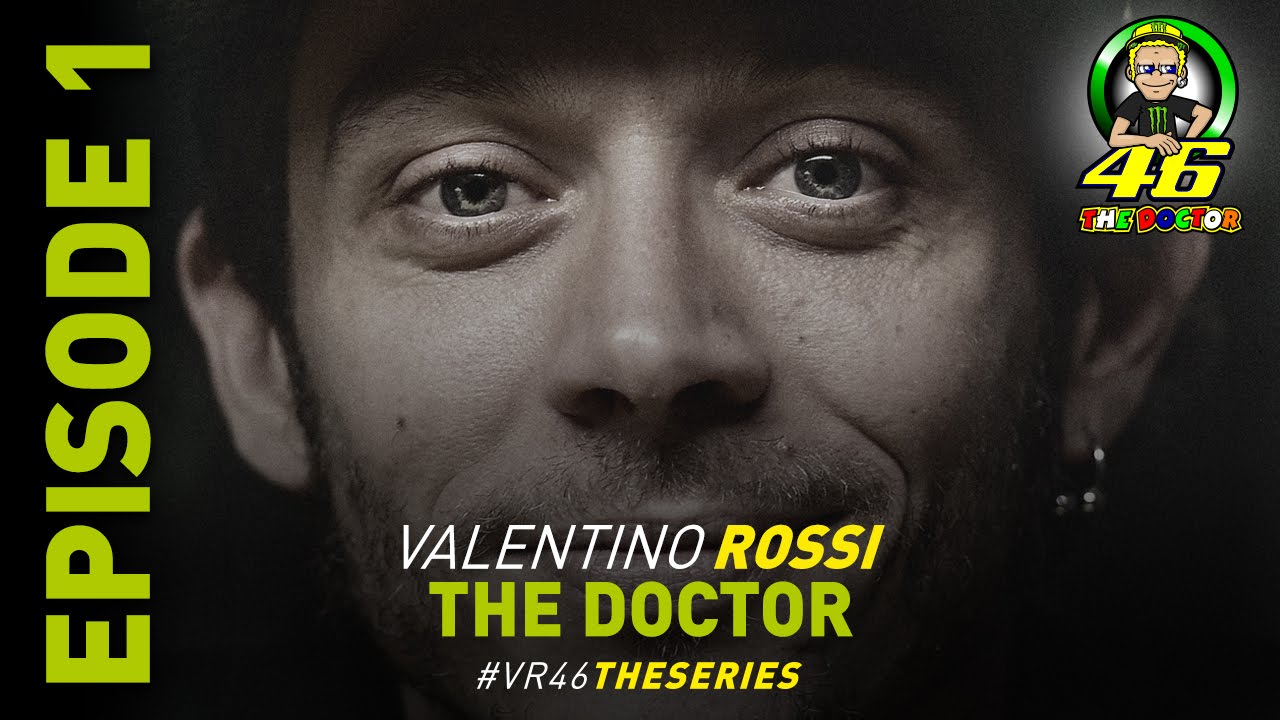 Love him or loathe him, but you can't ignore Marc Marquez. Ever since he began racing in MotoGP, Marquez has changed the rules of the game. His relentless speed and physics-defying riding skills have in fact made some of the best motorcycle racers, including Rossi, Jorge Lorenzo, Pedrosa, and more, look quite mediocre in the past few years!

Marquez now has 8 world titles to his name (6 in MotoGP + one each in Moto2 and 125). He's only 27, and he's showing no signs of slowing down. However, while everything seems to come easy for Marquez, that is not the case. In this five-part documentary, you get to see what makes Marc Marquez the best motorcycle in the world. Sheer talent backed by determination and grit, as he laughs his troubles off in the face of adversities. Not to mention, you’ll also see how he trains like an animal to keep himself at the top of the game. This documentary however primarily focuses on his 2019 challenge, and how he goes about having his best premier class season, despite a shoulder injury, increasing challenge from rivals, and a more difficult bike to ride.

Casey Stoner: The Age of 27

Had Casey Stoner continued racing, things would have been completely different in MotoGP right now. You see, it was Stoner’s voluntary retirement that forced Honda to get Marquez out of Moto2 and into the Repsol Honda factory squad in 2013. There’s no denying that Marquez has bettered Stoner in every possible way, but that’s not to say that Stoner was any less talented. In fact, before Marquez came along, he was considered the best raw or natural talent in the field. And like Marquez is doing now, he was one of those very special riders who could ride around the problems of a motorcycle and drag it to the podium, or win on it, come rain or shine. Before calling it quits, Stoner bagged two-world titles, one with Ducati (2007) and the other with Honda (2011). However, it was the former that he is best known for since it’s Ducati’s one and only MotoGP championship till date! In this documentary, you’ll get to see how Stoner rose to fame and made his way to the top, and then how he got all bored of it within years, and retired at the age of just 27!