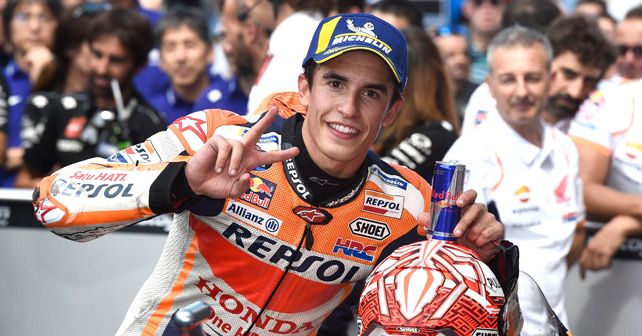 Marc Marquez is on course to become one of the greatest motorcycle racers of all time. In fact, going by his current form, he might well surpass all the greats of the sport! To understand why he’s so fast, we threw some questions at the Red Bull athlete and five-time MotoGP world champion.

Let’s start with a simple question – why are you so fast? No one seems to be near you at the moment!

Ha ha, I always try to give my best to be as fast as possible, and I believe that I am in a good phase right now, which also helps.

Many people believe that the Honda RCV isn’t as easy to ride as you make it look. Is that true?

The Honda is special, and I always say that it’s not easy. I've never banned anyone from being my teammate and ride with this bike. But I must say that I’m really happy with the bike and with the team.

How different is your current riding style compared to your first year in MotoGP? And what adjustments did you have to make to extract maximum performance from your bike over the years?

They all talk about saves. It’s not a riding style or something that I can train for. It’s an instinct. And my crashes and saves, probably, depend on my own riding style. About adjustments, every year we have to work hard to improve the motorbike. In fact, every team improves their bike every year, and we can’t afford to not to do the same. We simply try to improve the bike and ride as best as possible. 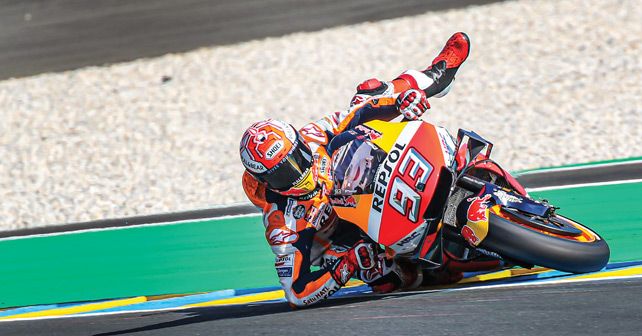 King of saves! While Marquez has won a lot of laurels at a very young age, what really makes him truly special is his brutal riding style and physics-defying saves. This one here is from the French round at Le Mans in 2019.

Which of the current MotoGP riders do you think is the toughest rival to crack – Dovizioso, Lorenzo, Rossi or Quartararo?

I don’t like the idea of picking one of these names. Two years ago, nobody believed that Dovizioso could become a formidable rival in the Championship, but over the past two seasons, he has been our main rival. So, I think all riders are fast and difficult to beat.

While you had some fierce competition from Ducati last season, do you think they are falling behind this time? And do you think Yamaha riders can be a threat in the second half of the season?

I don’t think so! In fact, Dovizioso and Petrucci are 2nd and 3rd in the championship. So, no, I don’t think that they are falling behind this time. Yamaha seems to have improved a lot in the last races of the first part of the championship. I think both teams are strong, and we’ll have to wait and see what happens in this second part of the season. 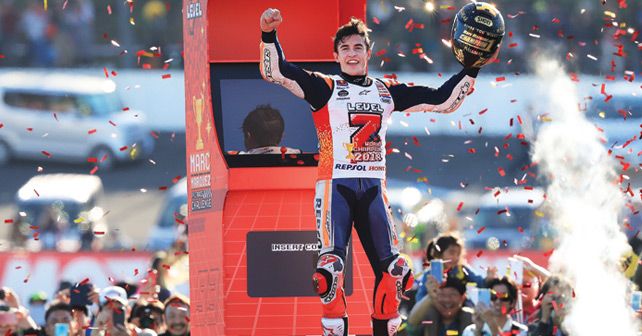 Marquez won his fifth premier class title in 2018. At the moment, he's leading the 2019 championship by over 60 points, and is steadily heading towards his sixth title! Not to mention, he's only 26 years old...

If you were to race any of the former MotoGP champions, who would it be?

I’d like to say maybe Agostini, Crivillé, and Doohan – they all were great and inspiring MotoGP champions.  Yeah, so it would be great to race them.

Most MotoGP fans say that they’ll pay to watch you and Casey Stoner race each other, since you both have a 'raw' riding style. What do you think about this?

Casey proved himself to be a great rider – he was really fast when he was competing, but, then, he took a decision, and now we’re not on the track in the same moment. I can only say that I can’t control which riders will be on the track on each Sunday.

Into the Lion’s Den: Lorenzo vs Marquez at Repsol Honda