Since SWM has fewer or no BS6-compliant vehicles in its product line-up, there is not much to show here. Stay tuned, as we'll update this page as soon as BS6-compliant products are introduced.

An Italy-based bike manufacturer, SWM Motorcycles was founded by Piero Sironi and Fausto Vergani in the year 1971. Christened after the name of its founders, Sironi Vergani Vimercate Milano is based in Milan, Italy. Initially, in the 1970-80 period, all SWM motorcycles were off-road, observed Trials, Enduro, or Motocross based motorcycles. By 1977, the company started producing small capacity Enduro and Trial motorcycles.

As time went by, new SWM motorcycles – in the Trials and Enduro segment – gained traction and the bikemaker even acknowledged Pernod’s trial sponsorship in the year 1982. However, due to an unfortunate turn of events, the company had to shut down and cease production in 1984.

During the EICMA show in Milan, Italy in 2014, the company was reincarnated and consequently announced a series of new motorcycles, six street and off-road motorcycles with engine capacity ranging from 300cc to 650cc. SWM Motorcycles entered the Indian soil in 2018 with their mid-capacity ADV offering, Superdual T with the help of the superbike multi-brand dealer, Kinetic Motoroyale. As of late-2019, the company has its presence in Bangalore and Karnataka. 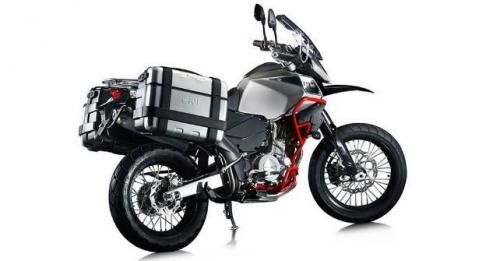 MotoRoyale is offering a limited period price cut of Rs 80,000 on the SWM Superdual T. Last October, MotoRoyale made big news by launching seven motorcycles on the same day including the launch of....