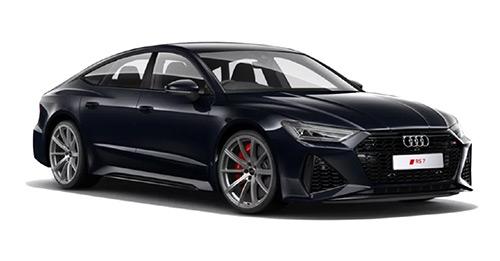 Further expanding its BS-VI approved product line-up in India – after having discontinued almost all the products in its portfolio – Audi has launched the second-generation RS7 Sportback in the Indian market.

Based on the standard A7, Audi has made quite a few changes to give the sportier RS7 Sportback an identity of its own. This means, unlike other supercars, the RS7 Sportback is a four-door model with lots of cabin space. The Audi RS7 Sportback price, on the other hand, is fairly more than its outright competitors, but you do get a lot for your money with the RS7.

In terms of the overall styling, the Audi RS7 Sportback new model surely looks the part. From the aggressive face – replete with a sporty bumper with massive intakes, blacked-out grille, Matrix LED headlamps, highly sculpted bonnet – to the massive rims, the new RS7 looks very intimidating. Moreover, the LED light bar at the rear combined with an electronically-operated spoiler – which pops up as soon as the RS7 hits 100km/h – adds a touch of sophistication to the aggressive design.

The Audi RS7 Sportback variants are as follows: 4.0L TFSI. As for the equipment onboard, the RS7 gets 21-inch wheels, LED headlamps, LED taillamps, leather-wrapped multifunction steering wheel, four-zone climate control, Audi virtual cockpit, MMI navigation plus infotainment system with B&O premium sound, electronically adjustable front seats, and a head-up display as standard. You can further add additional equipment to the car, which will, then, result in the increment of Audi RS7 Sportback on-road price.

As its sporty intents suggest, the RS7 Sportback gets a black theme for the cabin, with a touch of red highlights. Audi’s MMI system along with the climate control unit takes up the centre space of the dashboard. Moreover, the three-spoke RS steering wheel and S sport seats add further to the sporty interiors of the 2020 RS7. The materials are, of course, very high in quality and they do have a nice texture to them.

The 2020 RS7 comes powered by a 4.0-litre twin-turbocharged petrol engine (paired with a 48-volt mild-hybrid system), which is good for 591bhp and 800Nm of torque. The engine comes paired to an eight-speed automatic gearbox and Audi’s Quattro all-wheel-drive system as standard. The RS7 takes just 3.6 seconds to breach the 100km/h mark from standstill. Lastly, Audi has limited the top speed at 250km/h electronically. You can opt for the Dynamic Package or Dynamic Plus Package to increase it further to 280km/h and 305km/h, respectively. 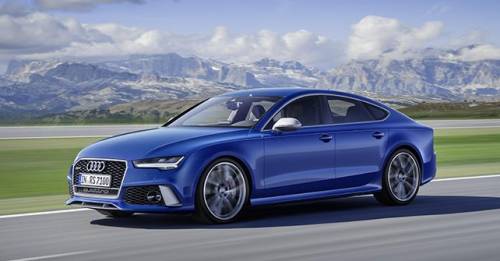 The 605hp, Audi RS7 Performance has been launched in India for Rs. 1.59 crore ex-showroom Delhi. The Audi RS7 is not really much of a slouch, it.... 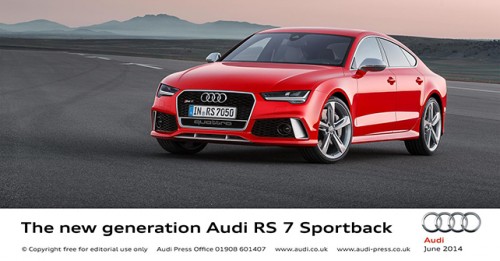 Audi recently unveiled its sloping powerhouse the 2015 RS7 Sportback.  This 5-door coupe comes across more edgy even though it has received a minor make over. The all dominating front grille gets....

What is the current on-road price of Audi RS7 Sportback?

Currently, the Audi RS7 Sportback is priced at Rs. 1.94 Crore for the base 4.0L TFSI trim.

What is the price of the top variant of Audi RS7 Sportback?

Which year did Audi introduce the RS7 Sportback in India?

The Audi RS7 Sportback, in its current form, was introduced in 2020 .

What are the top competitors of Audi RS7 Sportback?

The Audi RS7 Sportback goes up against the BMW M8 and Mercedes-Benz S-Class in the Indian market.