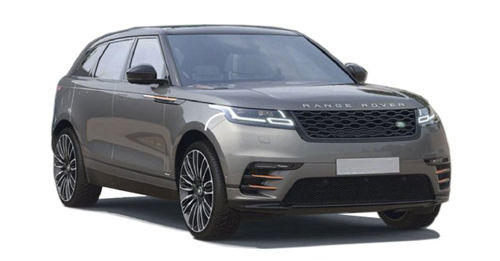 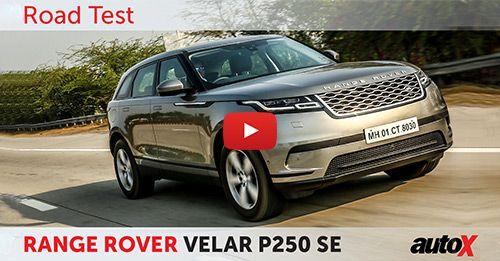 Land Rover's Range Rover Velar is the fourth Range Rover model in the line-up and has been positioned between the smaller Evoque and the larger Range Rover Sport. It uses aluminium intensive construction and is based on the same wheelbase as well. While other German brands have their lot on offer, Land Rover steps in with what is easily the most attractive luxury crossover on the market. Add to that the solid build quality, a host of clever technology bits and a 2.0-litre Ingenium petrol engine for the 2018 model. The Velar is more of a road-biased SUV, but that doesn't mean it falls short on skill when going off the road – speaking of which, it comes with four-wheel drive as standard. The Velar gets its name from the Latin word 'velare'.

Visually, the Velar is easily the snazziest looking SUV in the entire Land Rover range. Up-front, it sports a very clean look. Flanked by the large and stylish grille, are two slim headlamps with integrated LED running lamps. Along the side, the flared wheel arches house 19-inch wheels. The crisp lines give the Velar a rather stately appearance, while the rear-end boasts of slender tail lamps surrounded by a gloss-black accent that runs across the tailgate as well. It also has, what appears to be, a slanted rear bumper design with a massive skid plate prominently visible.

The cabin of the Velar is sure to leave anyone impressed. The Touch Pro Duo interface has two high-definition 10-inch touchscreens on the centre console. The one above is electrically adjustable and allows for access to functions like navigation, etc, while the screen below is for adjusting settings for drive modes and climate control. There are also three control knobs on the console that look pretty neat. Head-Up display is an option too, and the steering buttons happen to be touch-sensitive, along with the high-resolution instrument cluster as well. The uncluttered dashboard looks great, and the finish of all the plastics around is typically Land Rover. You will also find quite a few mobile charging sockets and cubby holes around. Drivers will have a good view out-front, while the full glass roof adds to an airy feeling in the cabin. Legroom is decent at the rear, while the seats are nice and supportive. And the rear seats can be split-folded as well. At 632 litres, boot space is good too.

The Range Rover Velar new model is powered by three engine options: a 2.0-litre, diesel engine that produces 177bhp and 430Nm of torque, a 2.0-litre petrol engine that makes 247bhp and 365Nm of torque, and a 3.0-litre V6 diesel engine that makes 296bhp and 700Nm of torque. All engines are paired to an 8-speed automatic gearbox. We drove the 2.0-litre petrol model. The engine is very refined. Acceleration is strong and linear, and it responds to throttle inputs quickly – something that helps when overtaking. You can either have the transmission do its own thing, or you can take control via the paddles. Ride quality is good with the steel springs on offer, but the air-suspension setup on the V6 diesel is sure to feel better. Dynamic mode helps get rid of some of that, and the ground clearance is good enough to ensure most speed bumps are cleared. The same mode also has the steering feel nice and weighty, but the Velar's girth can be felt around corners. Although, the Range Rover Velar on-road price for both the variants is exactly the same, we’d recommend to opt for the diesel for better efficiency.

The Range Rover Velar's ARAI-certified fuel efficiency figure is rated at 22.3kpl for the diesel model and 15.8kpl for the petrol model.

Jaguar Land Rover has announced commenced bookings of the locally made Range Rover Velar. Launched with petrol and diesel engine options, deliveries are expected to being from early May.... 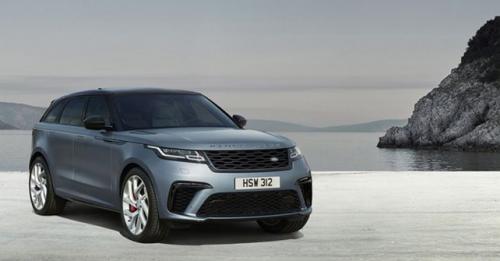 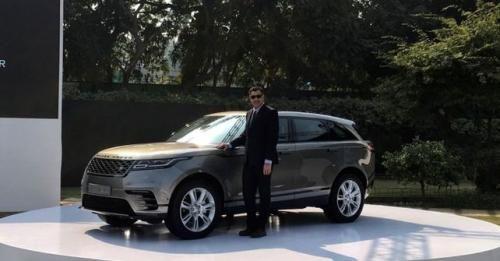 The Velar is the fourth member of the Range Rover series, and slots in between the Evoque and Sport. It is underpinned by the same modular Lightweight Aluminum Architecture found on the Jaguar.... 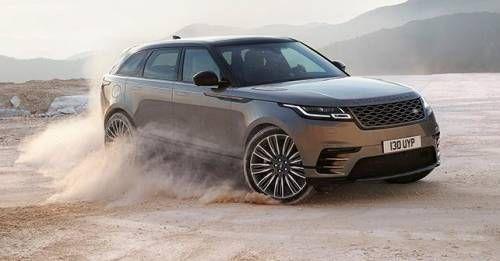 Jaguar Land Rover dealers have initiated the booking process for the upcoming Range Rover Velar in India. With the launch scheduled for the final quarter of 2017, customers can now pre-book the Range....

What is the current on-road price of Land Rover Range Rover Velar?

What is the price of the top variant of Land Rover Range Rover Velar?

Which year did Land Rover introduce the Range Rover Velar in India?

The Land Rover Range Rover Velar, in its current form, was introduced in 2017 .

What are the top competitors of Land Rover Range Rover Velar?

The Land Rover Range Rover Velar goes up against the Volvo XC90 and Land Rover Discovery in the Indian market.