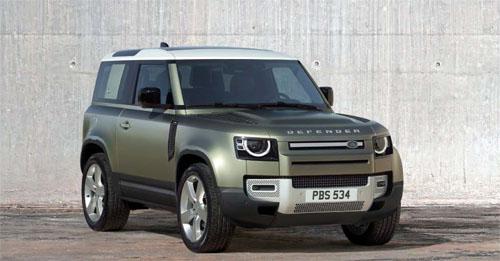 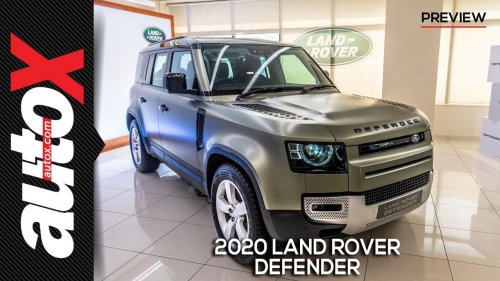 The Defender has a very rich heritage, and in its latest avatar for the 21st century, the Defender comes across as a hugely capable on and off-roader. It's going to be one of the most iconic products in Land Rover’s line-up and will retain its original character in every possible manner. The model will be ushered in as a CBU with the first lot of SUVs being rolled out in August 2020.

Its rather boxy shape and retro design elements come together to create what is the most sophisticated and nostalgic product till date. This not-so-ordinary crossover will come with proper go-anywhere capabilities, armed with the latest, most rugged equipment. The new Defender has certainly had the folks at Land Rover burn the mid-night oil to bring out what is easily a modern interpretation of an iconic model in recent times. The Land Rover Defender prices have been revealed, with the deliveries set to begin in August 2020.

The design of the Land Rover Defender new model may be boxy, but it is new from ground-up. Up-front, it boasts of a protruding in-built bull bar with a single-slat grille above it, further flanked by large, rectangular LED DRL headlamps. It also gets a lot of black cladding all around, giving it a rather butch stance. The bonnet gets a raised portion with some black highlights on either side. The side profile is quite slab-sided, but you will notice the flared wheel arches that house these massive, rugged tyres. It sports vertically-stacked tail lights in the shape of cubes, and it also features a tail-mounted spare wheel and a skid-plate on the lower half of the bumper. The overall silhouette is of a proper, no-nonsense old school SUV in modern times.

On the safety front, it is equipped with ABS, blind spot assist, traction control, 6 airbags, front and rear parking sensors and a driver condition monitor.

The cabin is a perfect blend of minimalist design details while also being solidly built and well screwed together. At the front, it retains its predecessor's bench-style front seats, which should mean that accommodating even up to six occupants on the short-wheelbase model shouldn't be an issue. The SUV's reinforced chassis will ensure that it will carry about 900kgs of luggage.

There are lots of modern, high-tech bits around that give this new Defender a very modern appeal. The large central infotainment display boasts of Apple and Android smartphone mirroring and a digital driver's display instead of analogue dials that can be reconfigured. The design of the dashboard, although rather boxy like the outside, manages to have a very modern design approach to it. Space and comfort should not be an issue, particularly on the long-wheelbase model.

The Land Rover Defender comes with multiple engines for overseas markets, but for India, it will only get a 2.0-litre four-cylinder petrol engine that produces 296bhp and 400Nm of torque, with power being sent to all four wheels via an 8-speed automatic gearbox. It will also come with Land Rover's Terrain Response All-Wheel Drive system. The 90 model will do 0-100 in a claimed 8.0 seconds while the 110 model will manage the same in 8.1 seconds. Unfortunately, there was no official confirmation for a diesel-powered Defender at the time of launch.

Exactly two months after launching the brand-new state-of-the-art Defender in India, on the 15th of October 2020, Land Rover has now started taking bookings for the low emissions plug-in hybrid....

The Land Rover Defender scored an impressive 85% in Adult and Child occupant safety. The one that was put to test was the larger 5-door Defender 110, which is now on sale in India starting at Rs 80....

Subsequent to official launch in February, Land Rover has now commenced deliveries of the Defender 110. The British marquee has also revealed the variant-wise pricing of the new Defender, and it now....

Land Rover announced the pricing of the Defender earlier this year in February, and have commenced the deliveries of the Defender 110 today. We recently got a chance to take a closer look. Here’s a....

What is the current on-road price of Land Rover Defender?

Currently, the Land Rover Defender is priced at Rs. 73.98 Lakh for the base 90 trim.

What is the price of the top variant of Land Rover Defender?

Which year did Land Rover introduce the Defender in India?

The Land Rover Defender, in its current form, was introduced in 2020 .

What are the top competitors of Land Rover Defender?

The Land Rover Defender goes up against the Volvo XC90 and Land Rover Discovery in the Indian market.