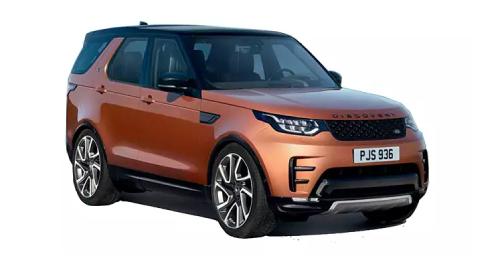 According to Jaguar Land Rover, the Discovery is a package that blends seven-seat practicality, a rugged build, actual off-road skills, and a serious level of opulence into a modern-looking package that, too, at a terrific price. Land Rover Discovery certainly ticks all the boxes for a modern luxury SUV.

In comparison to the previous-spec Discovery, the Land Rover Discovery new model looks modern and stylish from almost every angle. Upfront, the signature Land Rover headlamps are separated by a wide two-slat grille. The vertical vents in the front bumper along with a flash of chrome on the flanks and the snug-fitting muscular wheel arches make the Disco stand out.

In profile, the angular C-pillar is a nice addition, and so are the silver alloy wheels. The rear offset number plate positioning might take some getting used to, but it sure makes the Discovery look ungainly.

The Land Rover Discovery variants are as follows: S, SE, HSE, and HSE Luxury. In terms of the overall equipment you get, InControl infotainment system with a 10-inch display paired to a six-speaker audio system, two sunroofs, parallel-park assist, a heads-up display, a 360-degree camera, and the optional Terrain Response 2 system as standard.

Everything to touch and feel is impressively executed inside the Discovery. The overall interior layout blends the image of a full-size luxury SUV with a capable off-roader. As said earlier, the Discovery shares – or borrows – some of its bits from the Range Rover and Range Rover Sport. Therefore, the nicely padded steering wheel, op-out gear lever, high-quality leather seats, and the wide touchscreen gel well with the overall interior.

Under the hood, the Discovery comes with just a petrol powertrain. It’s the company’s 2.0-litre V6 petrol engine, which is good for 296bhp and 400Nm of torque. An 8-speed automatic gearbox is a standard fitment across the range. Moreover, the engine meets stringent BS-VI emission standards.

The Land Rover Discovery has been launched with an updated face. Gets more features and tech on the inside. There are a total of three engines to choose from, one diesel and two petrol....

The updated Land Rover Discovery gets a reworked exterior and interior design and a bunch of new petrol and diesel engine options. Will also pack more electronics features including Land Rover’s.... 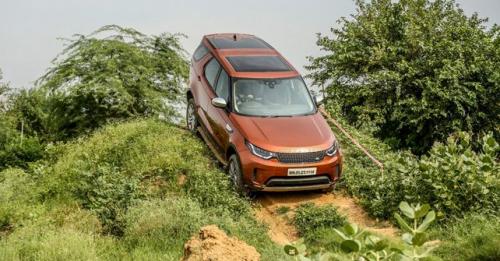 Land Rover has added a more affordable variant to the popular Discovery SUV. Powered by JLR’s 2.0-litre Ingenium diesel motor, prices for the Discovery start at Rs 75.18 lakh. Will be available in.... 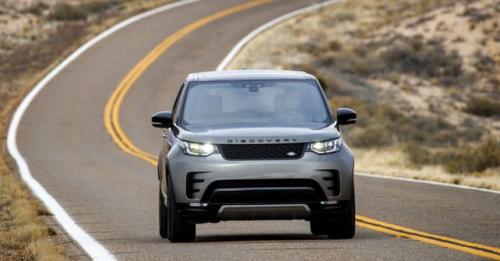 The new diesel engine gains additional 47bhp and 100Nm over the previous one thanks to twin-turbos. Land Rover has globally updated the Discovery with a new V6 diesel engine and more safety tech.....

What is the current on-road price of Land Rover Discovery?

Currently, the Land Rover Discovery is priced at Rs. 88.06 Lakh for the base 2.0 Petrol trim.

What is the price of the top variant of Land Rover Discovery?

Which year did Land Rover introduce the Discovery in India?

The Land Rover Discovery, in its current form, was introduced in 2017 .

What are the top competitors of Land Rover Discovery?

The Land Rover Discovery goes up against the Mercedes-Benz EQC and Volvo XC90 in the Indian market.